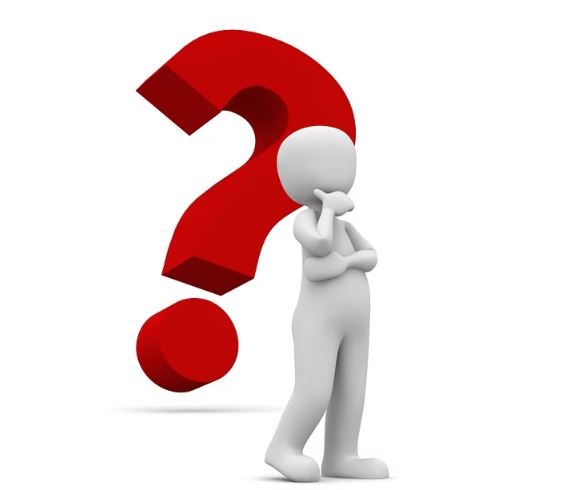 This Saturday, despite fears of Covid19, Queenslanders will be voting in local council elections. One contest I’ll be watching closely will be the race for Mayor in Logan, on the south side of Brisbane.

Paul Taylor is one of those running for Mayor. I know Paul, he is a decent, honest and capable businessman. He is also a Christian and is concerned about the situation in Logan and has been for some time.

His campaign is upfront about his wanting to fix things. The swamp seems to be taking him at his word.

Even supposedly conservative candidates like Stewart Fleming put Labor second in a deal for preferences.

I have been involved in lobbying Logan council previously and wrote an article in 2018 about the Mayor who was stood down amidst allegations of corruption.

Paul is running for Mayor as an independent. He is has made it clear that he is determined to clean up any corruption that may still exist. He suspects that it does.

As part of his campaign, Paul wrote a post on his Facebook page declaring that he believed there were still questionable practices continuing in the Council.

To my mind, the claims he made, look no worse than the usual rhetoric coming from any political campaign. Politicians promising to “drain the swamp,” or “clean up city hall,” are hardly deviating from the well-worn politician’s playbook. When they aren’t kissing babies, that’s just what they do.

Then, however, Paul was contacted by an organisation called the Independent Council Election Observer (ICEO)

They told him that they had been contacted by Ms O’Shea who was concerned about claims Paul made regarding corruption in the current council.

Ms O’Shea thought that these were propagating fake news and she filed a complaint with the ICEO.

From the ICEO letter to Paul which can be viewed here:

“On 19 February 2020, the Office of the ICEO received an email with screenshots of a Facebook post, followed by, on 20 February 2020, a formal review request, from the Interim administrator of the Logan City Council, Ms Tamara O’Shea.”

They then went on to say that:

“Ms O’Shea stands in the place of the dissolved Council and has standing under the charter of the ICEO to make a review request. The attachments to Ms O’Shea’s emails were two screenshots comprising one post from the Paul Taylor 4 Logan Mayor 2020 Facebook page dated 12 February 2020.

The post features a photo of Mr Taylor inset into a picture of a campaign poster or sign headed, “Corruption lives where there is poor leadership.” Mr Taylor is seeking election as Mayor of the Council in the up-coming election.

The text accompanying the picture in the post reads:

“DON’T BE FOOLED into thinking that the unprofessional conduct that we saw from the previous Logan City Council can only be found amongst the dismissed Councillors and Mayor.

The rot goes a lot deeper than that!

Logan is about to elect a new Council however, will these representatives have the guts to expose any questionable dealings by committee members or staffers?

I DO and that’s why in this election my opponents and their faceless political power-brokers, with their developer mates, will stop at nothing to discredit me. They don’t want to see me elected because they know that the gravy train will stop and those who do the wrong thing, will be held to account.

During my campaign, I have already been given information regarding dealings which I personally deem as corrupt behaviour. This is totally unacceptable and has been allowed to fester due to the poor leadership by some of our previous elected representatives.

We cannot afford to have another Council put into administration. Elect me as your Mayor on 28th March and I will see that this kind of behaviour is stopped immediately.

The letter continues, explaining that they had looked into the Parliamentary record regarding the dissolution of the council and said that:

“A fair reading of the proceedings in State Parliament on that day do not support any suggestion that there was systemic corruption in the Council at the time or that was the reason behind the motion to dissolve the Council and appoint Ms O’Shea.

They pointed out that, unlike in the Ipswich case, the remaining councillors in Logan were all on record as opposing the practices that had occurred.

Logan’s Quest Community Newspaper picked up the story telling its readers that:

“A Logan mayoral candidate [and they had photos of Paul as well as his name in the article] has been found to have used “misleading” and “unfair” social media by the State’s Independent Council Election Observer.”

Their ABC also did a piece praising the ICEO and lamenting their lack of coercive power. They quoted both the Liberal and Labor candidates for Brisbane Lord Mayor cheering the new entity and its war on “fake news.”

That’s all well and good, but who are the ICEO?

Paul’s team did some digging and came up with some rather surprising results. Paul explained the situation in a letter to the local Government Minister Stirling Hinchliffe. In the letter, he said that:

“The ICEO is a private association which is administered by a Brisbane law firm and headed by a former judge. It is not governed by legislation and have no authority to fine or prosecute candidates. Neither do they have the authority to investigate election matters.

They are making comments which have the capacity to influence voters and as such should be labelled as election material and should be authorised on their website.”

His team also wrote to the head of the ICEO explaining that:

“As this matter progresses, we welcome your professional research and hope that it is conducted thoroughly by your team (Brisbane law firm King & Company), moving forward. Mr Taylor agrees that it is a very serious matter and he does not want false allegations made by the ICEO, towards his election campaign, in the future.

Being a retired judge of the District Court, we believe that you would welcome a fair assessment of all facts and allegations to uphold the integrity of your association.

We also suggest that you interview Ms Tamara O’Shea and Ms Judith Kerr (from the Albert & Logan News) as our team and many other members of the Logan community know that these people have been informed of alleged misconduct occurring within Logan City Council Administration.”

So, we have this organisation, the ICEO, which is funded by councils through the Local Government Association, headed by a retired judge and run by a law firm.

They won’t accept complaints by the public, only from candidates (presumably of their choosing).

They claim to be calling out “fake news” but are targeting small independent candidates whilst seemingly ignoring similar incidents from the major parties (as in the example above).

The organisation is set up to mimic an approved body, yet in reality, it is no such thing.

For some reason however, the press and the current councillors are beating a path to the door of this newly formed entity asking for their blessing as if they actually were an important body.

Something just doesn’t seem right about this outfit. I think that someone (probably the ECQ I guess) should be looking into them and asking some hard questions.

As for Paul Taylor, he may not be as wealthy as Donald Trump, but he seems equally determined to drain the Logan Swamp if he gets into power.

He is also a very real contender for the position of Mayor, which is probably why the rest of them are panicking so much.

Let’s hope the people of Logan give him a chance.