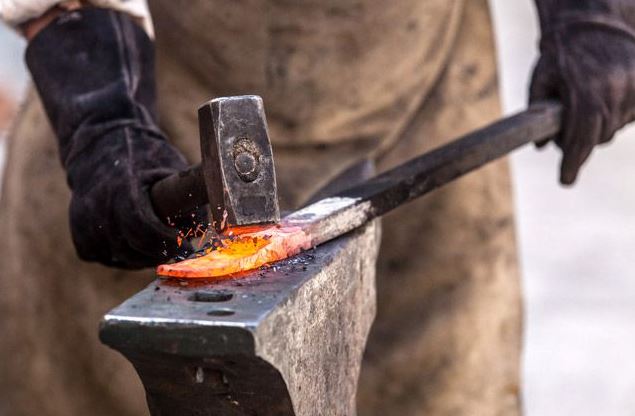 There is no doubt that the Coronavirus scare, and its reaction have inflicted enormous damage on the world economy.

The question is, can we recover and if so, how long will it take. The rather surprising answer is that recovery could be faster than anyone could imagine – if we do it right.

Think for a moment about post war Germany’s economic miracle. You will have no doubt heard about it, but what actually drove it?

After WW2, West Germany was little more than a rubble filled crater. Many of its best and brightest had been blown to bits. Entire cities (think Dresden) had been obliterated.

The country had been ripped in two, the capital city was behind enemy lines and they were occupied by their economic competitors whose infrastructure was in vastly better shape.

They didn’t have computers, the internet, mobile phones, (telephones were vanishingly rare) forklift trucks, containers, or civilian jetliners. In fact, they had hardly any of the things we would consider essential for modern economic activity.

Despite this, they rose within a decade or so, to become the economic powerhouse of Europe.

You would think that economists would have poured over this phenomenon and have trumpeted the results of their analysis from the rooftops.

Yet when was the last time you heard economists explaining this miracle?

Obviously you didn’t. Which is why The Richardson Post feels an obligation to furnish you with this information.

The German Economic Miracle could so easily be replicated in Australia today.

Unfortunately, doing so would be disastrous for bureaucrats, inept business leaders, money printing bankers and a whole host of parasitic elites who have a stranglehold on our economic activity.

Prizing their jackboots from our economic necks would reinvigorate our economy in a New York minute.

The only current world leader who looks like he understands this is Donald Trump. He has been having similar success with the American economy which was going gangbusters under his leadership before the recent pandemic.

If you want to know how it could be done, read the following excerpt from Queenslander Ronald Kitching’s book Understanding Personal and Economic Liberty and ask yourself, “why didn’t I know this?”

In 1945 at the end of the WW II there was no nation on earth more devastated than West Germany.

Heavy and light industry had been practically bombed out of existence, and 12 million refugees were seeking a safe haven from socialism.

At that time the Economics Minister, Ludwig Erhard, was a product of the Classical School. After serving in WW I he was trained as an economist by Walter Eucken, Franz Oppenheimer and Wilhelm Ropke.

He knew that inflation and large state bureaucracies could not cure their problems. He knew that they were the problem.

Erhard was averse to everything authoritarian. Having carefully laid his plans, with agreement from the supervising Allies, he announced on June 19th, 1948 that inflation was finished.

A new currency would be issued. In round figures, one new mark was exchanged for ten old marks.

The limit was 400 per person. ‘And’, said Erhard, ‘there will be no more money printing’.

Then, knowing that he would never ever get agreement from the supervising Allies to change policy, he decided upon unilateral action.

On Sunday July 8th, only three weeks later, he advised the public that he was to address the Nation between 11 pm and midnight about the problems which they faced and with which they were struggling.

He advised them that in their own interest everybody should listen to what he had to say. He knew that ideology cannot be destroyed by force so he was persuasive.

He had also previously expressed his views in many speeches, and his speeches were always well reasoned. He was a master of his subject.

He announced to the population that he had, as from midnight that night, abolished all rationing, wage controls, price controls, government control and regulation of foreign exchange rates. He was also reducing taxation and heavily reducing tariffs.

The burden of supporting tens of thousands of bureaucrats was, in one stroke, removed from the taxpayers’ shoulders.

The following Tuesday (Monday was a holiday) Erhard was instantly called to book by General Clay, the Commander of the resident US occupying force.

Clay quickly came to the heart of the matter, ‘Herr Erhard, my advisers tell me that what you have done is a terrible mistake.

What do you say to that?’ Erhard’s reply came swiftly and without hesitation: ‘Herr General, pay no attention to them, my own advisers tell me the same thing’.

Under the terms of the surrender no changes were to be made to Allied policy without consultation with the conquerors.

An economist Army Colonel on Clay’s staff shouted at Erhard, ‘How dare you unilaterally relax our rationing system and price controls when there is a widespread food shortage!’.

Erhard replied courteously, ‘But Herr Oberst, I have not relaxed rationing and price controls, I have abolished them’.

It had not occurred to the bureaucrats that such a thing could possibly happen.

Erhard went on to say ‘Henceforth, the only rationing ticket the people will need will be the Deutschmark. And they will work hard to get these Deutschmarks, just you wait and see’.

He was confident, as reported in his book Prosperity Through Competition, and he abolished taxation on all income tax on hours worked over 40 hours.

A taxation policy which accumulated capital by the billion was ‘7-D’ of the tax code. Under 7-D any German who invested in shipping and ship-building was granted a tax exemption.

By 1953, 7-D had already attracted DM 1.5 billion out of the DM 2 billion invested in ship-building. Money came in from all over Germany.

Another tax incentive which applied to all industries as well as shipbuilding was the remission of taxes on profits earned from export sales.

After giving the General a good sales talk about how successful his free market, low taxing programme was going to be, the ebullient, good natured Bavarian Professor departed from General Clay’s office with the Military Governor’s stamp of approval for his abrupt change of policy.

Under the ‘glorious’ socialist rule of the Fuhrer and his Nationalist Socialist policies, Germans worked only 38 hours a week.

Many uninformed people who marvel at the recovery wrought by West Germany, attribute the recovery to the fact that ‘The German people are great workers’.

And so they are – but it is a curious anomaly that until the Berlin Wall fell in 1990, the process of recovery did not start in East Germany.

However, to return to West Germany – immediately after Erhard’s implementation of new policy, working hours commenced to voluntarily increase.

Productivity increased dramatically as the people, free from the fetters of bureaucracy, and excessive taxation, went to work.

Empty shop shelves filled almost overnight. With free labour markets, and free from Government Control and Regulation of Exchange Rates, the world’s scarcest commodity, Capital, flowed like water into West Germany and together with a free people, went to work.

An occupying witness later wrote ‘Within a week, there was a new light of hope in the eyes of the German people’.

A German who was there told me ‘There was a new light in the eyes of the German people next day. We knew that if we were free of the bureaucrats we could really go to work’.

By 1953 half a million homes were being privately built annually – and by 1957, that is in eight years, the Federal Republic had accumulated the largest gold reserves of any country in the world except the USA.

Erhard would not permit unbridled bureaucratic activity or money printing. Millions of German entrepreneurs emerged and went into business from barber shops to ship building.

Foreign capital poured into Germany, bringing innovation, productivity and prosperity to the once destitute population. ‘In order of importance, Germany has replaced the bureaucrat with the businessman’, Erhard declared.

In five years, West Germany was producing more than all of Germany produced before the war. Not only that, unemployment fell from 50 percent to 6 percent.

In ten years not only was unemployment at zero, but it was necessary to import five million new workers from Greece, Turkey, Italy, Spain and France.

Although opposition to all of Erhard’s policies continued, the voices of the opposition were smothered by the success of his policies.

Detractors claim that it was Germany’s share of Marshall Aid that brought on the recovery. But as reported by Henry Hazlitt;

Nothing similar happened in Great Britain, for example, which received more than twice as much Marshall aid. The German per capita gross national product, measured in constant prices, increased 64% between 1950 and 1958, whereas the per capita increase in Great Britain, similarly measured, rose only 15%.

Erhard reported in his book Prosperity through Competition that hordes of businessmen constantly called at his office seeking and even demanding privileges.

Tariff protection and subsidies were their favourite subjects. Although he was pressured by many powerful industries, he did not capitulate to their demands.

He replied that they had an ample, intelligent labour force willing to work hard, they had technical skills equal to any anywhere.

His good policies attracted capital and the people were saving new capital, and under a regime of secure property rights, honest money, no protection or privileges, competition on a national and international scale produced strong industries.

It boasted one of the world’s highest living standards. The Bundesbank was Europe’s strongest bank and the Deutschmark the currency against which all other European currencies were measured.

And this was the case for many years. In Erhard’s book Prosperity Though Competition he titled Chapter 12 ‘Welfare State – The Modern Delusion’.

In 12 pages he warned the West Germans to avoid the welfare state, as, if implemented, it would bring economic and social disaster. Unfortunately vote seeking politicians did not listen to his wise words and now Germany is paying the price.

Whilst researching this story, I discovered that regular Richardson Post contributor Viv Forbes was a close friend of Ronald Kitching’s (the author of the above quote) for many years.

Viv told me that he himself had given a talk on this subject in a Brisbane venue some years ago.

He told his audience that “Erhardt had given a speech at this time, telling the German people that ‘there is nothing that the German Government can do for you. You will have to do it yourselves.”

Viv continued, telling his audience that “Within a week, you could hear the hammers pounding all over Germany”.

At the end of the talk, an audience member stood up and told him, “Mr Forbes, you are wrong. I was in Germany from 1946.”

“Oh lord” thought Viv, who figured he was about to be embarrassed.

“In fact,” continued this gentleman, “you could hear the hammers start pounding the next day.”

Have a think about that. Possibly the greatest economic miracle in history happened without a single Government program or intervention, no printing of currency, high interest rates and the strongest currency in Europe.

Why do economists never talk about this? 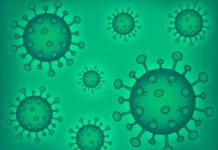 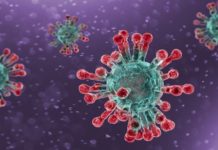 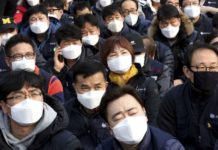