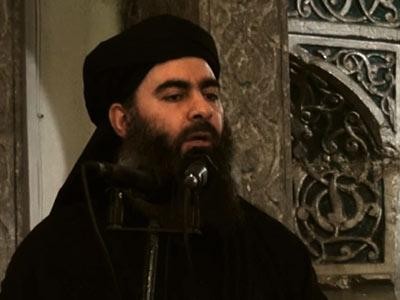 In the 1930’s there was considerable confusion as to how to view the German National Socialists or “Nazis”. On the one hand, it was clear that Hitler and many of his close associates were predisposed to using violence. Given the state that Germany was in however, there were many who felt that “strong leadership” was what the Germans needed to pull them out of their awful situation.

Germany had endured the horrors of WWI, the crippling war reparations and then the disastrous hyperinflation of the 1920’s. It was inevitable therefore, that people would consider more radical solutions. It is often forgotten that Hitler came to power through the democratic process and had widespread popular support. Many, probably even most of his supporters did not condone violence.

Support for war in Germany at that time was almost nonexistent. The disastrous folly of WWI was still fresh in people’s minds.

Given the size of the German population, there must have been many truly decent people who supported the Nazis. The initial burst of national pride and energy would have been very appealing.

Large nation building projects put people to work and the inevitable problems associated with a centrally planned economy had not yet surfaced.

Many policy makers in Britain and elsewhere felt that we should encourage these “nice” Nazis and woo them with concessions. They believed that if we did so, the moderates would eventually overwhelm the more militant wing of the party. This would then lead to a reinvigorated Germany which would be welcomed back onto the international stage.

Hindsight is of course an exact science and we now see the ridiculous folly of this vain hope. The Nazi party was always controlled by the militants. As the numbers of Nazis grew, the party gained power.

As they gained power, their methodology became increasingly violent. The “moderates” then found themselves in an unenviable position. They either had to join in the violence, or become a victim of it, to “kill or be killed”.

Human nature being what it is, few people will resist a threat of this nature. Within a very short time, the Nazis had taken control of the German Government and the rest, as they say, is history.

There are many disturbing similarities between Islam and Nazism. When Mohammed began his career, he was quite confrontational. He masked his intentions however, with a more conciliatory stance when necessary. The Koran even brought down tolerant verses, such as the famous and often repeated “no compulsion in religion” sura.

As he became more powerful however, things changed. Muslims were called upon to fight those who would not submit to Islam. Those who did not wish to fight were heckled and berated. Mohammed called them “hypocrites” and Allah had warnings for them which he sent down in the Koran, such as the following verse:

9:38 Oh, believers, what possessed you that when it was said, “March forth in Allah’s cause [jihad], you cling heavily to the earth? Do you prefer the life of this world to the next? Little is the comfort of this life compared to the one that is to come. Unless you march forth, He will punish you with a grievous penalty, and He will put another in your place. You will not harm Him at all, for Allah has power over everything."

Muslims were expected to fight and kill the unbelievers, even members of their own family or clan. Those who tried to leave Islam faced the death penalty.

When Mohammed died, around half of all Muslims left Islam. These “hypocrites” thought that now Mohammed had died, Islam would be finished. This turned out to be a mistaken belief.

Mohammed’s successor, Abu Bakr, fought these poor Arabs in a long and bloody campaign known as the “Apostasy Wars”.

Once the “moderate” Arabs had been forced back to Islam, the Muslims burst out into the world scene and began a conquest of breathtaking speed and ferocity.

In the 1930s, Hitler and his Nazi party were unknown. It is little wonder then that people would misjudge him. Today, we have no such excuse. The history of Islam is long and well documented.

Even a short examination of this history and the story of Mohammed shows clearly where we are heading.

The leader of the Islamic State has called himself Abu Bakr after the first Caliph. He has made no secret of the fact that he has modelled himself after the original Abu Bakr. He sees his mission as first fighting the “moderate” Muslims until they agree to join his bloodthirsty band. Then, with their numbers and his zeal, he believes he will launch out into a weak and ignorant world and force us all to submit to Islam.

To those who know Islamic history, this strategy is no surprise as it comes straight from the Islamic playbook. Once we understand their strategy, it is still easy enough to deal with these people. Today, they are little more than a rag tag bunch of brigands. Our current ignorance however is providing them with the opportunity to consolidate their power and rapidly grow into something far more dangerous.

It is imperative that all of us become educated about the goals and methods of Islam as soon as possible. Failure to do this will lead to a disaster which could make WWII look like a pub brawl.

History shows us that the biggest losers in that war were the German people themselves. Millions of unfortunate “moderate” Nazis perished on the frozen Russian front, or in the many other hell holes of that war.

Our current leaders are pretending that “moderate” Muslims are our friends. They believe that these “moderates” will be the salvation of Islam. This is a fool’s paradise. Playing along with this ridiculous illusion is not helping either them or us. As far as the militants are concerned, Muslims are either with them, or against them. As the people of Syria and Iraq have discovered, being against them is not a comfortable option.

Unfortunately, a long and successful propaganda campaign has been waged in the West. This campaign has convinced people that the greatest threat to “moderate” Muslims, comes from “Islamophobes” like me who insist on telling the truth about Islam.

There are many well meaning, but ultimately ill informed, people who follow this propaganda blindly. By steadfastly ignoring reality, they are doing “moderate” Muslims a great disservice. We desperately need to convince these people to learn the true history of Islam. My book and these articles are written for this purpose.

There has never been a more important time to educate ourselves and others about the true nature of Islam. We owe it to ourselves, to our children and to the “moderate” Muslims of the world.