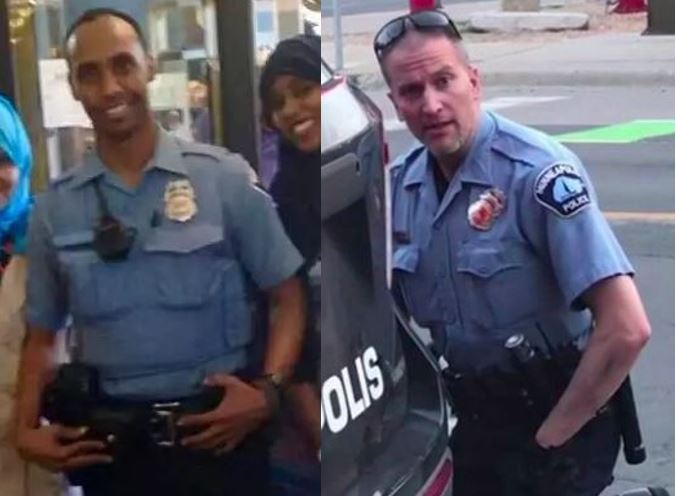 Above: Mohammed Noor and Derek Chauvin.

You probably remember around three years ago, an Australian woman, Justine Damond, was shot and killed by a Black Muslim police officer in Minneapolis.

Justine was from the Northern Beaches area of Sydney. She had graduated as a vet, but then spent her life working as a spiritual healer and meditation coach.

She was never in trouble with police. She dedicated her life to helping people and didn’t get high on Meth and Fentynal or pass counterfeit banknotes to unsuspecting business owners.

The only reason she was interacting with police on that fateful night, was that she called them out because she thought someone was being raped.

Two police officers drove slowly down a dark alley to investigate the claim when Justine approached the drivers window.

The driver said he was spooked by a loud noise. Mohammed Noor, who was the officer in the passenger seat, took out his gun and shot her.

You probably don’t remember huge mobs of white people reacting by burning down shops whilst looting and smashing things.

It isn’t surprising that you don’t remember those things, because they never happened.

Here’s an article from that time, explaining the official position:

MINNEAPOLIS (KMSP) – Nearly a week after the shooting of an Australian woman by Minneapolis police, city council member Abdi Warsame is pointing a finger at the media — specifically The Daily Mail — and also former congresswoman Michele Bachmann for making the shooting an issue of hate or cultural differences instead of what it is — a police issue.

Offering condolences to Damond’s family, Warsame said Sunday her death is not the fault of the Somali community.

Officer Mohamed Noor is the officer who shot and killed Damond on July 15, he was the first Somali officer in the fifth precinct, but Warsame says the officer’s race and culture is irrelevant and he wants the hate and blame toward the Somali community to stop.

Warsame specifically called out former congresswoman Michele Bachmann for comments she made.

“We had a man, Mohamed Noor, who was an affirmative action hire by the hijab-wearing mayor of Minneapolis Betsy Hodges, ” Bachmann said at a recent event, adding, “We need to step up deportation in the country of people who are unwilling to bear allegiance to the United States.”

Warsame’s frustrated that Bachmann is making the shooting about race.

Warsame does believe change is necessary within the police department — and he hopes it starts with newly appointed police chief Medaria Aarrondondo.

“I haven’t spoken to Rondo yet, but I will have frank discussions with him and I will put in front of him the changes that I expect,” Warsame said.

Some of those suggestions include a new independent civilian oversight board, even going as far as saying both state law and city policy need to change so that board has subpeona power for investigations and can discipline police misconduct.

Warsame said he has not spoken to officer Noor and will not pass judgment until all the facts are known. He did say he thought the mayor and former police chief were more or less out of line when they offered up their opinions on the shooting.

Well, that’s a pretty reasonable response. I’m not known as a big defender of Muslims, but I honestly don’t think that Officer Noor shot Justine because she was White, or because she was a non-Muslim.

He simply had a “shoot first, ask questions later” mentality which is entirely unsuitable for a policeman.

Justice was allowed to take its course. Mohammed Noor was jailed for 12 years for his actions. The Somalii community was not held accountable for Noor’s misdeeds.

In fact, the Mayor of Minneapolis at that time, Betsy Hodges (above) set up a way for Somali Muslims to report anti-Muslim hate crimes.

“Justine’s death is a tragedy for our city,” said Mayor Hodges. “We cannot compound that tragedy by turning to racism, xenophobia, and Islamophobia. It is unjust and ridiculous to assert that an entire community be held responsible for the actions of one person. That will not be tolerated in Minneapolis. If you are experiencing discrimination, you can file a complaint.”

What a wonderfully logical and decent way to approach the situation. Yet just three years on, when a White cop kills a black man, all of that logic, reason and compassion are thrown straight out of the window and the White community are thrown under a bus.

Suddenly, all bets are off. This is not about one White cop. All White people are now guilty of Chauvin’s crime.

Chauvin’s motivation for his actions are immediately assumed to have been race with not a shred of evidence for that proposition.

That’s why he pinned Floyd down with his knee in his neck. He did it because Floyd was Black. No benefit of the doubt for this man. No “innocent until proven guilty.”

And the whole White race must share this guilt, by dint of our skin colour. White police chiefs must grovel on their knees to Black men to atone for their sin.

The fact that George Floyd was passing off counterfeit bills whilst high on meth and fentanyl has been completely ignored.

He appears to have been on the verge of some major medical issue when he was arrested, judging by the videos of the incident, yet this fact is conveniently forgotten.

Checking through an article on Medical News Today, we learn that:

Recreational users often use fentanyl as a substitute for heroin.

Because fentanyl and its analogs are incredibly potent, accidental overdoses and deaths are increasingly common.

Fentanyl affects everyone differently. The effects are dependent on an individual’s size, weight, overall state of health, the amount that is taken, WHETHER FENTANYL IS TAKEN IN COMBINATION WITH OTHER DRUGS, and whether the person is used to taking opioids.

Fentanyl analogs produced in illicit laboratories may be hundreds of times more potent than street heroin and TEND TO PRODUCE SIGNIFICANTLY MORE RESPIRATORY DEPRESSION, making them even more dangerous to users than heroin [big shouty capital letters added by me].

So, without trivialising the actions of Chauvin in any way, a rational person would surmise that George Floyd himself bore a share of responsibility for his own demise. He was high on a cocktail of potentially lethal drugs and engaging in highly illegal fraudulent actions.

Had he not been, then it is most likely that he would be alive today.

Why is this not considered by the media who seem to simply revel in the most vile and base anti-white racism? Why are we all responsible for George’s tragic death, but he isn’t?

Why do our elites hate us and attack us at every opportunity? Why are they using Marxist tactics to destroy our society and stir up conflict and rage?

Are they being bribed/threatened to sell us down the river? 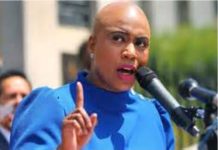 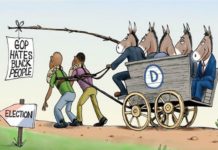 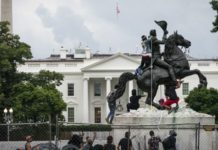 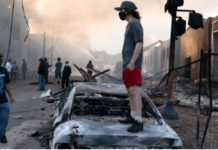 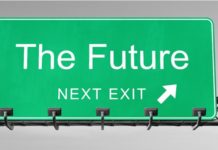 The Larry Pickering I Knew