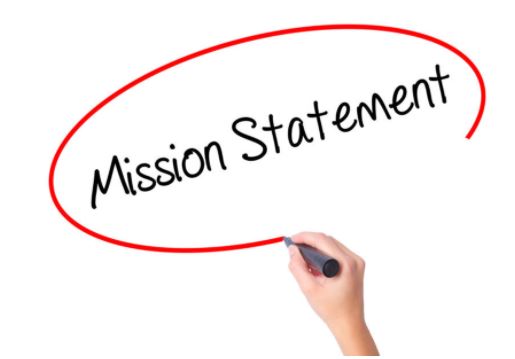 I have been putting this off forever, but finally had some time to type up a new mission statement. It can be accessed from the site but I thought I would put it up as an article to give you all a chance to discuss and make suggestions. Here it is:-

What does the Richardson post want to promote more than anything else? In a word, freedom. Yet freedom is a frequently misunderstood concept. It is not an absolute. There is an old saying that a smoker and a non-smoker cannot both be free in the same railway carriage.

So to have total freedom to do as we please, or a total lack of coercion to compel people to act with civility and kindness would be a bad thing because it would lead to anarchy, which inevitably leads into tyranny.

Tyranny destroys freedom as it relies on extreme coercion.

The Richardson Post accepts this as self-evident and therefore, we seek to promote the maximum freedom possible and the minimum coercion possible.

Without truth, we cannot have justice and if we lose justice, then what remains is tyranny.

The question is, however, “how can we know what the truth is?” Everyone has their own version of the truth. Which one is the right one?

As mere mortals, we can never know the whole truth. We can, however, get closer to it through methods which have been tried and tested over centuries.

The most successful of these methods is by the implementation of free speech. Having people freely argue and debate an idea, or a concept does not guarantee that we they will find the truth.

Yet without this ability to freely discuss, debate, argue and disagree, then finding the truth is all but impossible.

No greater system of enquiry has ever been discovered. The ability to freely discuss and disseminate unpopular ideas or concepts has revolutionised our world.

In point of fact, before free speech was embraced in Europe, it was generally accepted that the world itself was flat and that if you travelled too far, you might fall off the edge.

Unfortunately, whilst free speech is incredibly useful, it is often incredibly unpopular, particularly amongst those who wish to impose tyranny.

Like other forms of freedom, the ideal of free speech is not an absolute. The freedom to incite a mob to violence and murder should not be protected. Neither should the right to yell “fire!” in a crowded theatre.

There is a robust discussion around defamation and libel which are somewhat open to interpretation, but expressing opinions, however unpopular, should not be prohibited or restricted in a society which values free speech.

The main reason for this is not the technological stagnation it would entail. It is the risk to freedom.

Once the right of coercive (political, judicial or theological) powers to restrict free expression of opinions is established, there is no way to prevent such powers establishing extreme tyrannical control over the society.

It is hard to imagine a situation which could be a greater catastrophe for the health and happiness of the population or the environment.

Yet today, free speech in Western nations is coming under attack like never before in recent history. Access to the internet, which facilitated an outpouring of free speech, is now being restricted by gigantic corporations with vast resources.

These corporations have monopolised much of the digital space and police opinions with which they don’t agree.

The mission of the Richardson Post is to provide a bastion of free speech and opinions from all sides of debate. This is not a free for all, but it is a place where people can, and do, engage with each other with a raft of opinions.

We believe that this is a vitally important role and we continue it on from the man who inspired us – the late, great Larry Pickering.

If the Richardson Post should be closed down by coercive threats or action from political, judicial or theological power structures, you will know that our society has taken a giant leap towards the kind of terrifying dystopian tyranny described by George Orwell in his famous novel, 1984.

Our children will rightly curse us if we allow that to happen.