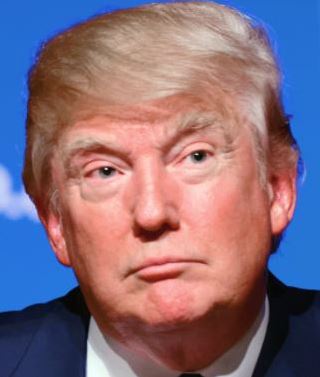 In two thousand and 16, shortly before the US election I predicted a Trump win. At the time, all the polls and commentators were predicting a 95% chance of Hillary Clinton beating Trump. Friends and family all thought I was nuts, but I was right on the money.

I’m going to share with you the reason why I expected a Trump victory in 2016, and why I believe he is going to do it all over again in November. A lot of people are still sceptical, so let me lay out why.

In Australia we have compulsory voting, but in America that is not the case. So, in order to secure someone’s vote, you must not only persuade them that you are the best candidate, you also have to persuade them to get off their butt on polling day and actually cast their ballot for you.

Generally, little more than half of voters turn out for the US Presidential election – so motivating people plays a big part.

Shortly before the 2016 election, I watched a video on Youtube about a Clinton rally. There was footage from one of the major networks which were entirely on board with the Clinton campaign

It showed Hillary giving a speech to a crowd and you could see the backs of the heads of the people in the first couple of rows.

Then, there was some video shot of the same rally by someone further back with a mobile phone. From that angle, you could see that in fact, those first couple of rows were actually the only two rows of people. The rally looked like it was in a gymnasium and Clinton hadn’t even come close to filling it.

There were only a couple of rows of people watching her speech. At the same time, Donald Trump was filling football stadiums with thousands of people. Even Bernie Sanders had been able to draw big crowds. But they weren’t turning out for Hillary.

Now, there may have been more people in America in 2016 who would have preferred Hillary over Donald Trump. But that doesn’t count. What counts, is how many people will actually turn out to vote.

If you can’t even inspire people to come out and see you in person, then there is little chance that you can inspire them to come out and vote for you. That was why I tipped Donald Trump in 2016.

A lot of things have changed in four years and Donald Trump is once again in a losing position in the polls. Yet once again, I’m calling for another upset and here’s why.

At one end of the political spectrum in America, you have the rusted on Trump voters. Donald Trump could murder someone on stage and these guys would still vote for him.

At the other end of the spectrum are the never Trumpers who would sooner vote for Osama bin Laden than Donald J Trump.

In the middle however, is a large group who are mostly disinterested in politics, let’s call them Joe Six pack

no, not that kind of six pack.

This is the guy who counts. His opinions aren’t fixed but getting him off the couch and into the polling booth is vital to winning the election. Unfortunately, he isn’t easy to motivate.

Now let’s be honest, it’s easy to dislike Trump. He is uncouth and vulgar, in a way that repulses many people. He isn’t a polished politician like Barack Obama or Bill Clinton. He revels in conflict and the media love to portray him at his most aggressive.

Particularly problematic, is the way he talks about women. Don’t get me wrong here, I don’t think he looks down on women or treats them badly. The women close to him seem to have a high opinion of him. He employs plenty of them in senior positions and he seems to treat women close to him with respect.

Unfortunately, he can talk about women in the basest of terms, and the media remind people of it constantly. Many, more cultured Americans are repulsed by Trump and are horrified at the thought of voting for him.

Until recently however, these, and other faults were compensated for by his success in the job which even Joe Six Pack was noticing.

Trump is the first President in decades who hasn’t started a stupid foreign war. Obama promised peace and a new era of dialogue. Instead the Middle East became one giant disaster zone. We had war in Egypt, Libya, Iraq and Syria ISIS were running around, chopping off heads and taking sex slaves on an industrial scale.

After four years of Trump, we have the UAE making peace with Israel and calm across the rest of the region. North Korea hasn’t fired any missiles or rattled sabres recently and Trump has no plans for military action anywhere.

More importantly, the US economy has been roaring almost from day one. What is especially important is that this recovery isn’t the kind that only benefits Wall St and doesn’t just provide jobs for people mowing lawns for stockbrokers.
This recovery has provided real manufacturing jobs thanks to Trump’s deal making skills and his determination to cut stupid regulations and taxes.

Even Joe Six Pack gets this. He was earning big under Trump and life was good. He may even have got off his sofa to vote for four more years of this.

But then came Coronavirus.

What the media have managed to do, is to paint Trump as putting dollars before lives. They pretend that if Trump were not President that America wouldn’t have had a single coronavirus case, let alone a death.

I don’t think that is true, but it has been repeated so often that Joe Six Pack is starting to buy it and it may have motivated him to vote against Trump, especially as the economy is now ruined anyway.

But then the riots happened.

Of course people felt great sympathy for George Floyd and felt sympathy for anguish felt by the Black community at the images of his death. This even flowed over into some sympathy and understanding of the protesters.

The Democrats, the deep state and the media misjudged the situation badly however. They seem to have thought that if they destabilised the entire nation with race riots, that voters would blame the situation entirely on Trump.

They may have figured that Trump would send in Federal troops and would get the blame for any heavy-handed suppression of the riots.

Unfortunately for them, this strategy backfired badly. Trump refused to take the bait. Instead he simply protected Federal property, as was his responsibility, and left the rest to the States to sort out.

This has left the Democrats badly exposed. Even blind Freddie can see that the only states which are racked by burning and looting mobs are those run by Democrats.

What is worse, is how obvious it is, that Democrat administrations did everything within their power to facilitate the riots.

They removed the police and refused to allow them to restore law and order. The resulting chaos has been literally terrifying. It has been like watching a cross between the Lord of the flies and Mad Max in real time.

Suddenly, ordinary Americans are scared. They are on the edge of their couches, glued to the TV trying to figure out what is going on.

The sight of CNN anchors standing in front of burning buildings trying to convince people that these protests are “mostly peaceful” is not inspiring confidence in either the situation or the media.

Joe Sixpack is watching ordinary Americans on his TV defending their property with guns and he doesn’t like what he sees.

Snobby elites in gated communities see Bible bashing white trash with assault rifles. Joe Sixpack sees himself alone on his lawn in a situation with a stark choice.

Does he start actually shooting people and face multiple murder charges, or does he give in to the mob who could bash or kill him and his family or burn his house down.

The realisation is hitting ordinary Americans that this situation is becoming increasingly likely. It is also becoming abundantly clear that if they happen to be White, and the Government is controlled by Democrats, that they will be thrown to the wolves and the Police who refused to come out when they were calling 911 will be on their lawn with a swat team before you can say institutional racism.

Ordinary Americans are now getting scared and they are paying attention. What they are seeing and hearing is Democrat mouthpieces on CNN calling on the party to put an end to the rioting, the burning and the looting.

Not because it is tearing America apart, not because people are being injured and killed or having their entire life’s work destroyed.

No, the media are calling on the Democrats to stop the riots because they are concerned that Donald Trump may get re-elected.

This incredible contempt for the people and the Nation will not be forgotten by November. It may well carry over to wipe out Democrats in both houses as well as in State capitals around the country.

That’s why I’m picking that, barring any unexpected curve balls, that Trump will win in a landslide in November. What’s more, the Democrats could find themselves in the political wilderness for years to come and they have no one to blame but themselves. 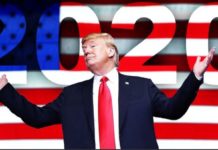