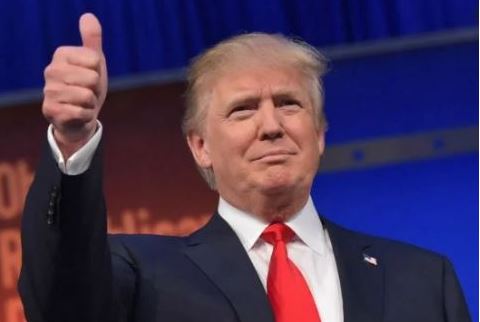 “Oh, but Harry, that’s just not true. Joe Biden won. I saw it on CNN and they never lie.”

For goodness sake people. Pull yourselves together. Sure, Swamp Media Inc just called it for Alzheimer Joe and his running mate who is only slightly more popular than genital herpes (even with Democrats).

Sure, there is still plenty of TDS out there, but think about it. Trump is wildly popular amongst his Republican base. He didn’t lose white women (thanks girls, we should never have doubted you) let alone white men.

Exit polls say that he took a historic chunk of the Black vote and Latinos came over by the boatload in Florida and probably around the rest of the country too.

So, since Republicans made gains in both houses, do you really think those extra Republican voters flipped Donald Trump the bird and went with a man who would be dangerous if he wasn’t senile.

Are you telling me, that you haven’t heard about the sudden and mysterious stop to the vote counting when the Donald was winning big?

What about the 4am vote drops and the dumpsters full of Trump votes?

There are rules in any election, which are set down in the Constitution. Howell Woltz tells me that they broke all the rules.

Voting has a cut off point (obviously) yet the Democrats just kept on going until Joe mysteriously ‘found’ enough smudged ballots to get him over the line.

Once upon a time, I used to find Howell’s stories unbelievable. Then, they all started coming true. Hunter Biden, Hammer and Prism all of them.

Regular readers will know that he was breaking these stories a year ahead of the pack (check the dates on those stories). So, like I said, when Howell speaks, I listen.

Right now, as per our last article, he tells me that there is no legal path to a Biden victory. So why did the entire mainstream Swamp Media put out a coordinated news blast screaming that BIDEN WON!!!!

Well, as my old friend Aidy used to say, “you might win the argument, but you won’t win the fight outside.

The Dems couldn’t win the election, and they can’t win the court case. What comes next, may well be an attempted violent coup.

Antifa, BLM, Greta Thunberg and Lesbians for Animal Justice are all spoiling for a fight. They have the shock troops and who knows how many crooked police and army chiefs are in their pockets.

But with a population that is armed to the teeth, what they really need is justification. They need to demoralise the Deplorables and make us think that we stole the election, not them.

This is a classic head fake. Don’t fall for it and don’t let your friends fall for it either.

Send this article to them. Email it as well as sending it on Social Media because Mark Zuckerberg may not be your friend after all.

So, dry your eyes Princess and pull yourselves together. Trump needs you. We all need you.

The fat lady hasn’t sung and as the dirty kittens said to their mother,