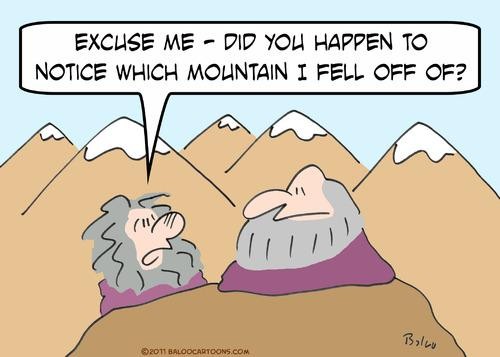 For thousands of years now, people have studied the Bible and argued over whether or not it contains the truth. Although parts of it do require a leap of faith, I have to say, it has stood up pretty well and no-one has been able to prove conclusively whether it is true or not. At the end of the day, it comes down to the individual, you either believe it or you don't.

Up until the last decade or so however, Islamic Doctrine has never faced any such scrutiny, even by Muslims themselves. Critical evaluation of Islam or of Mohammed's life is known as "Itjihad" and is forbidden in Islamic Law and is indeed regarded as blasphemy (which carries severe penalties).

Due to the complex and seemingly illogical way in which Islamic Doctrine is recorded, not to mention an Islamic ban on infidels even touching a Koran, it is even harder for non-Muslims to understand Islamic Doctrine.

Since the horrors of 9/11 however, things have changed drastically.

Western scholars have now decoded these books and their work is available on the internet for anyone with a laptop and a modem to see. My own investigations suggest that these books will not stand up to scrutiny anything like as well as the Bible.

I believe that these books will soon be openly revealed and discussed in mainstream outlets such as TV channels, journals and newspapers, rather than just niche books (such as my own) and internet sites as they are today.

When this happens, the Islamic Holy Books will finally face the kind of scrutiny which other religious texts have always been open to.

An example of the kind of things that Muslims will soon find themselves grappling with is the story of the death of their Prophet, Mohammed. Like everything else which is written about Mohammed, all the information we have comes from the Islamic Holy Books.

These books were written by the early Muslims and form the basis of the Islamic religion itself. We can't assume that these books contain bias against Mohammed, any more than we can assume that the Bible is biased against Jesus and the Jews. If anything, we would expect any bias to be favorable.

According to these books, Mohammed died at home, attended by his favorite wife, Aisha. He was complaining of headaches and according to a number of accounts he linked this illness to an event which happened some four years prior.

At that time, Mohammed had marched his army to a Jewish settlement called Khaybar and proceeded to attack it. Mohammed had never had a previous quarrel with the Jews of Khaybar and his raid was motivated purely by greed.

Khaybar’s Jewish residents were wealthy and successful farmers who were believed to have a good stash of treasure saved up from their hard work. This was an act of outright banditry.

Mohammed rode into Khaybar with his army, slaughtering any who stood in his way. When he had conquered all the forts in the settlement, he tortured one of the Jewish leaders in the hope of finding more treasure.

When the poor soul refused to divulge his secrets, Mohammed had his head cut off and took his wife as a sex slave.

That evening, the women of the town were ordered to cook dinner for the victors. A Jewess named Zaynab asked what Mohammed’s favourite cut of meat was. When she learned that it was the foreleg, she poisoned the leg of a lamb (some accounts say goat) and served it to Mohammed and his companions.

Mohammed and a man named Bishr began to eat the meat. Bishr thought there was something wrong with it but was reluctant to spit it out in the presence of the Prophet as it may have disgusted him while he was eating.

Shortly afterwards however, Mohammed also realised there was something wrong and spat out his mouthful declaring that the taste had warned him. Alas, it was too late for poor Bishr who turned a deathly shade of green and died right there and then.

What happened next is something that must surely cast doubt into the heart of even the most devout of Muslims about the authenticity of their Prophet’s claims.

Mohammed sent for the woman who poisoned the meat and asked her why she had done this. She replied, “If you were a prophet, it would not harm you; but if you were a king, [Ed: in other words, not a Prophet] I should rid the people of you”.

Since the unfortunate Bishr had already figured out that there was something wrong with the meat due to its taste, Mohammed’s belated claim that the meat had spoken to him seems shaky at best. If he really were a prophet then surely he would have known that the meat was poisoned before either he or his companion began to eat it.

When our mainstream media finally ponies up the courage to begin examining and discussing these issues (and I believe we are not far from that point) Muslims will be forced to confront the following, deeply disturbing facts which are recorded quite clearly in their own Holy Books.

1. Mohammed was a bandit who killed, raped and tortured people for no reason other than his own greed and self-gratification.

2. Mohammed’s claim to be a Prophet of Allah is totally undermined by his inability to know that the food he was about to eat had been poisoned by his enemies as a test of his Prophethood and which would ultimately kill him.

During the next four years he would suffer a long and terribly painful illness. Muslims believe that everything happens exactly as Allah wills it. What possible reason would Allah have for torturing and ultimately killing his own Prophet?

Be aware that Mohammed is THE central figure in the Islamic religion. Any claims that other Prophets (such as Abraham, Moses or Jesus) were Muslims and made up a part of the Islamic faith, are related to us only through Mohammed and are not confirmed by any other source.

Once Muslims finally see their doctrine exposed and debated, I believe they will begin to desert it in droves. Since leaving Islam (apostasy as it is called) carries the death penalty under Islamic Law, many are so far reluctant to take that step.

I believe however, when it does happen, it will be like sheep being herded through a gate. At first they all eye it with suspicion until one of them makes a bolt for it.This one is followed by two or three, then four or five until finally, the rest all rush through en masse.

When this does finally happen, I suspect that former Muslims will show their Imams and religious leaders the same respect which the Italians showed Mussolini at the end of WW2.

The following quotes relating to Mohammed’s death are taken from Islamic Sacred Texts:

(Please note: When reading these books it is important to understand that some of them are considered more authentic than others. The Koran is the most highly regarded of Islam's sources but contains no information about Mohammed's death. Next down are the hadith (biographies) by Bukhari and Muslim and Sirat Rasull Allah, by Ibn Ishaq. Next below these is the hadith of Abu Dawud. The most detailed accounts of Mohammed’s death are recorded in Ibn Saad’s “Kitab Al-Tabaqat Al-Kabir” which was written around the same time as these other hadith and is highly regarded being “the earliest surviving biographical dictionary, [of Mohammed’s life] and later a staple of the Sunni tradition.”)

Bishr did not rise from his seat but his color changed to that of taylsan (a green cloth)… The Apostle of Allah, may Allah bless him, sent for Zaynab and said to her: What induced you to do what you have done? She replied: You have done to my people what you have done. You have killed my father, my uncle and my husband, so I said to myself: If you are a prophet, the foreleg will inform you; and others have said: If you are a king we will get rid of you…

The Apostle of Allah, may Allah bless him, lived after this three years till in consequence of his pain he passed away. During his illness he used to say: I did not cease to find the effect of the (poisoned) morsel, I took at Khaybar and I suffered several times (from its effect) but now I feel the hour has come of the cutting of my jugular vein, which is a vein in the back…

Narrated Anas bin Malik:
A Jewess brought a poisoned (cooked) sheep for the Prophet who ate from it. She was brought to the Prophet and he was asked, "Shall we kill her?" He said, "No." I continued to see the effect of the poison on the palate of the mouth of Allah's Apostle. (Sahih al-Bukhari, Volume 3, Book 47, Number 786)

Narrated 'Aisha: The Prophet in his ailment in which he died, used to say, "O 'Aisha! I still feel the pain caused by the food I ate at Khaibar, and at this time, I feel as if my aorta is being cut from that poison." (Sahih al-Bukhari, Volume 5, Book 59, Number 713)

Anas reported that a Jewess came to Allah's Messenger (may peace be upon him) with poisoned mutton and he took of that what had been brought to him (Allah's Messenger). (When the effect of this poison were felt by him) he called for her and asked her about that, whereupon she said: I had determined to kill you. Thereupon he said: Allah will never give you the power to do it.

He (the narrator) said that they (the Companions of the Holy Prophet) said: Should we not kill her? Thereupon he said: No. He (Anas) said: I felt(the effects of this poison) on the uvula of Allah's Messenger. (Sahih Muslim, Book 026, Number 5430)

Narrated AbuSalamah:
So a Jewess presented him at Khaybar with a roasted sheep which she had poisoned. The Apostle of Allah (peace be_upon_him) ate of it and the people also ate.

He then said: Take away your hands (from the food), for it has informed me that it is poisoned. Bishr ibn al-Bara' ibn Ma'rur al-Ansari died.

So he (the Prophet) sent for the Jewess (and said to her): What motivated you to do the work you have done?

She said: If you were a prophet, it would not harm you; but if you were a king, I should rid the people of you.

The Apostle of Allah (peace be upon him) then ordered regarding her and she was killed. He then said about the pain of which he died: I continued to feel pain from the morsel which I had eaten at Khaybar.

ARE YOU AWAKE IN A WORLD GONE “WOKE?”