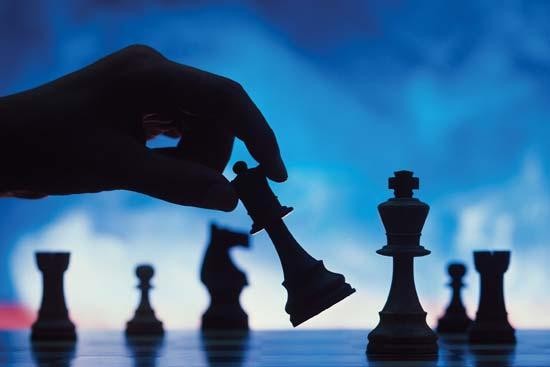 I believe Islam is in the end of days. My prediction is that within ten years it will be effectively eradicated from the planet. That may sound far fetched to many, but remember Nazism? In 1941 the Germans were predicting a 1000 year Reich and few were game to argue. By 1951 there were no Nazis in Germany to speak of.

What many people fail to realise however is that Nazism was not defeated in WW2. It was defeated after WW2 at the Nuremberg trials.

The Allies very wisely put all the top Nazis on a very public trial and showed the world, including the German people, the true evil of this ideology. As one German woman would say years afterwards, “We felt like children who had all of our toys taken off us. Everything we believed in was shown to be a lie.”

Within just a few short years, Germany would become a pillar of the international community and a model free, liberal democratic country. Today, Germany is one of the few countries in the world where denying the Holocaust will land you in jail.

Militarily, Islam is no match for the Third Reich. Despite their enthusiasm, Muslims make lousy fighters. In 60 years of trying, the entire Arab world has been unable to destroy Israel, which is almost exactly the same size as Wales (UK).

Unfortunately, despite immense military superiority, the West is now weaker, morally, spiritually and intellectually than at any time in the last 500 years.

A combination of Political Correctness, Moral Relativism and trendy anti Western ideals has devastated our moral compass. Schools and Universities have turned into little more than brainwashing centres where our children learn about tolerance and diversity, but not their times tables.

A generation has emerged from school, entirely unable to identify even the most evil acts as being fundamentally wrong. “I am not judgmental” is the only judgment they dare to make.

Our most important institutions are now run by these people, and challenging their dogma is a one way ticket to job loss, or even prosecution. In some parts of the Western World, even to indicate pride in your nation can land you in court, or worse.

Our societies are teetering on a knife edge, but now a backlash is beginning to build. Islam is fundamentally based on a deception and in the information age, this should not last for long. The system of Islam has been decoded and the story of Mohammed and its significance for non Muslims is now available for all who wish to see it.

With the events that are happening in the Middle East and especially closer to home, more and more people are peering out from their cocoons and finding the truth. Australia is in a relatively good position in this respect and I believe it could lead the Western World back to the path of common sense.

Every Minister, Assistant Minister and Parliamentary Secretary in the Australian Federal Government has recently received a copy of “The Story of Mohammed Islam Unveiled” which will give them the tools they need to deal with this issue from a position of knowledge and strength, rather than ignorance and weakness.

A few have read it and have given very positive feedback. Most haven't and won't. These people struggle with enormous workloads and haven't time to read even a short book unless they really have to. There is one person who can make them read it however, and that person is you.

Like all elected politicians, these people all keep a close eye on what people are thinking, If they receive a large number of letters clearly expressing the importance of reading this book, then they probably will take the time to do it.

This is not a big ask, and I believe you can now appreciate what lies in store if you do not take this simple action. This is why I believe we will beat Islam. Your kids are depending on you and I am confident you will deliver, for their sake.

For details of how to contact and write effectively to the appropriate Federal Politician, please click here:

WHO THE HECKLE ARE THE ICEO?