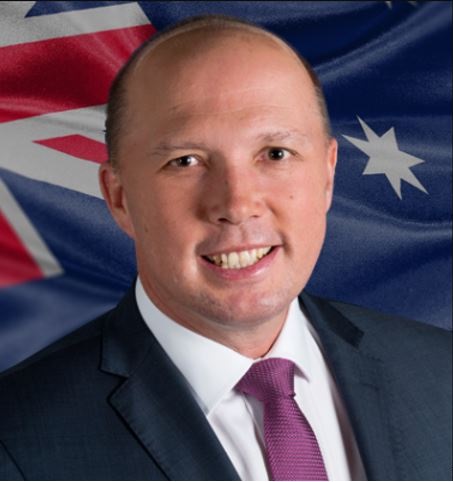 Well, rumour has it that Scotty from marketing has finally made a good decision and will be promoting Peter Dutton to the defence portfolio.

Maybe virtue signalling, by having a female in the defence portfolio, doesn’t seem like such a good idea anymore, what with the Chinese dragon breathing down his neck.

Perhaps it has finally dawned on Scotty that should the country be invaded and conquered by our Northern neighbour, that the first person in the involuntary organ donation queue would be the Big Kahuna himself.

Whatever, Ms Reynolds was cut out for, it wasn’t defence. Note to Linda: Sun Tzu isn’t a type of Feng Shui. Also, if you wind up puking into your silver plated waste basket when you find out what soldiers actually do when you send them out amongst bloodthirsty killers who have less respect for the Geneva Convention than they do for their  Bacha bazi dancing boys, then maybe being responsible for defending the entire nation is just not your thing.

On the other hand, I suspect it may be Peter Dutton’s thing. It’s just a shame that we can’t clone P Duddy and keep him in Home Affairs at the same time.

On the other hand, if we can’t defend ourselves, there won’t be a home to have affairs in.

Hopefully, his first action is to tell the French to jam their submarines where a baguette wouldn’t fit and go and eat some humble sushi with the Japanese.

If the Chinese decide to start sending invaders over in warships rather than on Qantas jets, then even old Malcolm might be wishing we hadn’t reneged on that one.

A fleet of kickass submarines might be just what the doctor ordered when the Red Army is steaming towards us.

Asking President Xi to hold on while the French finish cutting the nuclear power plants out of our shiny new subs and replacing them with Citroen 2CV motors might not be the winning strategy that Scotty was hoping for.

If anyone can cut through the BS in the Australian Defence Force, I would say that Peter Dutton can.

If he is appointed, it would signal a return to seriousness for Defence and the rejection of a department that values diversity (getting rid of white people) and transgender rights over the need for a competent and deadly defence force that is feared by our enemies.

It’s a shame that it took a real threat to wake these clowns up but if the PM does follow through, it will be one thing we can give him credit for.