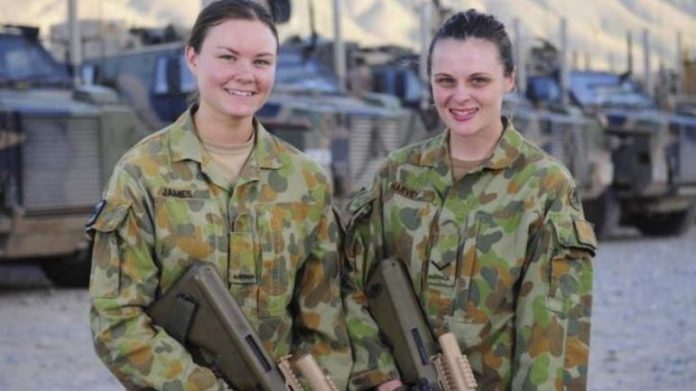 Picking up a copy of Brisbane’s Courier Mail yesterday, I was greeted with a front page entirely devoted to “WARRIOR WOMEN” (with an eight page report promised inside).

Meanwhile, the whole back page was devoted to a quote by a female historian Melanie Oppenheimer who complained that we weren’t celebrating “the role of Australian women in war” enough.

Well Durrrh! Of course we aren’t. We all know that there were women in the armed forces as far back as WW1. We know that they played important, and even vital roles, in the conflict.

We know that there are some women in the Australian Army today in combat roles (thanks mostly to the decision to lower the physical entry criterion).

That isn’t the point.

In times of conflict, a society depends on the willingness of its young men to go out and fight for us all.

When these young men go, they know that they may not come back. Many of them are still virgins. They have their whole lives ahead of them. They have women to love and families to raise.

When they go to war, they know they may never come back. We are asking them to make the ultimate sacrifice for us all.

If they refuse to make this sacrifice, then we, as a society are screwed.

We celebrate, honour and treasure the lives of these young men very publicly, and for a good reason.

We are telling the current crop of young men that if they are called upon to make that sacrifice, that we will honour, cherish and treasure the memory of what they did, for as long as we have breath in our bodies.

Of course, we remember the roles that women played and, of course, we are grateful. We cannot, however, raise their roles on ANZAC day without diminishing the sacrifice that was made by the young men.

Women have their own vital role to play in society. We depend on them to produce and raise children, some of whom may be tomorrow’s warriors.

If that sounds weak, it isn’t. Until recent times, when modern medicine, epidurals, C sections, and antibiotics became available, childbirth was an insanely painful and risky endeavour.

I don’t know how many women died in childbirth, compared to the number of men who died in battle, but it can’t have been too far off.

As I stood at the Dawn Service this morning, an elderly lady was helped to her feet for the one-minute silence by another lady whom I presume was her daughter who comforted her in her obvious grief.
Many mothers made that sacrifice of their sons. It is a sacrifice that is as great, if not greater, than that of the boys themselves who never returned.

This, we also remember and celebrate. We have a special day for the women who risked all in birthing raising and occasionally losing us. We call it Mother’s Day.

That may sound less solemn and important than ANZAC Day, but it isn’t. The role of raising future generations is essential if we are to survive as a nation. It is just as important as the role of protection.

Men have an important, even critical role to play in this endeavour too. But it is women who are the star players, who take the risks and do the donkey work.

To emphasise the role of men on Mother’s Day would be to diminish that of women.  That is why they give us a separate (yet frankly less important) day called Father’s Day.

Notwithstanding the occasional reversal of roles, a society that sends its women out to battle, whilst its men stay home minding the kids, is bound for the evolutionary dustbin – and the short journey would not be a pleasant one.

Advocating for this kind of role reversal is subversive – and activist historians like Melanie Oppenheimer and the Courier Mail editors who publish this pap should think more carefully about the issues involved before shoving such ‘progressive’ dogma down our collective throats. 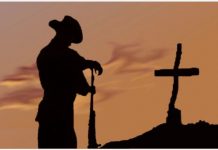 THE ANZAC ON THE WALL

REPLACE THE CARBON TAX… with nothing!