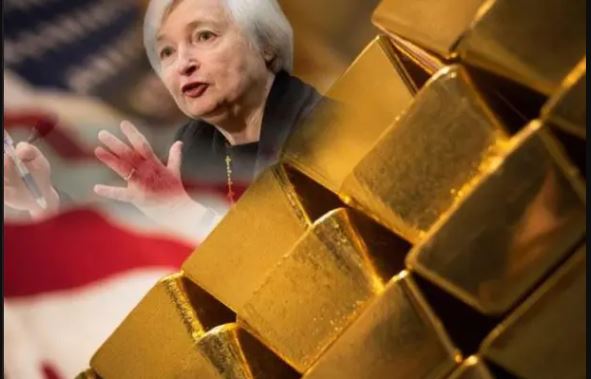 Janet Yellen was head of the US Federal Reserve but has since been moved to head up the US Treasury.

The Fed is a private bank that issues America’s money, the Treasury is the US Government department that looks after the Governments money and finances.

Part of the assets of the US Government are its gold reserves which make up a whopping 70% of its monetary reserves (former Fed Head Benjamin Bernanke claimed this was because of ‘tradition’ Lol).

Most people think this gold is in Fort Knox and would assume that it is regularly audited and assayed and all of those other things which responsible custodians of other people’s money usually have to do.

These people are likely in for a big shock if the truth is ever revealed. It may turn out that the walls and guards at Fort Knox in Kentucky are not there to protect the gold but to stop people finding out that the gold has gone.

We already know that large amounts are stored at the New York Fed where they trade it on international markets with zero accountability to anyone.

Amazingly, no politician ever dares to question this blatant stonewalling about the nation’s gold reserves. This is not just an American phenomenon either. Here in Australia, things are more or less the same and the RBA is every bit as coy as its American counterparts.

Unfortunately for Yellen and Co, a US member of Congress has put forward a bill demanding to know where the nation’s gold is, whether it has been leased, swapped or otherwise encumbered and why they are buying, selling, leasing and swapping this gold with zero oversight.

There are two chances of the bill passing (buckley’s or none) since most US congressmen and women are bought and paid for by the same fraudsters who are guarding the nations gold (why do the words ‘fox’ and ‘henhouse’ spring so readily to my mind).

Still, it is a start, and if it sets people off asking questions (like ‘where the hell is my gold you freak) then it has to be a good thing and could even be the beginning of the end for these crooks.

At the current time, what amount of U.S. gold holdings is vaulted at the Federal Reserve Bank of New York (or by the Federal Reserve using other depositories)? Also, has this gold been recently audited, assayed, and/or inventoried? If so, please provide me with a copy of any relevant reports.

2. For what purpose(s) is United States gold bullion stored at the Federal Reserve?

4. During the 2011 hearing, Rep. Luetkemeyer referenced a report that 261 million ounces in U.S.-owned gold is part of the IMF’s reserves. At present, how many ounces of U.S.-owned gold are in the possession of the IMF or pledged to the IMF – and where is that gold kept? Also, please describe the purpose and nature of this arrangement as well as what oversight procedures are in place.

5. How much U.S.-owned gold is in the possession of and/or used by the Exchange Stabilization Fund as part of its activities? What is the purpose and nature of the ESF’s gold activities?

6. Please provide details as to what U.S.-owned gold is currently pledged, swapped, leased, or otherwise encumbered – and for what purposes – including, but not limited to, arrangements involving the Bank for International Settlements (BIS), World Bank, IMF, and other financial institutions, foreign or domestic.

Mooney’s bill would require the Comptroller General to immediately conduct a full assay, inventory, and audit of the United States’ gold every five years.

That would be embarrassing if the U.S. Treasury has sold, swapped, leased, or otherwise placed encumbrances upon some of America’s gold as many suspect.

Good luck to anyone backing this bill, because the Feds will have to be dragged kicking and screaming all the way. I just hope that Rep Mooney sleeps with Kevlar pyjamas on.

The full text of the bill can be found here. 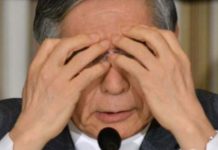 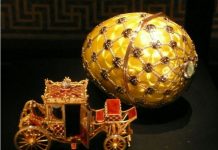 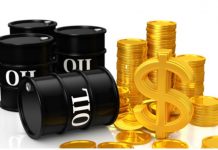 RUSSIAN RUBLE RELAUNCHED LINKED TO GOLD AND COMMODITIES – RT.COM Q AND A 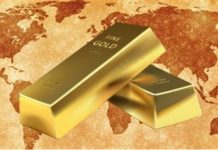 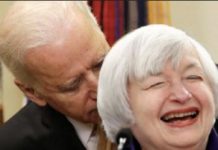