As of about now, the chief puppets of the most powerful people in the world will be gathering in a cold, wet Scottish city.

Their stated goal is to prevent a climate event that most Glaswegians would probably be secretly grateful for.

Inger Andersen has warned that,

“To stand a chance of limiting global warming to 1.5°C, we have eight years to almost halve greenhouse gas emissions: eight years to make the plans, put in place the policies, implement them and ultimately deliver the cuts. The clock is ticking loudly.”

Inger Andersen is the Executive Director of UNEP. He probably earns a lot more than you do.

They say that if you have a hammer, every problem looks like a nail.

If you are being paid obscene amounts of money to wield a hammer, I expect that anything imaginable looks like a nail.

All of the stuffed suits gorging themselves in Glasgow will make speeches extolling how much they care about the peril formerly known as Global Warming.

In reality, none of them does.

How do I know this? Well, there are many reasons, but for the sake of brevity, here are just four.

Every person on the planet impacts the environment. We eat, we drink, we wash, we travel, we poop.

None of the stuffed suits in Glasgow has openly admitted that they wish to make people poorer.

So, the obvious answer to lowering the global footprint of humanity is to reduce our population.

Pretty much the entire developed world is doing that. North America, Europe, Australasia, China, Korea, Japan all have falling populations. For the most part, these populations are dropping precipitously.

Meanwhile, the global population is exploding thanks mostly to Africa, India and the Middle East.

Anyone who cares at all about any environmental problem, whether it be climate change, pollution, deforestation, loss of diversity or any other actual problem, would start by addressing this elephant in the room.

The current African population of around a billion people is predicted to triple to around 3 billion within 80 years.

In 1950, Africa’s population was around half that of Europe at somewhere around 150 million. At that time, lots of them were starving.

The reason for this is that Scomo, Bojo and their equally vacuous predecessors have been taking money from European taxpayers and sending it to Africa and the rest of the Third World for decades.

Those dollars which weren’t embezzled, were used for expanding the population exponentially. Little else has changed.

Anyone claiming to be to helping the environment without addressing the population issue is either a blithering idiot, or a bare faced liar.

Fortunately for CO2 levels, most Africans and Middle Easterners do not consume much power, due to their relatively low levels of income.

From an environmental standpoint, the worst thing we could do is to start importing these people en masse into wealthy Western nations and immediately plug them into our generous welfare systems.

Not only have our politicians been doing this for decades, but they are about to start ramping it up even more by using the excuse of ‘Climate Refugees.’

There are currently zero people around the world being displaced by climate change, but that won’t stop our crooked pollies from claiming that they are.

If these politicians cared about CO2 levels, they would have stopped Third World immigration years ago. Instead, they are ramping it up

Any objective look into the biggest producers of CO2 can’t go past the Middle Kingdom.

China’s output of CO2 dwarfs that of all other nations, including the USA and Europe combined.

Despite being the world’s second largest economy, they claim an exemption based on the claim that they are a ‘developing’ country.

If they mean that they are developing hypersonic missiles, militarised islands in contested waters and nuclear weapons for terror states, then this would largely be correct.

Anyone who falls for this brazen hypocrisy is either an idiot, or else they don’t care about global warming at all.

All our politicians have done, is to transfer our coal power generation, along with wealth, power and jobs, to China.

That’s great for the despotic CCP, but for the environment – not so much.

Just to show their contempt for the whole process, China and Russia won’t even bother showing up. No one will mention this fact, they don’t care.

Most supposedly renewable energy sources are not really renewable at all. They depend on hydrocarbon power to be viable.

Ethanol is a case in point. It can be made from sugar. Problem is, that it takes diesel powered tractors and equipment to produce and is estimated to consume more power than it actually produces.

Michael Moore’s documentary Planet of the Humans was a stunning rebuke of the renewable energy sector.

The movie exposed renewable energy as little more than a scam designed to bilk taxpayers out of their hard-earned wages and divert them to ‘environmentally friendly’ corporate grifters.

Renewables are frequently more harmful to the environment than the hydrocarbons they are supposed to replace.

The only viable carbon free alternative for reliable base load power is nuclear.

Australia has the world’s largest deposit of uranium, and more unpopulated land than you could poke a stick at.

We could easily replace coal fired power stations with nuclear ones which would be equally reliable and acceptably safe.

Modern reactors bear as little resemblance to their 1950s predecessors as a Tesla bears to a Morris Minor and are infinitely safer than the older generation reactors.

Probably, it would be slightly more expensive to produce power this way, but if you really cared about CO2, it would be worth it.

With today’s technology, renewables are not viable sources of base load power and are unlikely to become so anytime soon.

Another supposedly ‘green’ alternative is gas.

Historically, gas was seen as cleaner and greener, but this is no longer the case. Coal is now just as clean.

Previously, oil and gas companies like Shell, BP and Exxon Mobil couldn’t compete with coal for power generation on price.

Yet they have successfully argued this ‘green’ angle and are now able to sell expensive, CO2 producing gas for power generation whilst cheaper coal plants sit idle.

They are fully on board with climate change and will do whatever they can to silence opposition.

Firstly, understand that global warming/climate change is a prediction, and not one that is standing the test of time too well.

No matter how often the computer modelled predictions fail, these people just keep doubling down on them.

When CO2 began to increase significantly after WW2, temperatures dropped until the late ‘70s until people were beginning to believe we were headed into an ice age.

Since around the turn of this century, as China has turbocharged global CO2 emissions, temperatures have stubbornly refused to climb.

If anything, they are currently falling slightly and all the predictions of ice-free Arctic summers and melting glaciers have failed to materialise.

Why do these so-called scientists refuse to acknowledge this? It is because any minor deviation from ‘the narrative’ of doom and gloom will result in vicious, career destroying attacks – just ask Peter Ridd.

Few scientists dare to speak out – and given what happens to brave and honest people like ex-professor Ridd, that is hardly surprising.

Politicians are rarely your friend. They care little for things like the environment. Most of them are simply focussed on maximising campaign donations. If you want to understand why they are pushing climate change, follow the money.

Third world nations like China control the UN which is sponsoring the COP summit. They benefit massively from a transfer of wealth and a massive competitive advantage by burning cheap coal for power.

Large companies make squillions from Government subsidies for ‘green’ projects which are often worse for the environment than the benefits they bestow.

Oil and gas companies are making big money and love the Climate Change push and the way it makes them look environmentally friendly.

I care for the environment. I was once a member of Greenpeace and campaigned against deforestation.

I avoid chemicals in my garden which has a pond where native frogs live and breed and lots of trees.

There are many ways we can, and should, improve or maintain our environment yet politicians are rarely interested.

Why? Because they don’t really give a rat’s backside about it. As long as their snouts remain in the trough, they will tell you whatever you want to hear.

Do your own research outside of the mainstream media hype. Check out previous predictions of doom and gloom.

Have a look at the multimillion-dollar beachside mansions that “Climate Campaigners” like Al Gore and Barack Obama have recently purchased.

Look at both sides of the argument and you will soon begin to see that this has nothing to do with the environment, and everything to do with transferring wealth and power on a massive scale.

Listen to experts like those at the Saltbush Club who are not paid by Governments or multinationals.

Most importantly, do your own research and don’t be one of the sheep. 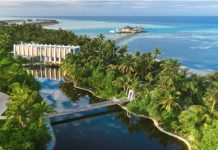