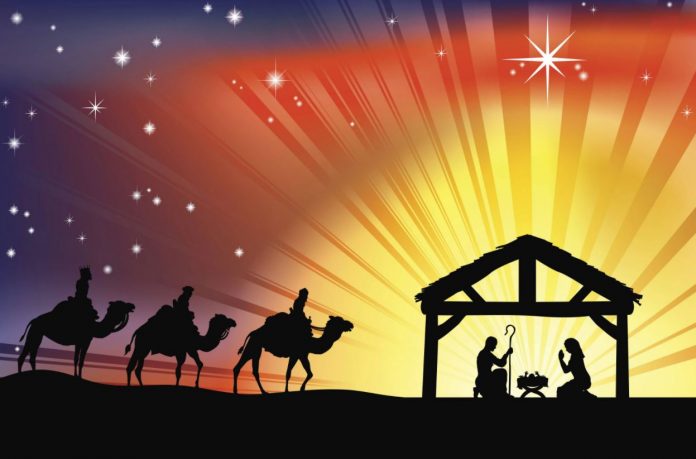 Well, it’s not just any bloody ‘holiday’. This is Christmas, with all the rich history, culture and downright fun that all that entails so Grinches get lost. The Richardson Post is a misery free zone.

What a year it’s been! It started with a supposed ‘insurrection’ and went downhill from there.

Americans stupid enough to actually vote for Joe Biden (and let’s be honest, there were a few of them) are having buyers’ remorse every time they fill up with gas or visit the supermarket.

Inflation is starting to eat them alive and believe me, there is much worse to come.

That isn’t the worst of it, however. The new elite overlords are doing everything in their power to destroy the lives of ordinary Americans.

György Schwartz, AKA George Soros has been funding District Attorneys around America, intent on emptying the worst criminals onto the streets.

Chesa Boudin is a great example. The son of radical Communist sympathising, murdering terrorists, he went and worked for Communist dictator Hugo Chavez.

He is now DA for San Francisco and is doing more damage than his parents and adopted parents could ever have dreamed of. I encourage you to read his Wikipedia page here:

The fact that someone like this isn’t barred from public office says a lot about where we are as a society.

It hasn’t been all bad news, however. Kyle Rittenhouse walked free and is now looking at defamation cases against the scumbag media who did everything possible to smear him.

Tucker Carlson has been going from strength to strength and is now at the top of the Fox News hierarchy.

He only needs to go a little further to become identitarian which is scaring the pants off establishment shills like Chris Wallace who quit his job in disgust and ran snivelling off to CNN where his hatred of Trump will be better appreciated.

Joe Biden can still walk too, he just can’t walk anywhere without hearing people chanting F@#k JOE BIDEN! at the top of their lungs.

In September of this year, The Richardson Post’s Howell Woltz broke the news that all of our major corporations have the same three corporations as their largest investors.

Vanguard, State Street, and Black Rock are the major owners of all major media companies, as well as all the big pharma jab makers who are currently thought to be raking in a thousand dollars a second thanks to the shoddily tested vaccines and boosters being pumped into citizens around the world.

Whilst this is apparently legal, prescribing Ivermectin or Hydroxychloroquine is illegal unless you live in a more enlightened country like Indonesia or India where Covid is rapidly disappearing, along with potential Pfizer profits.

Even in first world nations the pandemic is fizzling. You wouldn’t believe it if you read the Vanguard press of course but it is following the path of all other viruses.

Eventually, when everyone has caught some version, we all become immune and the virus disappears.

Expect the end of it soon, is my prediction.

What may not be disappearing soon, is the damage from an untested (in the long term at least) Vanguard vaccine which is currently being forced on those who haven’t been frightened into taking it already.

Sportsmen and women are dropping like flies although the Vanguard media are maintaining an undignified silence as usual.

It isn’t just sportsmen either. Hundreds have died from the jab in Australia alone. Meanwhile, the vaccine rollout is being extended to 5 year olds. Kids have almost no danger of catching Covid because it binds to the Ace2 receptors (apparently) which children’s cells have very few of.

So, they are injecting our children with these vaccines which have yet to undergo long term testing. Why would they do such a thing? Well, it’s because the modelling says it will make things better.

That’s probably the same modelling that said 5 squillion people would die in the Australia alone and that the Arctic would be a major sea lane by 2007.

I just pray that the vaccine won’t cause birth defects in the children of these vaccinated children. That’s why we have long term testing for vaccines which cause long lasting, or even permanent, changes in our bodies.

Then, there was the Afghan debacle. That was the moment when even die hard lefties suddenly realised that Trump Derangement Syndrome has consequences. It became almost impossible to believe that America’s foreign policy was being driven by people who were not our sworn ememies.

As these clowns make things worse, however, more and more people are waking up to the reality. Recently, a member of the corporate plutocracy broke ranks. To be fair, Elon Musk was never a paid up member of that club to begin with but has surpassed them all to become the world’s richest man.

Not one to miss a chance to savage someone who makes a positive contribution to society, Senator Elizabeth Warren attacked Elon on Twitter, calling on him to pay more tax. Musk hit back with a series of hilarious tweets calling her ‘Senator Karen’ and pointing out that she doesn’t pay any tax at all.

This was possibly a more valuable service than building electric cars since many on the left seem not to understand this fact at all.

People who work for the Government don’t pay tax, they get paid from tax. That is why these parasites always want higher and higher taxes on those who actually produce things.

All in all, we are living through incredibly ‘interesting times’ and the battle keeps getting hotter. Information is key because they have the media, but we have the truth.

That is what makes The Richardson Post so valuable and why we are trying so hard to improve and bring you the news that the mainstream are hiding.

Importantly, we couldn’t do this without you guys. So many of you are contributing both financially, and with news items in the comments which in itself makes us into a valuable source of information.

So from all of us here, we want to thank you all from the bottom of our hearts for sticking with us through thick and thin.

I would also like to thank our new tech team who have removed us from the Amazon servers and now have us hosted separately in a setup which is both stable and secure.

I’m sure you have all noticed how those glitches are no longer affecting us anymore and I hope we can continue to build on our new stable platform.

Lastly, I want to let you all know that I am working on a new book which will hopefully be finished early in 2022. It is a joint effort and slightly controversial (of course) but I believe it will have as much, if not more, impact than my last book.

It is being written in conjunction with a good friend and fellow traveller. We have written together in the past and we both have talents which make us a powerful team. Neither of us could have done this on our own.

I won’t be saying too much more for the present. I am currently focussed on finishing it and getting it out there to the largest audience possible.

In the meantime, I just want to wish all of our readers and supporters a very, very happy Christmas and a fabulous New Year.

On that subject, watch out for Trump’s speech on January 6th, it promises to be a doozy.

Until then, all the best to you and yours,

Harry and the gang.

HOW TO MAKE TURKEYS VOTE FOR CHRISTMAS