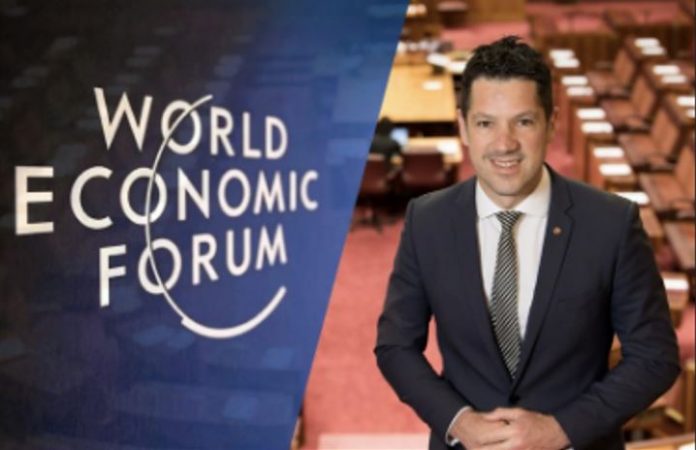 This email was sent to one of our faithful readers by Senator Alex Antic. In it he tells us what is really going on with world governments and the World Economic Forum. Please read on and watch the clip, it’s very informative.

Australian society is built on trust, but trust can only exist where there is transparency. As citizens of a democracy, we deserve to know when forces antithetical to Australian values are operating within our country.

You have the right to know when the influence of subversive organisations extends into our institutions, pushing ideology diametrically opposed to Australia’s core beliefs.

One of those organisations is the World Economic Forum.

Founded in 1971 by Klaus Schwab, the WEF is steeped in authoritarianism and Marxist ideology.

It’s an ideology you and I can see creeping into governments across the world, and Australians have the right to know the extent to which the WEF influences and infiltrates our country.

Its message is designed to appear harmless when in fact, the ideology that underpins it is revolutionary and destructive.

They train aspirational leaders in their ideology and help them make connections in spheres including politics, business, and the arts.

As Schwab himself when speaking about the Canadian Parliament:

We penetrate the cabinets. I know that half of this cabinet, even more than half are actually Young Global Leaders of the World Economic Forum. It’s true in Argentina. It’s true in France, now with the president, who was a young global leader.

The WEF promotes lockdowns, mandatory injections and a system of digital identification, consistently advocating for the harshest and most extreme COVID measures.

They drive a left-wing political agenda, pushing climate change alarmism, the myth of so-called systemic sexism, using manufactured outrage as a reason to ‘reset’ our societies.

It was Schwab himself who coined the term “The Great Reset”, publishing a book with the same name about the “opportunity” the pandemic presented to reimagine and reinvent the West.

A video from the WEF – which has since been deleted – with ‘eight predictions for the world in 2030”, claimed that “you will own nothing, and you’ll be happy”.

A slogan that hits the same dystopian note as “work makes you free” and “ignorance is strength”.

On your behalf, I have recently put your concerns about the WEF on the record in the Senate chamber.

You can watch my speech to the Senate here:

You don’t have to be a political philosopher to figure out that if you own nothing, the state owns everything. There’s a word for this, it’s communism.

The political left’s attempt to impose their authoritarian beliefs on freedom-loving Australians is nothing new, but just because they haven’t succeeded yet doesn’t mean we can relax.

To quote Margaret Thatcher, “Communism never sleeps, it never changes its objectives, and nor should we.”

We need to be alert to the threat, ready to fight, and willing to do what is necessary to protect the freedoms and human rights of all Australians.

We have a right to know the full reach of this organisation in the Australian government and institutions, and we are going to find out.

HOW TRUMP VOTERS WERE ROYALLY ZUCKED