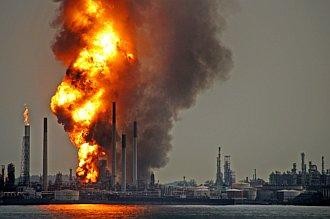 In an oil refinery, even routine jobs can turn nasty. Some jobs however, were far riskier than others. Hot taps were one of the most dangerous.

There are some pipelines in a refinery that are essential. They just can’t be turned off unless you shut the entire plant down. Sometimes, usually when something was going wrong, they would need to divert some or all of the contents of one of these pipes. This meant splicing a new section of pipework onto the side of the existing pipe with the product still running through, often at very high pressure.

The way we did this was through a process called a “hot tap.” The process was quite ingenious. First you welded a short section of pipe onto the side of the pipeline. The short piece of pipe had a flange on it.

Then, we bolted a valve on to the flange and opened the valve fully. That done, we would bolt the hot tap machine on. 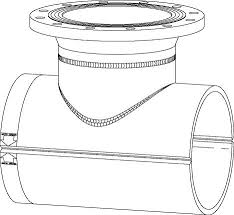 Pipe with short piece and flange welded on the side

The hot tap machine was like a giant hole saw, which bolted on to the valve and sealed it whilst it was drilling. Once you drilled through the side of the pipe with the machine, the hole saw was withdrawn and the valve was closed. With that done, the hot tap machine could be unbolted from the valve and the new pipework bolted on. Then, the valve would be opened, and the product would flow through the new pipework. (Phew! sorry if that was a bit technical).

The risky part of the operation of course, was welding onto a live pipeline. Even if it was only a water pipe, blowing through the pipe would shut down the entire refinery, potentially for a day or two. Usually however, the consequences were far less trivial. Often, the pipes contained flammable or explosive product like benzine, jet fuel or LPG.

On large bore pipes you usually had no option but to sit on the pipe as you were welding. Nothing sharpens your thought processes like the knowledge that if anything goes wrong, the last thing to go through your mind will probably be your testicles. 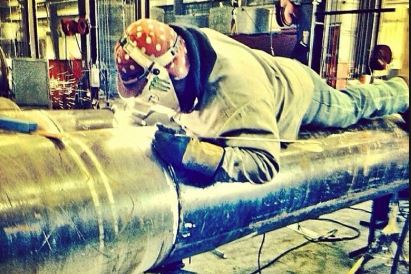 Can I at least have a parachute?

It wasn’t only your own life you were playing with either. I was informed on one job, by a senior engineer with a completely straight face, that if the worst were to happen that you wouldn’t want to be this side of the Breakfast Creek Hotel. That was around ten kilometres away.

Not surprisingly, the people who work at refineries take their jobs very seriously. People who don’t are booted out quick smart. It amazes me therefore, that people who are responsible for averting far greater calamities can act with such banal indifference to the potential consequences of their actions.

As a welder in a refinery, I could have taken out a couple of Brisbane suburbs. When politicians screw up, they risk the entire nation. One of the riskiest policy areas which politicians manage is immigration policy.

The world is full of insanely crazy people. Many of these nutjobs despise us and would love a chance to wreak havoc on the citizens of this nation. Take Mohammed Hassan Manteghi Borujerdi for example.

Borujerdi was born and raised in Persia (later to become Iran). This is a nation which is chock full of people who wish death on America, Israel and the West. We know this, because since the early eighties, we have been treated to regular footage on the nightly news of crowds of people in Iran waving AK47s and screaming “DEATH TO AMERICA, ISRAEL AND THE WEST!!” They don’t do this all the time of course. There is a national holiday in Iran called Jerusalem Day when the crowds scream, “DEATH TO ISRAEL, AMERICA AND THE WEST!!” 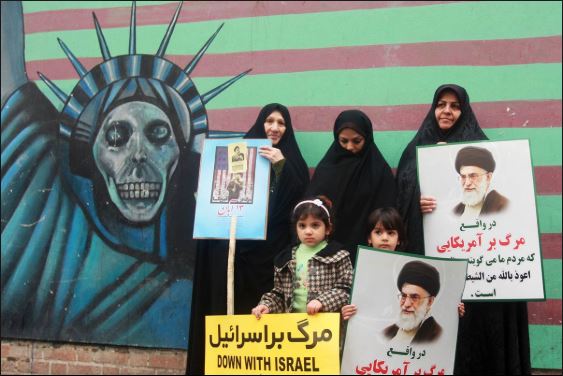 We hate your country, but can we come and live there?

You might think then, that when considering applications for Australian citizenship by Iranians, that our immigration officials might be asking themselves, “what could go wrong,” and concluding – quite a lot.

Apparently however, this was not the case when Borujerdi applied to become a citizen of Australia. It is hard to find anyone who thought that Borujerdi was a good guy. A psychiatrist thought he was schizophrenic. Other opinions ranged from a self-obsessed megalomaniac to far worse.

Within a few years of arriving, this man had been involved in multiple sexual assault cases, the murder of his ex-wife and had written dozens of hate letters to distraught women whose husbands had been killed fighting in Afghanistan and Iraq. The letters accused the dead men of being callous murderers of innocent women and children.

Borujerdi changed his name multiple times, eventually calling himself Man Haron Monis. Just over a decade after being granted Australian citizenship, he was responsible for probably the most traumatic hostage siege/mass murder event in Australian history. 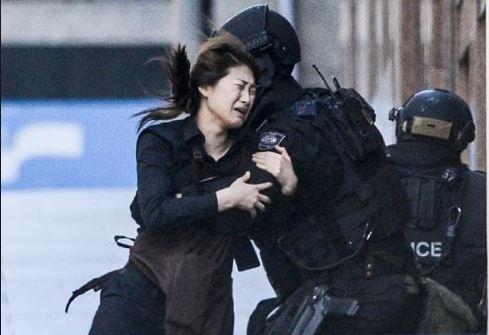 "I thought Australia was a safe country!"

All sorts of investigations and enquiries have been held into the failings of the police, the judiciary and the intelligence services. From what I can gather, there were plenty of mistakes made. However, these people should never have had to deal with this lunatic in the first place.

Whoever made the decision to grant Man Monis Australian citizenship was possibly the worst judge of character since Eva Braun. The consequences of that decision were catastrophic. It led to multiple deaths and countless untold misery. Whilst he was here, Man Monis doesn’t appear to have done a single day of productive work. 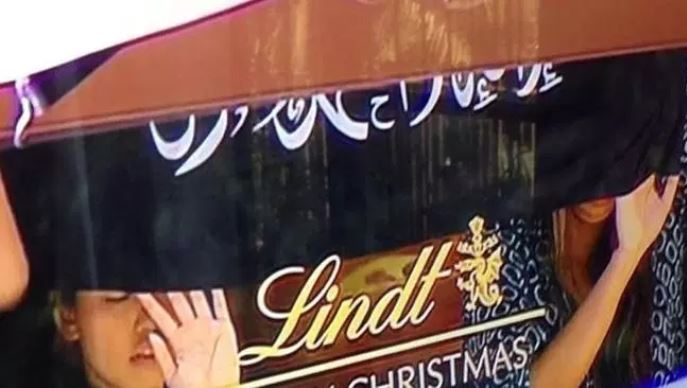 The Shahada blacks out Christmas

Yet to my knowledge, the person, or people who made this disastrous decision have never suffered any consequences. The media have never pursued them. Politicians have never raised this as a question. I expect they are still in their jobs choosing ever increasing numbers of people to award Australian passports to.

Why do we allow this situation to continue? The act of bestowing citizenship upon a foreigner is a momentous task. The best migrants can contribute millions of dollars during their lifetimes and enhance the country immeasurably. The worst migrants have the potential to impose almost unlimited human and financial costs.

Why then are the people making these decisions, on a flat salary with almost no incentive for outperformance, and no consequences when they royally screw up?

We need to fix this problem soon, or face ever increasing consequences. In this day and age, we have information coming out of our wazoos. Governments are quite capable of calculating how much each of us contributes in terms of taxation receipts and how much each of us costs in terms of things such as welfare payments, medical bills, police investigations or even jail time.

Immigration department officers should be paid solely on a performance basis. They should be amongst the best paid people in Australia if they are doing a good job. They should also stand to lose their jobs if they make a disastrous decision as in the case of Man Monis.

The political oversight also badly needs reform. Currently, immigration is overseen by a Minister who is appointed by the Government. People vote for Governments based on a raft of issues. Immigration is often low on a list of priorities. In America, law enforcement officials such as the Attorney General can be elected separately from the rest of the Government.

I don’t think it would take a monumental constitutional change to ensure that in future, the head of the Immigration department is elected independently of the rest of the Government. There should be a constant update on the financial contribution or otherwise of the migrants admitted under the term of each Minister.

Each migrant should be attributed to the Minister who gave them citizenship and this information should be freely available. That would create at least a degree of accountability for those responsible for choosing our migrant intake.

When people face consequences for the decisions they make, they make far smarter choices. A culture develops where before acting, people ask themselves, “what could go wrong.”

It is well understood that we need a culture of this sort in major hazard facilities like oil refineries of gas plants. We need to acknowledge that granting citizenship to the wrong person carries risks which are every bit as serious.

The disaster of 9/11 was not caused by Americans. The perpetrators were foreigners who should never have been allowed into the country. They were not citizens, yet even on short stay visas they were able to cause 4,000 immediate deaths, billions of dollars in immediate damage and draw America into wars which cost trillions. 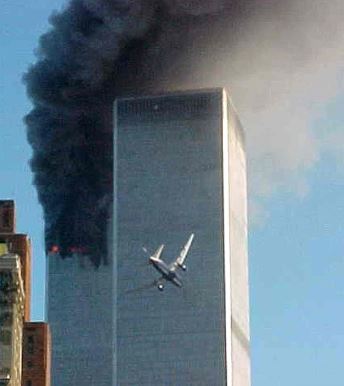 Allahu Akbar? Death to America? Where have I heard that before?

These people all belonged to a religion which glorifies suicidal attacks against non-believers. This is a religion which has inspired around 30,000 fatal attacks since the Twin Towers attack. The perpetrators of 9/11 were motivated by this religion.

The last cries heard through the radio were “Allahu Akbar” or Allah is Greater (than all others). Members of such a dangerous religion should never have been allowed into the country.

President Trump’s move to ban people from high risk countries is a step in the right direction. However, it does not go far enough. It is time that our Governments began an in-depth investigation into the political aspirations of Islam and the potential consequences for our nations. 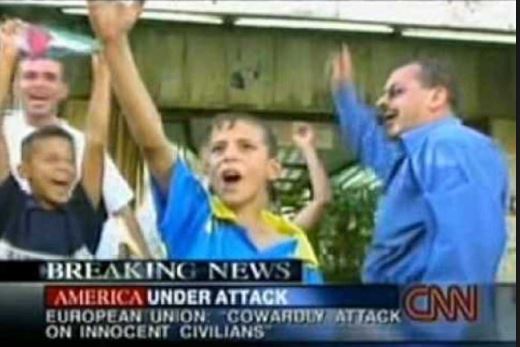 Palestinians commiserate on "That glorious Tuesday"

Governments have a duty of care to protect their citizens. Allowing a person to cross our border carries grave risks. Handing them citizenship carries an even greater risk. It is time politicians began to seriously ask themselves, “What could go wrong.”