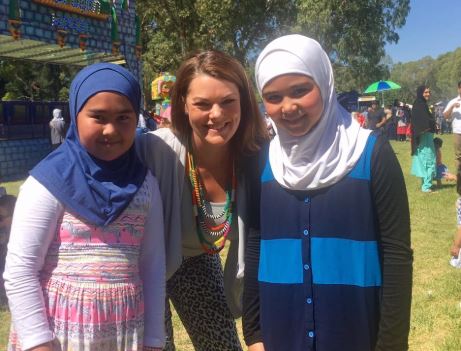 This article is published with the kind permission of RiteOn. It will be closely followed by the other two parts.

Voting is compulsory in Australia, so if you’re on the electoral roll, come election day you HAVE to cast a vote.   If you don’t, you’ll probably get fined without an acceptable valid reason.

Voting is a privilege that many across the world don’t enjoy, and a right that our forefathers fought and died protecting.  Rite ON encourages all Australians to participate in the electoral process of deciding who Governs us Federally for the following 3 years,

But if you’re going to do it, make sure do it right to reflect YOUR wishes.

Australia has a bicameral Parliament (that’s a fancy word for 2 houses of Parliament). The Upper House is called the Senate and the Lower House being the House of Representatives, with the Parliament’s powers established in Chapter I of the Constitution of Australia.

The upper house (Senate), is a house of review for proposed legislation formed in the lower house and can relate to matters of national defence, immigration, the economy and taxation. Having a responsible government is critical to your future, because politics affects everything in our daily lives; our jobs, wages, superannuation, taxes, house values, community safety, roads, schools, and hospitals, and the future for your kids.

In this coming 2019 federal election you will be voting for your federal member in your local division/electorate, and for your State or Territory senators. When you show up to your nearest polling station – democracy sausage sizzle in hand – you’ll be inundated by many parties & candidates’ booth workers coercing you to take their How To Vote Cards which support their party and/or candidate.  Choose wisely – it’s your future and your children’s future at stake.

Both houses are important to the successful running of the parliament. Your local federal member sits in the House of Reps & titled Member of House of Representatives (MHR), and your State Senators, in the Senate.

To decide who Governs Australia after an election, the party that commands the majority support on the floor of the House of Representatives approaches the Governor General (as the Queen’s representative in Australia) for assent to form Government for a term of 3 years.

If the Governor General agrees, the 3 year term commences on the first Parliamentary sitting day of the new Government.

For example, in the 2016 Federal election, 150 members were elected to the House of Representatives from 150 divisions (electorates) across the nation.

The Liberal & National Party coalition formed Government by holding a slim 1 seat majority of 76 seats on the floor of the House of Representatives.

In the upcoming 2019 Federal election, and after an Australian Electoral Commission review of boundaries, there will be 151 members elected to the House of Representatives.

For more details on Senator’s expiry dates copy the following link into your browser. https://www.aph.gov.au/Senators_and_Members/Senators/Senators_by_service_expiry_date

With disillusionment of the 2 major parties, the vagaries of voting system and a host of new minor parties emerging, it is critical to understand the voting systems in both the House of Representatives and the Senate.

NO VOTING = NO COMPLAINING.

HOW TO MAKE SURE YOUR VOTE IS COUNTED

To ensure that the Australian Electoral Commission (AEC) counts your voting paper, it must comply with certain rules.

Ballot papers that do not comply are set aside as INFORMAL and not counted.  The rules vary between the House of Representatives and the Senate, and are defined in section 268 of the Commonwealth Electoral Act.

It says, A vote is INFORMAL if:-

You have to number every single box in the green House of Reps ballot in order of your own personal preference.

Do NOT leave any boxes blank, and don’t use ticks or crosses – just numbers.  The disillusioned may feel like this cartoon, but make sure your vote is counted.

So put a “1” in the box of the candidate you like best, and a “2” for second best and so on, until you’ve filled out all the boxes, just like this formal valid vote that would be counted into the tally by the AEC:-

In the 2016 House of Reps federal election, 5.05% of votes cast were INFORMAL.  Make sure your vote is counted, and does not unintentionally fall into this category by a misunderstanding of the voting system.

HOW TO MAKE SURE YOUR VOTE COUNTS

Then, the candidate with greater than 50% of the 2 candidate preferred votes is elected.

Number the boxes in order of your choice of candidates (best first,  worst last), until you’ve filled out all the boxes with a number of YOUR choice, not necessarily the candidate’s How To Vote Card.

REMEMBER – you own your preferences NOT the candidate or the party so choose wisely.  Your ballot paper should reflect YOUR wishes.

A failure to think seriously about your order of preference (including a donkey vote) could help elect a candidate you did NOT prefer.

By simply numbering each box the boxes in numerical order from the top is called the “DONKEY VOTE”.  It counts in the overall tally, but could have unintended consequences in electing a candidate NOT of your choice through first preference and/or preference distributions.

To highlight the importance of preference votes see the table below.

Interestingly though, 53.19% of seats in NSW and 43.24% in Victoria were decided by firstpreference votes – both well above the national 32% average and significantly above the Queensland average of 13.33%.

Queenslanders & other States – cast your preference votes with deep consideration.  Learn more in Part 2 of this Rite ON series.

Copy the following links into your browser to view the AEC list of seats that fell into these categories:-

More on the impacts of preference votes from the 2016 Election….

Compare the 2 major parties outcomes in seats where they led on primary votes:-

Even more compelling is comparing the 2 major parties outcomes in seats where they were behind on primary votes:-

This highlights the extent to which preference votes determined the final outcome in Australia’s 2 Candidate Preferred (2CP) voting system.  Labor is ahead by the proverbial mile in its solidarity & preferencing tightness with those parties on the “left” side of politics (e.g. Greens), when compared to the Liberal/National & those parties on the “right” side of politics (e.g. One Nation, FFP, ALA, LDP, RUAP, AC, KAP, SFF).

We will be running Part 2 and Part 3 shortly. Watch this space.