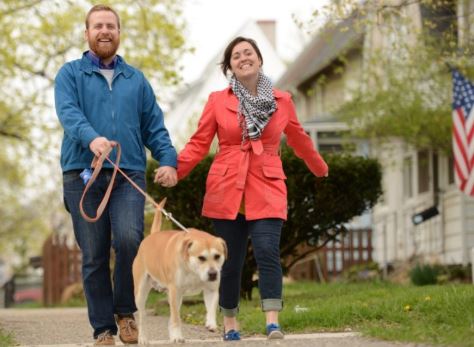 Well, having discussed the dangers of White Nationalism in a previous post, I’d just like to assure you all that steps are being taken to reign it in.

I’m sure you can all breath a little easier knowing that White people are not going to be allowed to remain as a majority in any country on Earth.

The 2019 congressional committee hearings on “hate” and “white supremacy” have been held and it has been decided that White people are a threat to the entire world.

There were a number of people from different ethnic groups participating. Some were African Americans, some were Latinos.

Surprisingly however, two of the groups that seemed to be leading the charge were the Anti-Defamation League and the Zionist Organisation of America.

They are determined that Jewish people should be, and should remain, a majority in this country and have the right to call it their own.

They are quite happy that obtaining citizenship in Israel should require a DNA test to ensure that the applicant is ethnically Jewish.

They believe in the right of Jews to defend themselves against anyone who wishes to take this land from them with deadly force if necessary.

I personally have no real problem with any of that. People should be allowed to have their own territory and be left alone on it. However, as the following video shows, there isn’t a great deal of reciprocity going on here.

Morton Klein, the president of the Zionist Organisation of America (ZOA) doesn’t appear to want to live in this Jewish Ethno-state. He wants to live in a White country (America).

The only thing is, he doesn’t want America to be a White country anymore. He thinks that any White person who wants to continue to have what the Jews have (ie. Their own nation in which they are a majority) is a dangerous extremist who must be crushed by the full force of the law.

I’m trying to think of an English word which would properly describe this position, but I don’t think we even have one. So, at the risk of being accused of “cultural appropriation” I’m going to borrow a word from another language and call it what it is: “Chutzpah.”

You might think that it would be impossible to top an act like that, but the ADL are not ones to back away from a challenge.

The ADL are an organisation dedicated to fighting Antisemitism. They are probably the largest Jewish advocacy group in the United States today.

They have actually taken data about criminal acts and twisted them around to make it look as though White nationalists and advocates have been the main perpetrators of heinous crimes in America. They also insist that things are getting rapidly worse.

The ADL were at the hearings, quoting from their research and using it to paint White nationalists as monsters who are running riot all over America.

Fortunately for us, Jared Taylor has analysed the ADL report and given us a breakdown of the figures. Here is the start of his analysis:

For 2016, the ADL reported 69 deaths due to extremists, but admitted that 62 of them had nothing to do with white extremism. Pulse Nightclub shooter Omar Mateen accounted for no fewer than 49 deaths, and black nationalists murdered eight police officers: Micah Johnson killed five officers and Gavin Long killed three.

Another “extremist” whom even the ADL did not call a “white nationalist” was Erick David Shute, a “sovereign citizen” who killed three men. Mr. Shute said he didn’t understand what was happening in court and claimed he was in contact with the “entire celestial spiritual realm.”

It pretty much goes down hill from there. I would strongly encourage you to read the rest of the report here:

This is extremely concerning because the ADL are not just some two-bit hustlers. They have an annual budget of around 70 million dollars (according to the movie “Defamation”) thanks to donations from America’s Jewish community.

Control the Sources of Information

Don’t be too alarmed if you are running a site which tells the world how much you “hate” broccoli. It seems that the main kind of “hate” they are interested in targeting, is White people who love their own countries.

You might have noticed that expressing support for a reduction in Third World immigration into White countries will have you in Facebook jail quicker than you can say “Religion of Peace.”

Why is a Jewish advocacy group partnering with Jewish run big tech companies to crush any resistance to an invasion of Jew hating, extremists into the countries they live in?

I honestly have no idea, but I don’t think they are concerned about the welfare of ordinary Jews, any more than they care about the rest of us.

Thankfully, Jewish organisations are at least championing free speech so we can discuss issues like this and get to the bottom of them. Oh no – wait……