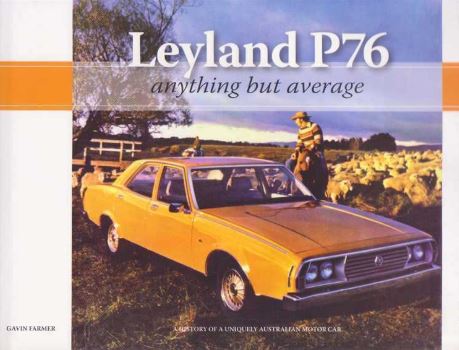 You got that right!

Before we start, I just want to make one thing clear. I wasn’t brought up Right Wing. My parents weren’t wealthy and voted Labour as far as I was aware. I always voted Labour when I was younger.

I spent most of my life working as a pipefitter and pipe welder and was a union delegate for almost a decade.

I am not wealthy now and I don’t own any stocks or shares. I say this because there will be some readers who always write off people like me as rusted on “idealogues” or fat cats looking out for their own fortunes. That is definitely not me.


When Should Government Provide Services?

I would also like to say that, contrary to what some hardcore Libertarians may say, I believe that there are some things that the Government should run. Not because they will do it well, they won’t.

Some situations create natural monopolies. Roads are one example. Give a road over to a private company and they will charge you an arm and a leg to drive into your own house.

A private company should never be gifted a monopoly. That is a recipe for disaster. In the rare case of a natural monopoly, the Government should run it.


And When Shouldn’t They?

In the vast majority of cases however, Government should never be involved in providing services. Government should confine itself to guarding the borders and protecting the people and their property rights. In short, they should be making rules which improve the lives of the majority.

In previous posts, we looked at the extremes of Right and Left. We saw that having the man with the gun (the Government) running things has always led to mass starvation and collapse.

But what about a model such as we have now which is part Capitalist and part Socialist? What if a capitalist society were to have Government stepping in to lend a hand when Capitalism fails? Wouldn’t there be times when this might be beneficial?

We will be looking at failure in Capitalist societies in the near future. For now though, let’s just look at the basic business model of a private and a public venture.


What Is the Business Model of a Business?

In a Capitalist system, anyone can start a new venture. First, you must identify a need or want. Then, you need to satisfy that need or want cheaper and more efficiently than anyone else.

I don’t often resort to formulas as I hate algebra with a passion but here is the World’s most important economic formula which you will never find in an economics text book.

So, to succeed in a business venture, you need to serve people in the way that they need, at the time they need it, better, more efficiently and more pleasantly than anyone else. If you can do that, you will make lots of green folding stuff (cabbage leaves).

If someone is hungry and you can provide them with a cabbage, they will pay you. Unless of course, they would prefer a cauliflower and someone else has one. That is the trick. To be successful in a capitalist society, you need to predict what people will want, and provide it for them when they want it.


And What is the Business Model of the Government?

So, what about the man with the gun (the Government)? What is their business model?

Well first, they knock on your door, demand a share of your income and threaten to put you in jail if you don’t hand it over.

Then, once they have your money, they decide what services they should provide you with, how much of it you should get and when they will give it to you.

If you don’t happen to want a Leyland P76, a trip on the Concord or an NBN internet hook up, they don’t give a stuff. Why? Because you have already paid them for those things through taxation. Suck it up big boy, that is how it works.

That doesn’t mean that the man with the gun won’t give you anything. Sometimes, you may even be lucky enough to get something useful.

I was educated at a reasonable Government run school, so I have no excuses for my ignorance. My wife had live saving surgery at a public hospital a few years ago. However, you only need to compare a trip to McDonalds with a trip to the Department of Transport to get a driver’s licence update and you will soon see the difference.

You see, unlike a businessman, public sector bureaucrats have almost zero incentive to provide value for money. In fact, they have a powerful incentive to do the opposite. Why is that? Well, firstly – because of bureaucratic complexity, nobody has a clue how much a particular service actually costs.

For instance, if you were running a private bus service, you would be keenly interested to find out how much each trip costs on average. You need to know this so you know how much you have to charge to break even or make a profit.

If you can reduce the cost of the trip you will receive a tangible benefit. You can either make more profit (or some profit perhaps), lower your prices to attract more customers or pay higher wages to get better staff.

Heads of Government departments have a completely different set of incentives. Of course, they need to provide some basic level of service. However, where costs are concerned – more is more.

If costs are higher, that means that they can justify a bigger budget. A bigger budget means a bigger and more important department with more underlings to push around.

A bigger department also means a salary increase for the head of the department. That is why, every Government department head will fight tooth and nail to increase the money they get from the public purse.

Consequently, the price you may pay for a bus ticket on a Government run bus service has little relation to the cost of the service. In all likelihood, what you pay will be much less than the actual cost.


Where do they get the Money From?

Once upon a time, that money would be taken out of your pay packet. Nowadays however, you simply don’t earn enough to keep up with rampant Government splurging.

Consequently, the Government borrows ever increasing amounts which you will have to pay from your future earnings or those of your children and grandchildren. Thanks a lot Kevin and Juliar.

There are lots more reasons why the Government should never attempt to provide services (Safe Schools anyone?) but that will have to wait for another day.