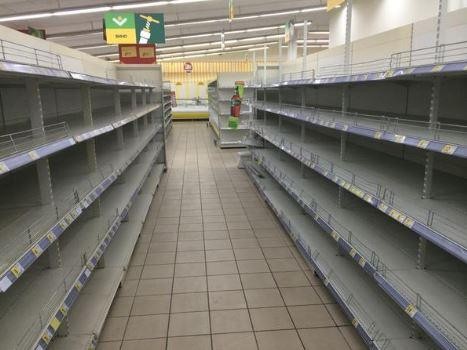 The far-left system of Communism/Socialism was invented almost entirely by Karl Marx. Marx thought that the Capitalist system of setting prices was totally unfair. The problem he saw was that the businessman or entrepreneur who grew the cabbages could charge what he liked and make a profit for his work.

Marx had a fairer alternative. He said that the man with the gun would just tot up the cost of the cabbage seeds, the shovels, the fertiliser, the labour and so forth. He would then calculate the cost of each cabbage.

Labour would be calculated in an arbitrary way. Perhaps a labourer would get one cabbage per hour, a skilled cabbage machine driver would get two cabbages and a professional such as an agricultural consultant would get 3 cabbages per hour. Marx wasn’t exactly sure of course but……..whatever.

With no bourgeoise capitalist taking an enormous profit, the workers would get the full benefit and the prices would be kept low. What could possibly go wrong.

Well, just about everything. What Marx never baked into his price cake, was the desire of the consumer.

In a capitalist society, nobody is forced to buy anything. If you want to sell them something, you need to make something they really desire.

In a socialist society, the man with the gun is in charge of producing things. He doesn’t really give a stuff about what people want. He will just give a bare minimum that he really has to.

The factory chiefs were very proud of their achievement. However, the party bosses then realised that the nail factories had only produced enormous nails that weighed about half a kilogram each and were entirely useless.

The other immediate problem with this system that Marx never thought about, is quality. In a capitalist society, producers strive to create products of the highest quality because higher quality goods command higher prices and are easier to sell. Unfortunately, producing high quality goods is hard bloody work.

In a Left-wing Socialist society where prices are fixed, there is no benefit to producing high quality goods. If you have ever had the misfortune of travelling in a car made in a Communist country, you will know what I mean (the rear windscreen heater is mostly for keeping your hands warm as you are pushing the stupid pile of Junk). 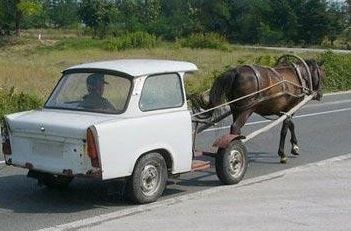 The bigger problem is that the man with the gun has no real idea how to set prices. There is little chance that he will set prices correctly. He will always set them too low or too high.

Let’s look at an example where the man with the gun sets prices too high.

In the European Union, the Government decided that cabbages and other agricultural products were priced too low. So, they forced everyone to pay high prices for food and paid the farmers above the going rate.

This of course meant that there was a transfer of money from the general population to the farmers (who had the ear of the man with the gun through their voting block). This made everyone (other than farmers) poorer than they should have been.

What was worse however was what happened to the cabbages. Because growing cabbages became wildly profitable, farmers grew lots of them. They dug up woods and meadows, they planted on marginal land which should have remained fallow.

They used every type of chemical and fertiliser to grow as many cabbages as possible. Because they were so expensive however, people didn’t eat so many of them. Consequently, the European Union wound up with mountains of unwanted cabbages which they had to pay to store. These storage costs were added to the costs of the cabbages. They also had mountains of butter, beef, cauliflowers and lakes of wine as well as countless other perishable goods. Eventually, they tried paying farmers to not grow cabbages Farmers would then buy up land to not grow cabbages on. 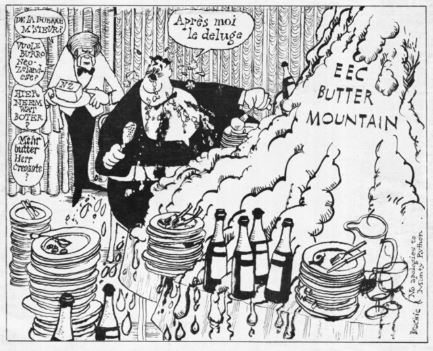 Even Mr Creosote gagged on this one.

Because of the high profits being made, big companies rushed in and began buying out the lucky farmers and created huge farms with no fences or hedgerows. These fences and hedgerows were the homes where many animals and birds had lived. These creatures were largely wiped out.

Cabbages are one of the chief exports of poor countries. They were unable to export into the EU now because the EU refused to take any more cabbages. Instead, the EU tried to dump their excess cabbages onto Third World countries at very low prices which wiped out the poor farmer there and made those countries dependent on foreign aid.

This system pushed up the price of food for everyone in Europe. However, it affected some far more than others. Imagine if the food bill for an average family of four was around $150.00.

Is it any wonder that the people leading the charge for socialism are wealthy socialites or Hollywood superstars? 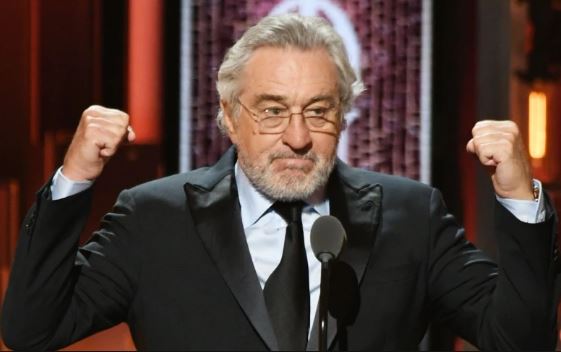 In essence then, this system means that the man with the gun (Government) forces people to pay inflated prices for basic food items which no one can do without.

The poor are the ones who suffer the most. It has terrible effects on the environment. The ones who benefit the most are large agribusiness conglomerates who can produce unlimited amounts of a product with no competition.

There is also no chance that they will reduce prices by flooding the market. It is almost a licence to print money.

Of course, these wealthy business men will pass money back to the man with the gun (Government) through political donations.

In return, the man with the gun will defend this system and promote it in the schools and universities and TV and radio stations that he runs.

The large agribusinesses will spend big money, advertising in the mainstream media on the condition that they will also promote this system as virtuous.

There is a name for the morality of this system. You will have seen it. Its supporters scream it while attacking anyone who opposes them. They write it on banners and wave them in your face while bashing those who want to even talk about changing the system.

It is called “Social Justice.” 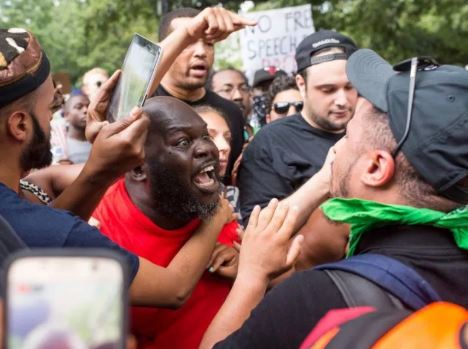