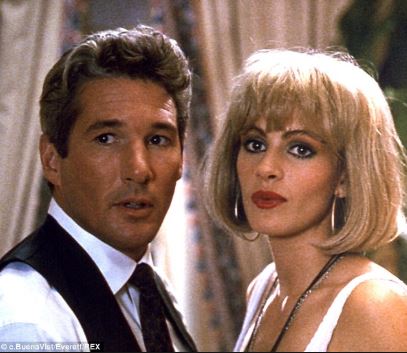 We have a saying back home that “There’s nowt stranger than folk!” That saying pre dates the internet of course.

Since the internet arrived, we have found out that some folk are way stranger than we had imagined in our wildest dreams.

I’m reminded of the scene in Pretty Woman with Richard Gere and Julia Roberts. Edward (the wealthy businessman) says rather condescendingly that “very few people surprise me” to which Vivienne (the newbie prostitute) replies, “you’re lucky, ‘cos most of them shock the hell out of me.”

So, getting back to people and their fetishes, there are a bunch of men who fantasise about seeing their wives taking it from a well-endowed black man. These people are known as cuckolds or “cucks.”

This isn’t the kind of thing you would drop into polite conversation with the vicar of course.

Well, the Alt-Right being what they are, picked up on this and began referring to the pro-multiculturalists as “Cucks.” Typical “wet” Conservatives, who are all for open borders providing the new African or Muslim citizens respect the rule of law, are referred to as “Cuckservatives.”

It cheers me up no end to see a younger generation coming through who have been red pilled and are fully engaged with reality.

The Unshackled is a group based in Melbourne who are putting out information and helping to red pill a whole new generation.

The following is their latest offering which is posted here with kind permission. They call it “The Uncuckables.”

Sorry, we have been advised to remove this content by the Unshackled team due some speculation which could have created problems. Check their website for further episodes – Harry

A bit long but if you have time, feel free to make a cuppa, turn on the volume and enjoy.