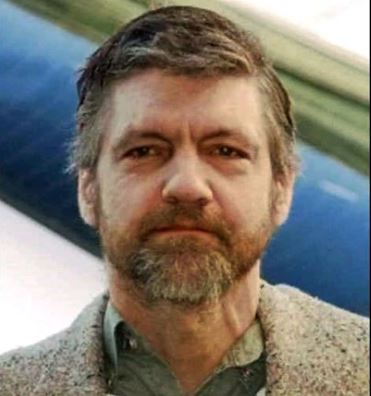 The Unabomber was an unhinged lunatic right? Well – not so fast. Did you know he was a child genius? Or, that he received a full scholarship to one of the top ivy league universities in America.

Did you know that whilst he was there, he was targeted by a covert program which attempted (unsuccessfully) to break him through an experimental form of mind control?

Did you know that the Unabomber became a lecturer at one of the premium universities in the USA? I bet you didn’t know that he left after just two years, because of the stultifying conformity and intellectual suffocation of the Left.

I’m sure you weren’t aware that the Unabomber warned repeatedly of the danger of the Left in his extremely long manifesto. I know I wasn’t and the reason that I wasn’t aware of these facts was that the mainstream media never reported them.

The big question is – why not? Possibly for the same reason that they gave a free ride to the CIA who were attempting to develop techniques for destroying people’s resistance through what is often referred to as “mind control.”

Did you know that members of The Frankfurt School were involved in these programs from within 2 years of arriving in America? Why were these German Jewish academics fast tracked into this insidious program in such a short space of time?

Someone must have given them a leg up. Why would they do that? Maybe all of this is just malicious gossip. As you know, I hate spreading malicious gossip around but honestly, what else can you do with it?

Notwithstanding, I think the following video has some extremely interesting information on the Unabomber and some of the clandestine and highly illegal experiments that the CIA was actually conducting on American and Canadian citizens.

Well worth taking the time to watch I recon.

HISTORY: Learn from it, or repeat it