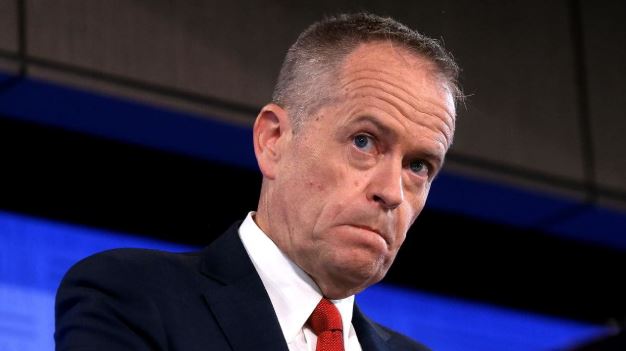 In 2014, Larry Pickering wrote an article titled I was raped by Bill Shorten. Larry had interviewed Kathy Sherriff at his home on the Gold Coast.

He told me about the experience once when I was at his house. “She sat on that chair there and spilled the whole thing” he said to me. Larry believed her 100%. “No one can fake that sort of emotion,” he told me.

Larry had an incredible, intuitive sense of people – that is why he was so deadly as a cartoonist. He could sense people’s emotions and aura. The way he expressed those aspects of the characters in his cartoons was extraordinary.

Larry’s wife felt the same way. She was convinced that Kathy was telling the truth. Women have a feel for that kind of thing.

Barristers hate having women on the jury when they are trying to convict someone of rape. Apparently, they are rather less likely than men to believe women who claim to be victims of sexual assault.

Bill Shorten naturally denied the allegations and the police did not press charges. They considered that there was not enough evidence at that time to convict him.

Larry had seen the police report and considered that a fair assessment.
Rape is a horrible crime, but it is also a legal minefield.

There are multiple motives for women to make rape accusations, revenge, regret, rejection, fear of being found out, peer pressure, you name it.

Kathy did not make accusations to the police until some years after the offence had occurred. When she did report it, she didn’t have contact with those she had confided in at the time.

It was a “He said, she said,” situation which would never have convinced a jury beyond reasonable doubt.

Apparently however, things have changed. For one thing, Kathy believes that she has tracked down some of the people who were there with her that weekend.

According to Kathy (as reported on Michael Smith News) the police told her that “if new witnesses were located or other evidence was found, then they would look at reopening my case.”

She claims to have been busy trying to track down witnesses and evidence ever since. Now, it seems that she believes that she has been successful. She went to a police station with a barrister in an attempt to re-open the case.

Ben Fordham interviewed Kathy’s barrister on 2GB today. Interestingly, it wasn’t just the new evidence that convinced Kathy’s legal adviser to have another go. The other reason was a change in the legal system itself.

The #metoo movement has been demanding far lower burden of proof for alleged rape victims. The Left have been applauding them every step of the way.

They demanded that Christine Blasey Ford be believed on far flimsier evidence. I didn’t agree with that viewpoint then, and I don’t agree with it now. However, far greater legal minds than mine did agree with them.

Cardinal Pell was recently convicted of sexual assault charges on the evidence of a single complainant. This evidence did not seem to be corroborated by the circumstances either.

I am no lawyer, but I guess that Pell’s case will set precedent. That will leave Mr Shorten, the great hope of the Left, up Poo Creek in a barbed wire canoe.
As my Grandmother always used to say, “Be careful what you wish for….”

A NEW WAR THE WEST HASN’T GOT ITS HEAD AROUND, YET

IF YOU CAN’T DEBATE – ASSASSINATE. CAN TRUMP SURVIVE THE DEEP...