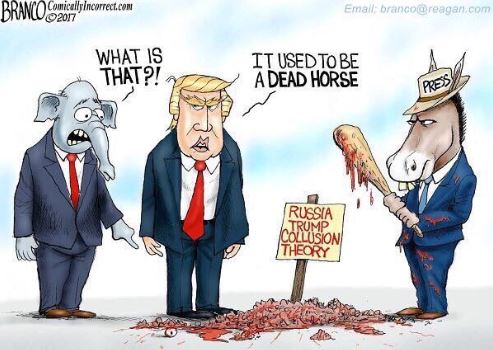 For the last two years we heard almost nothing but hysterical accusations from the legacy media about Russian collusion from the Trump campaign.

We knew the mainstream media were lying of course, because we could see their lips moving.

It became very clear from the beginning of the Trump campaign that the radical Left wing press like The New York Times, CNN, BBC, The Guardian, The Age and many others couldn’t lie straight in bed.

There was something decidedly fishy about the whole “Russian Collusion” tale that smelled like a week old fish carcass.

Trump’s promise to Hillary that “you would be in jail” was therefore a great inspiration to many but of course, the wheels of justice turn slowly and we have all been waiting to see if something would come of it.

The following podcast, if true, could be the link which ties in an operation against the Trump campaign which involved the FBI, the CIA, Mueller, Brennan, Alexander Downer, Hillary Clinton and even Obama himself.
It’s long, but definitely worth a listen.

I’m struggling to embed it so you may need to cut and paste it into your browser. I will ask the Devil to fix it up when he gets out of bed