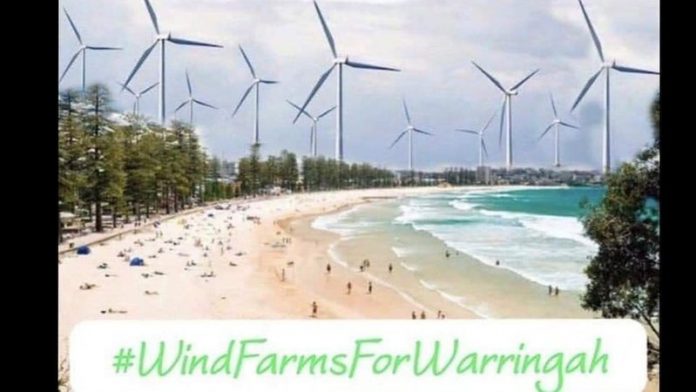 New MP Zali Steggall is a global-warming crusader, yet drives an SUV and hasn’t bothered to put solar panels on her roof.

But now that the independent has beaten Liberal Tony Abbott in his beachside Sydney seat of Warringah, she’s being begged to set a powerful example.

A change.org petition urges her to erect wind turbines along Warringah’s beaches, given that locals are apparently so hot on global warming that the GetUp!-backed Steggall won 57 per cent of their vote, after preferences.

“Zali Steggall and the people of Warringah need to show leadership on immediate climate change ACTION,” the petition says.

“The proposal: wind turbines are to be placed along the foreshore, taking advantage of the sea breezes. Let’s lead the way by example, for everyone who voted against climate action …

“Let’s do it for the children!”

What a brilliant opportunity for Steggall and her supporters! As one petition signer said, an ounce of example is worth a ton of advice.

No wonder hundreds of Australians rushed to support the petition within hours of it being posted, although — heavens! — their comments suggest that they suspect Steggall’s supporters are all cant and no climate action.