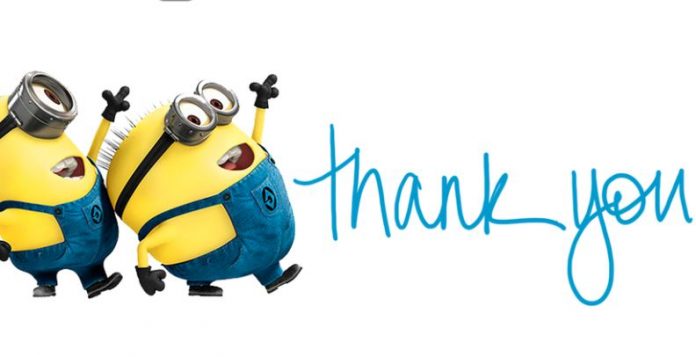 Well, we are finally getting ourselves settled in our new home with all the bells and whistles now working well. The Devil has done us all proud and I honestly think it was worth selling my soul for (it was probably a lost cause anyway!).

I just wanted to thank all of you for sticking with us, and welcome all the newcomers who are enjoying the new look Pickering Post.

I especially wanted to thank those of you who have already donated money to the upkeep of the site. I hadn’t wanted to solicit donations until we were ready to properly thank people, but it happened anyway and many of you have stepped up and helped us out.

That has actually been a lifesaver as there are all sorts of extra bolt-ons that we have needed to upgrade the site and which have allowed us to spend more time producing great articles.

We are continuing to seek out and to attract new talent and are particularly looking for writers who are able to focus on Australian current affairs. We understand that this is what the ‘Post is all about but since Larry passed, we have not been able to give this subject the attention it deserves.

Those kind souls among you who have donated thus far, have allowed us to step up our output greatly. However, we are not content with just standing still. We are determined that the Pickering Post should be a strong force in the clash of ideas going on right now.

The ideas of our opposition are, to put it bluntly – retarded. They want to fill our nation with religious zealots hell bent on our destruction and teach our primary school kids about the joys of “unusual” and sometimes dangerous forms of sexual orientation.

The only reason that they have been winning the argument, is that they controlled the discussion. They own the politicians, control the judiciary and have the teaching profession under their control.

But most importantly, they have controlled the mass media. Until now that is.

We at the Pickering Post have thoroughly enjoyed pooping on their party and we intend to step up the attacks.

Larry was determined to keep the Pickering Post as a free site if possible. He wanted to spread the truth to as many people as possible. We respect that vision, and like Larry, we are not in this for the money.

We want to keep the Pickering Post as a place where people can not only find great articles and information. They can also have their say. This is no “safe space” but if you have an opinion, we believe you should be able to share it.

You may be ridiculed for that opinion or made fun of, particularly if it is stupid, but that is the joy of this site. God help us if we had to go back to Facebook and submit to Mark Zuckerberg and his band of Joyless censors from the Anti-Defamation League.

So, if you want to see the Pickering Post going from strength to strength, and challenging the views of the mainstream presstitutes, then please consider a regular donation.

We know some of you don’t have much money and we don’t expect a lot. However, I think that the enjoyment we all get from the Pickering Post would warrant the price of “tea and a slice” once a week at the very least.

Given what we have managed so far on a shoestring, if just half of you made a small weekly contribution, we could really begin to challenge the legacy media.

As the recent election goes to show, more and more people are waking up to the lunacy of the Left and the Pickering Post has been at the forefront of that revolution.

With your help, we intend to keep up the fight. They can stand us up to the gates of Hell, but since the Devil is on our IT team, we won’t be backing down any time soon.

Making a donation is real easy. We take Credit Cards, Paypal or cartons of Peroni. The great thing is, that the Devil has now fixed up the site so that you will receive a rosette to go with your Avatar if you do donate. Also, if you haven’t yet managed to get a picture on your Avatar, the Devil will personally fix that up for you just as soon as you cough up a donation.

So, thanks again to all of our supporters and in the words of Bachman Turner Overdrive, “You ain’t seen nothin’ yet!”

Harry and the Team