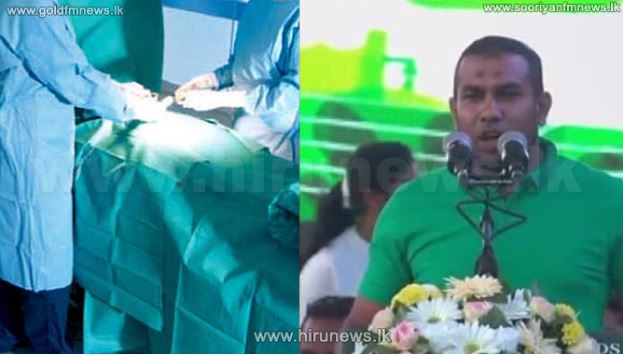 Maybe I sound like a bit of a nervous Nellie, but if I found out that my surgeon’s religion insisted that the literal words of God included sentences such as “Slay the Idolators wherever ye find them” I think I would look around for an alternative if possible.

Considerable numbers of Sri Lankan women were somewhat braver than me. In fact, no less than 8,000 of them went under the knife of Dr. Siyabdeen Mohammed Safi expecting a caesarean section.

What they didn’t expect was that he would perform “Ligation and Resection of Tubes (LRT) operation without their consent.”

Several Sri Lankan newspapers seem to be reporting on this story.
According to Hiru News:
“A national newspaper reported that he had sterilized 4000 women whilst performing caesarean sections on them. He performed these sterilizations over a period of 13 years in three separate hospitals.“

I am not sure if it is true, but I heard speculation that all of the victims were Hindu or Christian women.

I’m not sure how much time he would have had to scrub up between operations, but I guess he was just really quick from all the practice.

He originally came to the attention of the authorities after amassing a fortune quite suddenly. Police think it may have been the proceeds of Jihadist action.

In my book, I explained the obsession of Islam with outbreeding its rivals. Anything which will reduce the numbers of the opposition and/or increase the numbers of Muslims is considered virtuous by the more hardcore Muslims who follow the Islamic texts most closely.

Most of the Jihadists we have seen recently have concentrated on killing Infidels who were currently alive. If this is an act of Jihad, then it was a highly creative method which reduced the numbers of the infidel by a far greater number than 9/11.

Talk about a quiet achiever!

I guess that is one downside of diversity, but at least we do get some really nice foreign restaurants to offset it.

MICHELLE OBAMA AS PRESIDENT? BE AWARE – IT COULD HAPPEN.