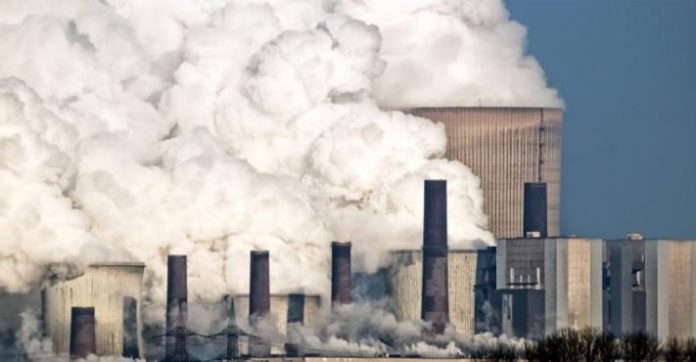 Is climate change real? Are humans really responsible? You bet they are. The climate has shifted dramatically in Queensland over the last couple of weeks – the political climate that is.

As for the actual temperature of the planet: I have no idea. I’m not a climate scientist, I don’t pretend to be. Some specialists in the field say the world is warming catastrophically.

Some specialists in the field say it isn’t. How the hell would I know. I do know that a few decades ago that they were saying that within a few decades there would be no more snow in Threadbo in the Australian Alps.

They said it was due to Anthropological Global warming (AGW). I know that currently, snow depths around Threadbo are between 85cm at the higher points and 40cm at the bottom. That is almost half a meter of snow at the worst spot.

According to Griffith associate professor Catherine (who doesn’t own The Richardson Post btw.), this is probably the last year for snow at Threadbo so make the most of it.

She is an expert in climate science (I guess since The Australian is quoting her) and I’m not.

I also know that there is a town on the South coast of England called Hastings with a pebble beach. My Grandmother moved there with my mother just after WW2 and bought a little shop. Mum used to walk along the pebble beach.

In 1739 the climate cooled so much that the Thames froze over so hard that they held a fair on it. At that time, Hastings still had a pebble beach.

Back in 1066 during the Medieval Warm period, when the Earth was apparently much warmer than it is now, those bastard Normans landed on the same pebble beach at Hastings and shot poor old King Harold in the eye.

The area where the battle took place is called “Battle”, you can look it up on Google Maps. Sea levels never rose or fell during those actual changes in climate.

At the time of the Norman invasion, I believe the Great Barrier Reef was still sitting off the coast of Queensland where Anastasia Paluchuck and Jackie Trad have been holding court for the last few years.

Inland from there, long, long ago, when the climate was far warmer, lush forests grew for millions of years.

The vegetation built up layer upon layer of organic material which would be steadily crushed under layers of sediment and would eventually form vast coal deposits.

Had these deposits been discovered a few years ago, Australians would have set to and dug them out of the ground.

Unfortunately, our elites have now strangled any kind of productive work with red tape, green tape and a tax code that would choke a sperm whale.

Australian miners have been so emasculated that we now need a company from India to dig it up for us.

Now I have nothing against India or Indians, but last time I was there, they were still using bamboo to scaffold out gigantic temple structures and the commonest form of cooking fuel was ox dung.

Having said that, many Indians were queueing up to take IT courses while Australian students were being persuaded to take degrees in “queer studies.”

After years of hard left control of our education system, Aussie kids are ill equipped to undertake anything as useful as digging up minerals.

Still, Adani Mining has been keen as mustard to dig up our coal deposits and pay us handsomely for the privilege. Indians are sick to death of curry that always seems to taste like the rear end of a brahmin bull. They have seen our lifestyle and they want in.

The Queensland Labor party has been having none of this. They are quite certain that the Earth’s climate is changing catastrophically and until recently, saw it as their duty to protect us from this disaster.

They believed passionately that they had a moral duty to ensure that Queensland coal stayed where it had been for millions of years. Failing in this duty would alter the climate and leave our children (the ones that weren’t aborted) at risk of an uncertain future.

They probably knew the impact this decision would have on millions of poverty-stricken Indians who dreamed of a better life working for Telstra or trying to sell me a roof full of cut price solar panels.

I’m damned sure they knew the impact it would have on ordinary deplorable Queenslanders whose livelihoods depend on extracting minerals from our soil, processing them and exchanging them for flat screen tellies and iphones.

Still they stood firm on their pristine and environmentally friendly, moral high ground. Their conviction was unshakeable, their moral compunction unstoppable.

But then, the climate changed – the political climate that is. A tsunami of blue washed across the State, sweeping away margins and leaving the political leadership afraid and unsure. Suddenly, a new economic threat reared up. This was unlike previous threats. This time, it threatened the economic future of the politicians themselves.

They faced the bleak prospect a life without their snouts in the public trough. It was just too much. Some sacrifices are beyond the pale. Palachook and Trad folded like a pack of cards. The black throated warbler was thrown under a bus and the red flock wallpaper was rolled out for those poor destitute Indians.

There is a lesson here for all of us. I keep saying this to anyone who will listen. Politicians are like weathervanes. They will point whichever way the political winds are blowing. If they don’t, they will be blown into obscurity.

If we want to effect change, we need to create the political winds. That is why I believe that The Richardson Post is so important.

For longer than anyone can remember, elites have held a monopoly on information. These elites have not had our best interests at heart. Some, maybe many, of them plan a future for us which is darker than most people can imagine.

For decades, they have been busy destroying the pillars on which our society stands. They have been able to do this because they have had a monopoly on Information. The control of information gives people enormous power to the detriment of others.

The information age has given us a chance to challenge this monopoly. Yet they are moving swiftly to monopolise the digital space.

Google (Don’t be Evil), Facebook, Youtube and Twitter are typical of the mega platforms that have outcompeted or bought up their rivals and now have a huge chunk of the online world.

There are very few independent outlets of any significance anywhere in the world. That is why The Richardson Post is so important as a place where people can come to hear alternative views.

We are truly independent. We have survived on a shoestring. We can continue to do so if needs be. Yet we are moving forward.

It may seem like we are moving slowly but we are taking careful steps and not leaving ourselves exposed. We want to be here for the long haul.

In the last week or so, we have been overwhelmed with the generosity of Richardson Posters who have dug deep and contributed to our upkeep and success. Every dollar counts at this stage.

We have received many donations, all of which are greatly appreciated. Each one puts us closer to our goal of becoming a serious contender as an information provider to mainstream Australians.

We have a way to go of course. We are painfully aware that Larry built the site concentrating on the day to day shenanigans of Australian politics. I am more focused on wider trends and movements.

This is important because it creates political winds which can move politicians 180 degrees in short order as we just saw with Queensland Labor’s backflip on climate.

At the same time, I am looking out for people who can cover the current political landscape more closely. I know you all love this stuff as we do. We will continue to look for the right people to bring you this stuff. Keep your fingers crossed for me.

In the meantime, we have a small army of deplorables working away in the comments section bringing you up to date commentary. This is every bit as entertaining as the feature articles.

On election night, I found the Richardson Post comments section the absolute best place to follow the action. You guys kept me up to date in real time.

That is where you all can help out. That is why I have (with some Satanic assistance) been working to clean up the comments section and make it less intimidating. The more quality people we have adding to that conversation, the better. I am always inspired to see new posters coming in to comment.

We are not about shutting people down for their opinions, providing we don’t think they will land us in legal strife. We do however, want a wide range of people from a wide range of backgrounds and beliefs.

Please spread our message far and wide, particularly to people of influence. Sharing articles on Facebook and other social media is especially helpful.

Let us know how we are doing and what you think needs fixing. Please have patience however, as our “to do” lists are starting to look like a phone directory.

We have come a long way already this year and hopefully can go from strength to strength.

Thanks once more to all of you who donated. If you haven’t yet, then threre is no time like the present. Brendan is trying to get all the ribbons fixed up.

He is good, but is not a miracle worker. These things all take time so feel free to let us know what needs doing, but try to temper this with some understanding of the scale of the tasks involved in running such a popular site.

For now, all the best from

Harry and the team.