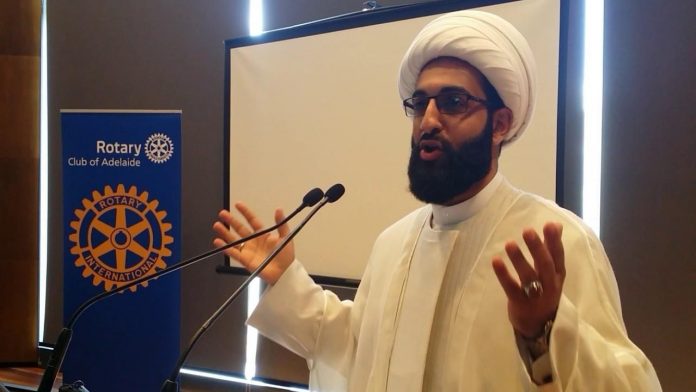 Sometimes when history is made, you could hardly miss it. Great armies sweep across continents raping and pillaging. Powerful navies blast each other by hostile shores. Tyrants inflict genocide and starvation on hapless populations.

Sometimes however, historic moments are so small and seemingly insignificant that hardly anyone notices.

Who was watching when an unknown monk named Martin Luther nailed his thesis to a church door, shaking the Holy Roman Empire to its very boots?

Who noticed when Pommie brainbox Alan Turing cracked the enigma code, changing the course of WW2 and inventing the computer at the same time?

How many people pricked up their ears when an electrical union adelegate called the boys off the job in a Gadansk shipyard, sparking a revolution which would bring down the gigantic Soviet superpower.

Probably not many, yet these events were every bit as earth changing as the most cataclysmic political or military campaigns.

One important takeaway from this, is that sometimes, seemingly all powerful political or religious structures are intrinsically unstable. They become corrupt and lose popular support, often without anyone really noticing. Then, all it takes is the right spark and the whole thing comes down like a house of cards.

As Richardson Posters are well aware, I believe Islam is supremely vulnerable right now. It stands ridiculous, like a naked emperor, supposedly wrapped in an aura of peaceful beneficence. All it will take is someone with sufficient credibility to laugh loud enough and the whole world will suddenly come to its collective senses.

Long ago, I thought that the catalyst might be a debate on prime-time television. I believed the stoush might be between a non-Muslim Islamic expert (or experts) and respected Islamic scholars.

There is no way that Islam as it stands, can be defended. Any such debate could only end in humiliating defeat for the defenders of Islam as it currently stands.

Recently however, an unexpected contender has stepped forward. Not from the infidels, but from the ranks of Islam itself. That contender is a Shi’ite Imam from South Australia called Imam Tawhidi.

I have to say that at first I was somewhat sceptical of Imam Tawhidi. I have heard Islamic leaders claim to be on “our” side before. Usually, this is followed by a lecture in cultural sensitivity and the need to stop profiling known terror operatives.

Tawhidi strikes me as different. I am very familiar with the Islamic playbook and Tawhidi isn’t reading from it.

I don’t believe that a Muslim who was trying to deceive, would openly warn non-Muslims of the tactic of Taqiyya (Islamic religiously sanctioned deception). Tawhidi exposes the Islamic doctrines of violence against the unbeliever and is demanding that his community fesses up.

I have never backed an Islamic “moderate” or reformer before. I am prepared to stick my neck out this time however as I think this man is the real deal.

That would make him an exceptionally brave and honest man. It would also make him an incredibly important ally in the fight against the Islam we have today.

Tawhidi is in a unique position. As a senior Iranian Muslim, it would be somewhat awkward to accuse him of Islamophobia or racism. Neither could he be accused of ignorance or that old chestnut of “taking it all out of context.”

Incredibly, Tawhidi has issued a challenge to any Islamic scholar to publicly debate him on the Islamic scriptures and their link to violence.

In my opinion, this debate should be held live on TV. The channel which should be hosting this event is the Australian Broadcasting Commission

Aunty is sucking over a billion dollars a year from the public purse. Its mandate is supposed to be, to serve the needs of the Australian people.

Well right now the Australian people need a debate on Islam and this is the perfect opportunity. We finally have an Islamic Imam with impeccable credentials who is prepared to take the side which is critical of Islam.

A couple of years ago, they were so keen to air “different points of view” on the subject that they had a bloke on Q&A who had been charged with preparing for a terrorist attack. Their excuse was that it was important to encourage free speech.

Well now it is time to put both sides of the argument to the test so that the Australian public can decide once and for all whether Islam is “just another peaceful religion.” Then we can see the real power of free speech and how 18C has been blinding us to reality.

The “I love Islam” side could easily be located. There are plenty of Australian Muslims espousing the most radical and fundamentalist forms of Islam. They could probably find at least a couple without going further than their own news and current affairs department.

The hardest part for the ABC management would be making sure that the Muslims claiming that Islam is a religion of peace don’t behead Imam Tawhidi before he can spill the beans.

If no Muslim scholar is prepared to debate Tawhidi, he should be given three or four half hour slots on prime time TV and radio to present his point of view to the Australian public.

The mandarins at the ABC are clearly aware of the danger they are in. Imam Tawhidi has the potential to expose them for the grubby, lying, anti Australian shysters they really are. That is why they are so terrified of him.

I assume that is why they produced and broadcast a hit piece on Tawhidi on Radio National. The piece was so professional, it would have brought tears to Joseph Goebbels eyes.

All the claims they made in the piece about Tawhidi are spurious. The Imam was a devout Muslim and held the same views as all devout Muslims. Like all Shi’ites he was hostile to Sunnis just as all Sunnis are hostile to Shi’ites.

The game they are playing is quite transparent. They deny that the teachings of Islam belong to Islam. They pretend that these teachings are some “extreme” interpretation.

Then when a Muslim rejects Islam, they claim that person was previously an extremist. Meanwhile, they cover up for practising Muslims who naturally embrace these supposedly “extreme” interpretations.

Today, the Imam says he has rejected these beliefs and wants a debate to discredit them. The ABC will of course refuse to host such an event. The excuse they will give is that Tawhidi is a former “extremist” who is stirring up violence between Sunnis and Shi’ites. That is exactly what they accused him of on the ABC's Radio National program.

Meanwhile, Aunty continues to give platforms to Muslims who have never rejected mainstream violent Islamic views.

I will be writing to the Communications Minister Mitch Fifield and demanding that the ABC host this debate.  I will also be writing to members of the ABC board and asking for exactly the same thing.

It is about time that these overpaid, pompous bureaucrats stopped attacking traditional Australians with their precious “diversity” and took a hard look at what that word actually means.

Come on Aussie, get your Biro out and have a go!