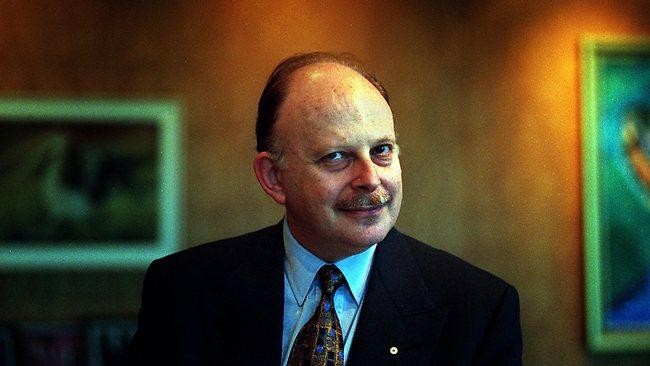 Well, the big guns are lining up to take a shot at our hideous Constitution. This awful document has been protecting the rights of all Australians since Federation. In fact, it has done a better job of protecting us than almost any other Constitution ever written. 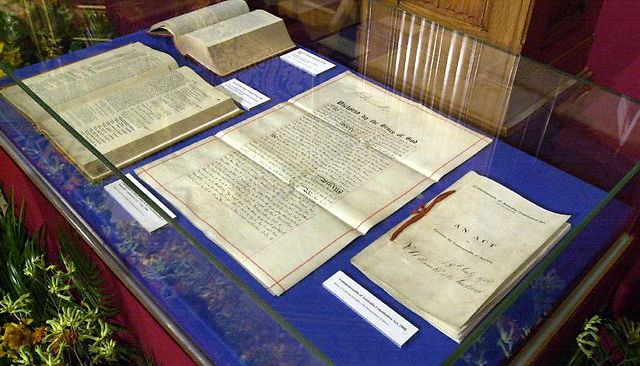 Clearly it needs to be tampered with and who better to do the tampering than a bunch of tree hugging propeller heads who probably couldn’t even spell the word “Constitution".

The biggest “gun” of all is the Indigenous Referendum Council Chair, Mark Leibler. Mr Leibler now believes that he can bypass One Nation to push this legislation through the Senate.

All the other parties and independents are apparently itching to chuck our Constitution under a bus. One Nation is still clinging to the outdated notion of “equality” and “rights”

This quaint idea of rights is just so “last century.” It should have been completely eradicated and replaced with the far superior concept of “human rights.”

The wonderful thing about these “human rights” is that they don’t apply to traditional Australians. That is why it is imperative that we shred the Constitution and update it to reflect the new 21st Century paradigm.

Mr Leibler has astutely identified that Aboriginal people have been “completely wiped from the constitution.” It is fortunate we have lawyers of Mr Leibler’s calibre to interpret this document.

Otherwise, laymen like me might think that the Constitution gives Aborigines exactly the same rights and protections as everyone else, regardless of their skin colour or genetic heritage.

Once these new “human rights” are enshrined in our new “you beaut” Constitution, lawyers like Mr Liebler will be able to negotiate treaties and compensation for a very reasonable five or six hundred bucks an hour.

Of course, since we are around $500 billion in the hole, we don’t have any money to pay these lawyers' fees, let alone the hefty compensation bill they will be demanding.

Fortunately, I expect Mr Leibler’s friends at National Australia Bank will be happy to print up some more cash to lend us so that we can discharge our obligations (and pay the lawyers too).

The only thing standing in the way of this financial bonanza, are a bunch of right wing Liberal Senators (in case you aren’t with the program yet, right wingers are the bad guys…boooo hiss).

Mr Leibler is hoping to persuade Tony Abbott to use his influence with these "bad Senators" who don’t appear to be ashamed of their skin colour or heritage.

I’m sure Mr Leibler won’t be resting until these evil Senators are brought into line and our Constitution is stripped of its vile institutional racism and equality.

So, who is this wonderful Mr Leibler? This champion of the poor, equality burdened Aborigines. This bane of evil Right Wing Constitutionalists.

Mr Leibler ekes out a living as a tax lawyer. I don’t think he has ever worked for H and R Block however. Mr Leibler interprets tax law for the big end of town. If your bottom line isn’t measured in billions, you probably aren’t one of his clients.

Why do these multinational conglomerates need tax lawyers? Well, they want to ensure that they comply with the letter of the tax code, whilst not, er, “overpaying.” They also need a tax lawyer to help them to boost the economy. The economy of the Cayman Islands that is.

And which community needs those tax dollars more than any other? Well I don’t have any figures, but if you ignore the Lebanese, the Sudanese, the Somalis, the Afghans, the Syrians, the Iraqis and the Iranians, then it is probably the Aboriginal community.

Of course, having such a big heart (as most corporate tax lawyers seem to be burdened with) Mr Leibler is also a great friend of the aforementioned Muslim refugees (or country shoppers, to use the correct legal term). In fact, Mr Leibler is a friend to all refugees from all parts of the world.

When I say “all” refugees, I don’t of course, mean “all refugees.” He is implacably opposed to the resettlement of Palestinian refugees in Israel. That is where Mr Leibler’s “human rights” come to a screeching halt.

Zionism is the belief in a nationalistic ethno-religious Jewish state in Israel. I personally have no problem with this stance. I sympathise with those Arabs who were displaced 70 years ago. However, I don’t believe that redrawing borders and handing out compensation to people on the basis of what (in most cases) happened to their parents or grandparents.

I particularly understand that the Muslims have an agenda with relation to Israel. That agenda has nothing to do with a two-state solution and everything to do with “wiping Israel off the map.”

It is a well-documented and rather obvious fact, that such nations are the most secure and peaceful kind of societies. Australia was a standout example of this fact, in the days before it was hoodwinked into the doctrine of multiculturalism.

The agenda of people like Mr Leibler may be couched in fancy sounding terms like tolerance, diversity or multiculturalism. When you drill down however, these policies are simply a thinly veiled attack on the traditional, Christian, English speaking people who built this nation and still constitute a majority of its inhabitants.

What leading members of the Jewish community hope to achieve by this is a mystery to me. Prioritising the rights of Aboriginal people in the Constitution and then transferring large sums of money to them (which will undoubtedly be the next step) will do nothing to help Aborigines with their most pressing problems.

These include unemployment, alcoholism, drug abuse, child neglect, child abuse, domestic violence, interethnic violence, sexual abuse, gambling, and low school attendance to name but a few. If anyone thinks that giving Aboriginal people more money will reduce any of those problems then they are a naïve fool. Mr Leibler doesn’t strike me as a naïve fool.

Many Australians are now starting to suspect that these actions by leading Jewish figures are a direct attack on the traditional Australian people. 18C was another issue which was introduced largely with Jewish backing. The Jewish lobby also fought ferociously to ensure that the Liberals have never been able to repeal this legislation.

In effect, Jewish organisations have been at the forefront of a movement to deny Australians the right to free speech. A right which our forefathers fought and died for.

This is not something that sits well with traditional Australians. Not surpisingly, anti-Semitism is on the rise because sadly, people will tend to blame all Jews.

Jewish friends tell me that Mark Leibler is not elected and not representative of the whole Jewish community. However, Australians need to hear from the Jewish community condemning this behaviour. So far there has been an almost universal silence.

One exception has been Avi Yemini. He has been active in condemning Islamic immigration and that is to be applauded. However, many will see that as simply looking after Jewish self-interest. Australians need to see more.

That is not good for any of us. The Jewish community is extraordinarily productive in a wide variety of fields. They create wealth and value which enriches all Australians and not just economically.

For Jews to attack the power of the traditional people of the Anglosphere seems stupid in the extreme. Jews have never been treated as well by any other group of people. The UK had a Jewish Prime Minister when Jews were facing Pogroms in Russian and dhimmitude in the Islamic world.

Jews flocked to the USA, the UK, Australia and Canada to escape persecution in the rest of the World. Jews have never been persecuted in the English-speaking world since they arrived in the time of Cromwell. They have thrived here like nowhere else.

The countries of the English-speaking world have also been among the staunchest supporters of Israel’s right to exist. So why try to disempower traditional Aussies in their own country? Why try to vandalise our constitution to disenfranchise traditional Australians on racial grounds? 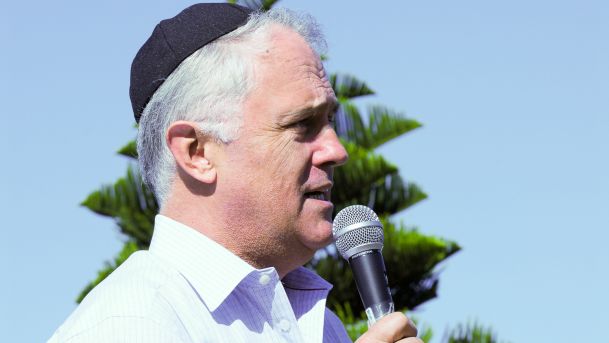 If the Jewish community don’t start speaking out soon then the situation will go downhill rapidly. Anti-Semitism is guaranteed to rise. This will be driven in part from the “new Australians” that Jewish leaders seem so keen to import. It will also be driven by resentment of traditional Australians who will increasingly view Jews as hostile to their very existence.

It is a lose-lose for both Jewish and non-Jewish Australians and people as intelligent as Mark Leibler should know better.