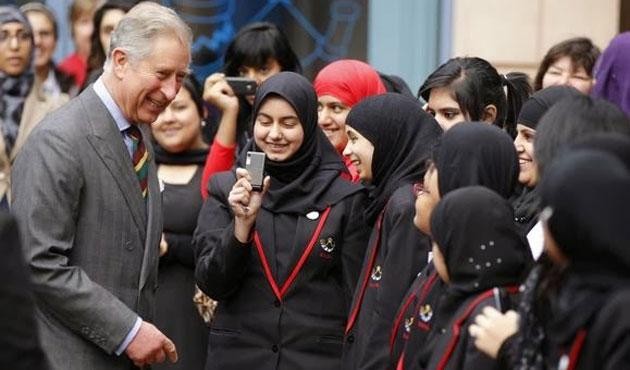 Well, here I am, just back from England, sitting up at midnight unable to sleep and thinking over the events of the last three weeks.

What is it actually like in England these days? People over here often ask me that. Is it really that bad? Are there gangs on the streets? Are the inner cities on fire?

Well, if you are not paying attention it isn’t really bad at all. It still isn’t as multi ethnic as you might think.

Outside of certain areas most people are still white, though a proportion of the whites are not indigenous English. It is hard to judge, but it still feels like it is probably more ethnically white than Australia.

I have been back every couple of years since 2009. Each time there are more non-whites around but in the suburbs, it still isn’t that many.

Most people are going about their business. Most are surviving reasonably well. Some are surviving very well. Crime is lower than for many years according to Government figures. People seem to have decent cars.  Holidays are cheap, prices are generally low and the labour market is tightening.

Brexit hasn’t happened yet but it probably won’t be that bad for the economy in the short term. Most people have shrugged their shoulders and are getting on with it.

People live indoors more of course. They view the world through the “telly.” There are some horror stories if you look. Many don’t want to look of course, and who can blame them. My older sister watches a channel which seems to play episodes of “Yes Minister” and “Last of the Summer Wine” over and over.

It is as if she is still stuck in a time warp in 1984. It feels in some ways, uncomfortably like 1984 to me too. Not the carefree days of my misspent youth, but the suffocatingly prophetic, if slightly premature novel which was vomited out of George Orwell’s twisted nightmare.

Things started badly. I made it through the stopover at Abu Dhabi without a hitch. The people in the airport were friendly enough. They have their own culture and clothing, and that’s part of the joy of travelling.

Queuing up to get into England is a bit different however. Theoretically of course, I’m a foreigner here. Still, the thought of a woman in a Hijab scrutinising my passport and glancing accusingly at me while she decides whether to let me in or not seems wrong somehow.

Call me a racist but I decided to take the other lane. That wasn’t much fun either as it turned out. The officer and his female assistant were both Mancunian (natives of Manchester) but deeply suspicious.

It was just me and my daughter. She is ten years old, half Asian and very pretty. It is outside of school holidays I know, but Nana didn’t take that into account when she had her fall.

“Yes of course she is my daughter.” We both have Australian passports and the same surname. Why would he think otherwise?

Luckily, I know what school she is in, what year she is in, who her teacher is and the answers to about fifty other questions which unexpectedly come my way.

Then it dawned on me. He thinks I could be trafficking her. “Next time bring a birth certificate or some other documentation,” he advises me without smiling as he hands the passports back.

“Things have changed” I quip grumpily as we walk away. “I’m afraid they have love,” says his offsider sounding apologetic and somewhat wistful.

My sister picks us up in a Merc. Her area is posh. It is a long way from the council estate where we grew up. They are a great family.

Her husband is a mechanic with a flair for business, a cracking sense of humour and a total lack of airs and graces. He loves his football and rubs shoulders effortlessly with the Man United players who frequent the local café in the local trendy supermarket.

He calls a spade a spade when he can. It doesn’t seem to help mind you, when everyone seems intent on digging their own graves with them. The area is still mostly English. There are a few Islamic headscarves around. There are more each time I come but still not many. Not unless you take a time machine and go down to the local junior school.

That’s when you realise. Most English you see are old and grey. Most Muslims have young families. In thirty years, things will look very different here. 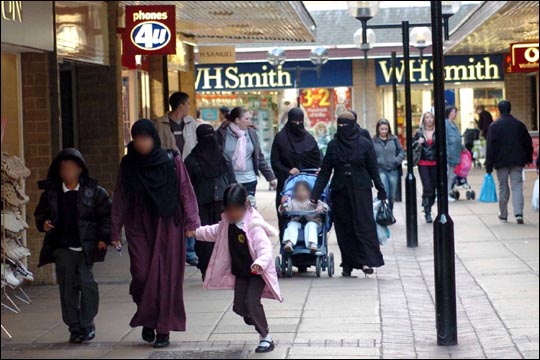 I’m heading to London. Before I set off, a Muslim convert drives his car along a packed pavement killing and maiming men, women and a party of French school children.

According to the press, he is “Asian,” even though he is clearly of African heritage. He jumps out and stabs a policeman to death. Unusual? Not really.

A couple of days before this happened, a plot was uncovered in which Muslims were using laptop bombs to blow up planes. The authorities say they may ban Laptops. Are they crazy? Why don’t they just ban aeroplanes?

“We won’t be intimidated,” declared Theresa May stoically behind a thick security wall. “This was a lone wolf attack,” she assured us as the police arrested 11 suspected accomplices. “He was inspired by International Terrorism” she explained confidently before the blood was even washed from the pavement.

I’m not sure how she came to this conclusion because the police shot the Mohammedan dead around 90 seconds after he came to their attention.

I visited the bridge a few days after the attack. I was determined to leave a Union Jack on one of the pillars. There was a rally on the bridge. It was a group who wanted to stay in Europe. They were proudly waving EU flags.

If Turkey joins the EU, they could drive to the Iraqi and Syrian border without a passport. That dream is now in tatters. I shake my head in disbelief.

Am I still an optimist? You bet I am, but I am also a realist. Things will get a lot worse before they get better. How much worse will depend on how long people leave their heads up their behinds. The UK is in a bind, but they have been in sticky situations before.

Australia is in much better shape. People are much better informed over here. I would like to think that we have been instrumental in that. Me, you, Larry and all the other readers and contributors to the Richardson Post.

The poor old Poms are way behind. I spoke with a family of British National Party members. They had no idea of the story of Mohammed. They do now of course, after I left them with copies of my book. Everywhere I went, ordinary people, deplorables, were crying out for knowledge. They want to know what is happening to their country.

It feels like a pressure cooker. Things are changing and I think there will be movement. Unfortunately, there is considerable resistance and realistically, things may well turn ugly.

That is why Australia is so important. This is a global fight and once we win in one part of the world, we will inspire people everywhere. Once we have politicians who are prepared to call out this ideology, things will change in a hurry.

The petition I have submitted to the Parliament is an important part of this fight. The petition calls on the Government to revoke the classification that Islam enjoys as a religion. If we get enough signatures, they will be forced to take this idea seriously.

Unfortunately, so far, many people are not bothering. At time of writing, there are less than 5,000 signatures on it. We need many more and the closing date is 19th of April. If you haven’t signed the petition yet, then please sign it now. If you have signed it then please think about asking someone else to sign it too.

This is not just another petition on Change.org or Avaaz. This petition is on the Australian Government website. When it is finished, it will be read out to the Australian Parliament. How much notice they take depends on how many signatures it has. If you haven’t got a spare minute to sign this petition, then please don’t complain about the relentless influx of people whose ideology considers democracy to be an abomination.

If you have already tried to sign the petition and had difficulties, then please try again. If you still have trouble, please email the House of Representatives Petitions Committee telling them of your problems. Their email address is:

Please also CC me in on the email. My address is:

This will allow me to confront the petitions committee with evidence of malfeasance against the Parliamentary System.

I know how many readers there are on the Richardson Post and I know how strongly you all feel about this issue.