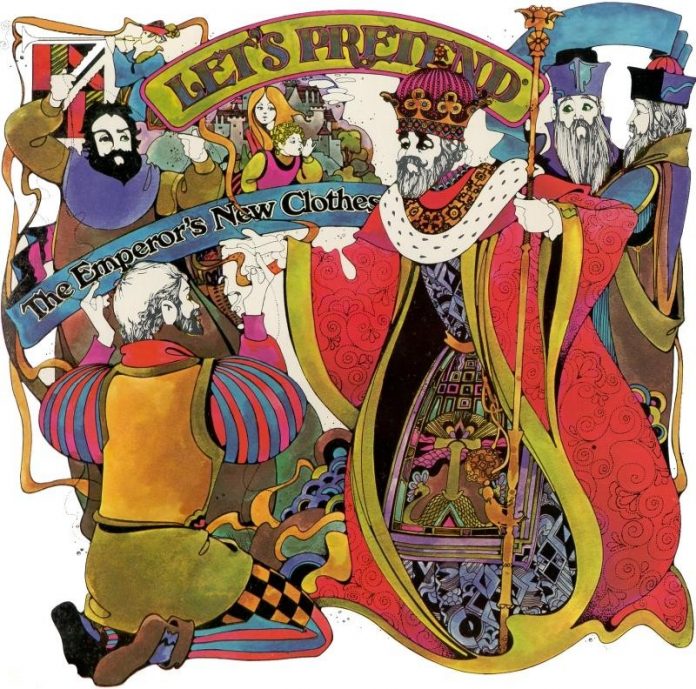 Once upon a time, two crafty tailors convinced the Emperor that they could make him a set of magic clothes. They told all the people that these robes would be so magic that only smart people could see them. Everyone went along with the deception because no one wanted to admit that they were too stupid to see the wonderful clothes.

It all ended badly of course, when one small boy called out “look at that bloke, he's completely starkers!” and everyone started laughing at the stupid Emperor.

This charming tale has been so popular through the years because it describes perfectly the kind of confidence trick that people fall for time and again. What is also instructive about this tale is the speed with which the deception finally unravelled. Once people cottoned on, the whole thing fell apart in an instant.

In the 1930s, Adolf Hitler and his henchmen convinced the German people that a combination of radical Nationalistic aggression, extreme socialist economics and a program of Jewish genocide would solve all of their problems.

There were a number of reasons the German people believed in Hitler. World War I, hyperinflation and a depression left people vulnerable to promises of glory. The deciding factor however was that anyone who didn’t go along with it was likely to be thrown in the gas ovens along with the unfortunate Jews.

Given this choice, people naturally acquiesced. Since everyone else was onside too, it became necessary to believe it passionately. Doubts were soon cast aside. After all, “there’s a war on don’t you know.” The cult of Adolf Hitler became embedded in every aspect of German existence. 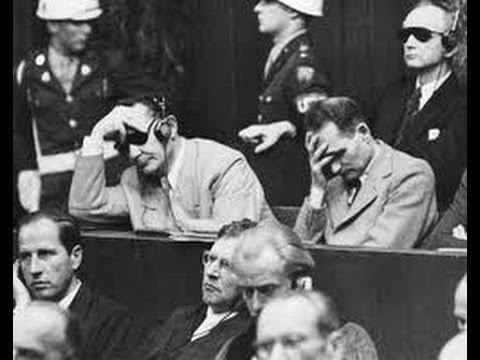 After the War, the Allies made a very smart decision. They put the Nazi leaders on trial in the most public way possible. They held the German people’s feet to the fire and made them look at the reality of what they had done. To this day, the idea of Nazism has never had any popular support in Germany.

Japan was an even stronger example of a leadership cult. The Japanese Emperor Hirohito was believed by the Japanese people to be a God on earth. This belief had persisted for generations. 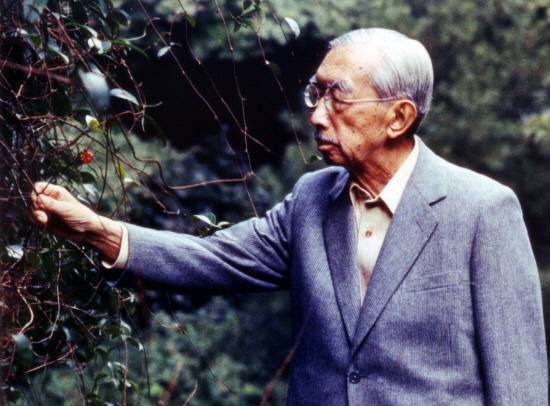 Hitler and Hirohito were rank amateurs however, when compared to a desert tribesman called Mohammed ibn Abdullah (remember that name, it’s important).

He lived 1400 years ago, in the Arabian town of Mecca. Mohammed told his fellow tribesmen that he was receiving messages directly from God. Not from just any God mind you. This was the one and only true God. 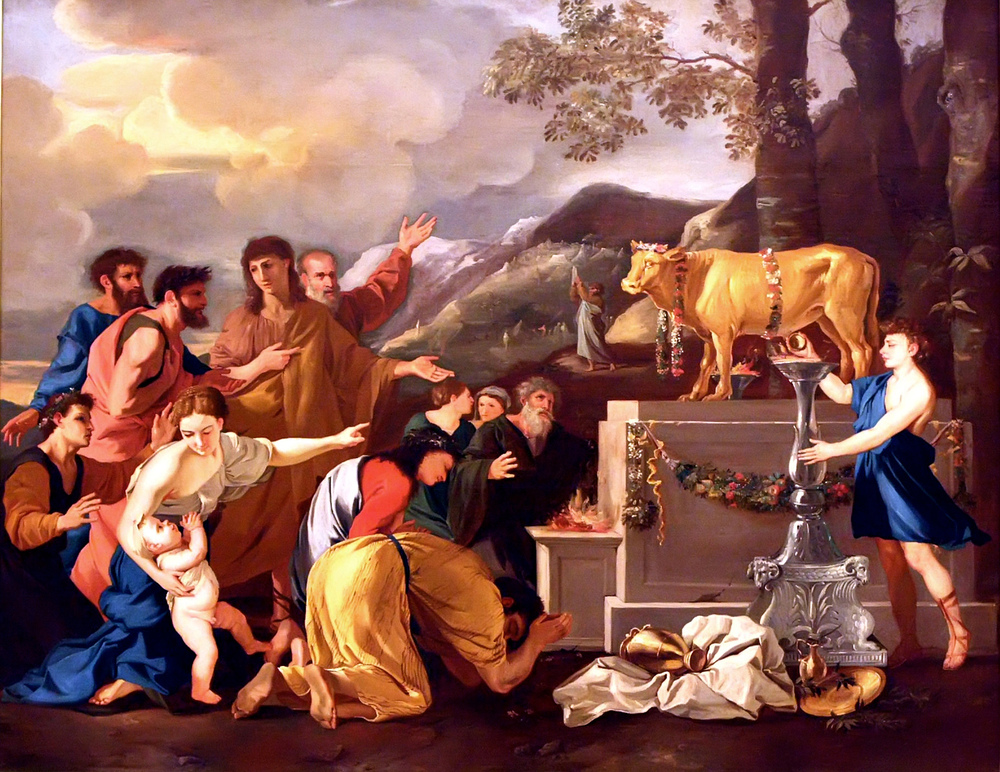 The people of Mecca worshipped many pagan gods at that time. They had hundreds of Idols in the Kaaba which they worshipped, along with their ancestors. Some people also believe that they worshipped the Moon God and called him Allah, though Muslims deny this vehemently. 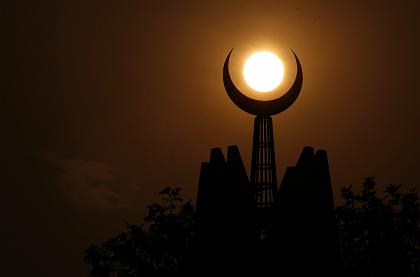 This period of time before Mohammed’s revelations is referred to by Muslims as Jahiliyyah or “the time of ignorance.” Muslims believe that the Arabs had no knowledge of Allah at that time (remember this, it is important).

Mohammed’s revelations would later be written down in the Koran. Muslims believe the Koran to be the verbatim word of God which is eternal and perfect in every way (remember this, it is also very important).

Many of Mohammed’s contemporaries were sceptical of his claims to say the least. No-one knew where the Sun went to in those days of course, so they asked Mohammed.

This put him in a bit of a bind. Of course, Mohammed had no more clue than anyone else where the Sun went to. He could have been honest of course, and told people that he just didn’t know. Unfortunately, they would then have known that he wasn’t really a prophet at all.

Instead, he invented the following revelation from Allah, which is recorded for posterity in the Koran chapter 18 verses 83-86 (as well as other parts of sacred Islamic doctrine):

So he followed a way. Until, when he reached the setting place of the sun, he found it setting in a spring of black muddy (or hot) water. 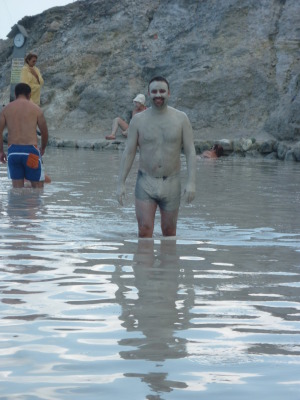 So there we have it. To be a Muslim we have to accept that the Koran is perfect. The Koran tells us that the Sun sets in a muddy pool. From this, we can further deduce that the world is completely flat. Most Muslims are unaware of this stupidity of course.

There was the incident in 1993 when the supreme religious leader of the University of Medina (one of the two holiest cities in Islam) published a book declaring that, “The earth is flat, and anyone who disputes this claim is an atheist who deserves to be punished.”

However, the Sheik’s friends had a quiet word with him and the publication was withdrawn. Most Muslims therefore, remain blissfully unaware that their perfect holy book, the basis of their belief system; insists that the world is flat and that the Sun sets in a muddy pool.

They are also unaware that this fake, flat earth God was worshipped in pagan Arabia, long before Mohammed was even born. Do you remember the Prophet’s full name, Mohammed ibn Abdullah? Any Arab can tell you that the word “ibn” means “son of” and the word “Abdullah” means “slave of Allah.”

We know therefore, that Mohammed’s father was named “slave of Allah.” This then presents us with the sixty-four-million-dollar question. Why would Mohammed’s Grandparents name their son “slave of Allah” if they weren’t already worshipping Allah during this “time of ignorance?”

Of course, not many people have been game to mention these inconvenient truths from that day to this. What Mohammed’s religion lacked in credibility it made up for with the most successful and brutal form of violent conquest ever devised: Jihad. 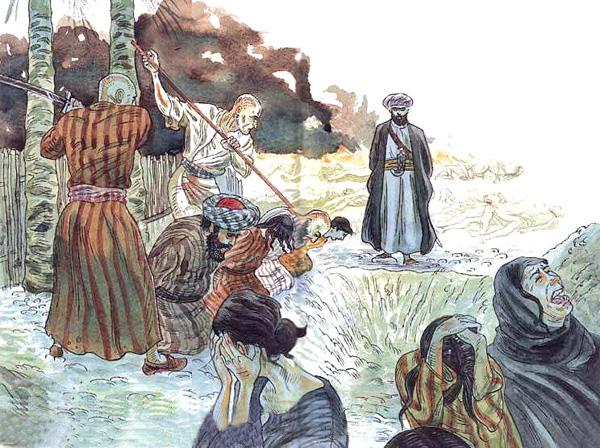 Mohammed’s followers have always been prepared to murder their critics. Whether by the sword, or running them over in a rented vehicle. Jihad has been so powerful and so relentless that it has overcome every weapon ever invented.

In 673 for instance, the Greeks held back the Islamic fleet with a chemical weapon called “Greek Fire.” It was probably based on naphtha and quicklime (though no one knows the actual recipe which was a closely guarded secret). They sprayed it at the ships of the Islamic invaders and it ignited on contact with the water. The effect on the wooden ships was devastating. Eventually however, after 700 years of jihad, it overcame them and Constantinople fell.

Later, the European knights, with their superior tactics and armour pushed the Muslims right back to Jerusalem. Finally, however, after 200 years Jihad triumphed. 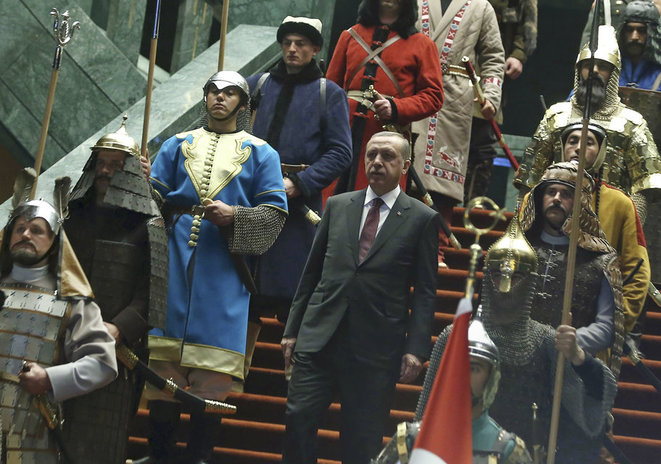 The First World War introduced the Machine gun and the industrialisation of warfare. The Ottoman Caliphate fell, but after a few decades, Jihad returned.

In Iraq, the Americans had the most incredible smart bombs, laser guided weapons and goodness knows what else. They were no match for Jihad of course. The Americans lost in less than 15 years.

The one weapon that Jihad cannot prevail against however is the truth. When I wrote my book, I knew the knowledge it contained was the weapon which would destroy Jihad.

Once everyone realises that Allah is a fake, flat earth Moon God and that Mohammed was a fake, flat Earth prophet, no Muslim will want to die for them any longer, just as no one wanted to die for Hitler or Hirohito in 1946. 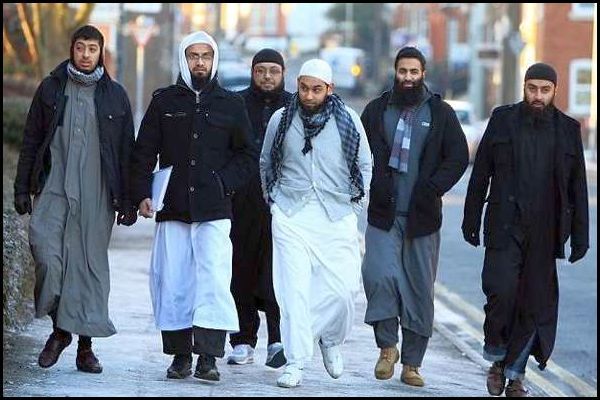 The UK's Muslim population has doubled in ten years

When that happens, most of the wars and armed conflicts in the world will cease and we will be closer to the goal of world peace than we have ever been.

Does that mean we can sit back, crack a beer and wait for the Islamic train wreck? Absolutely not. I made the bold prediction that Islam will be finished within ten years.

I put my head on that particular chopping block for a reason. This prediction is what is known as a “self-fulfilling prophecy.” When everyone believes it, it will come true.

We all need to scream it from the roof tops. "Islam is finished!" Tell your friends, tell your neighbours, share it on facebook, email it to your friends. Islam cannot survive the truth. Remember however, that truth can only prevail if we have the courage to tell it.

You will raise some eyebrows. You may even lose some friends as I have. Remember though, if someone doesn’t want to be your friend because you told an important truth, then they weren’t much of a friend in the first place.

So what are you waiting for? Find this article on Larry’s facebook page (there is an icon at the top of this page) and share it with all of your facebook friends. Sometime in the near future, everyone in the world will realise that this fake, flat earth Moon God is as naked as the day he was invented. 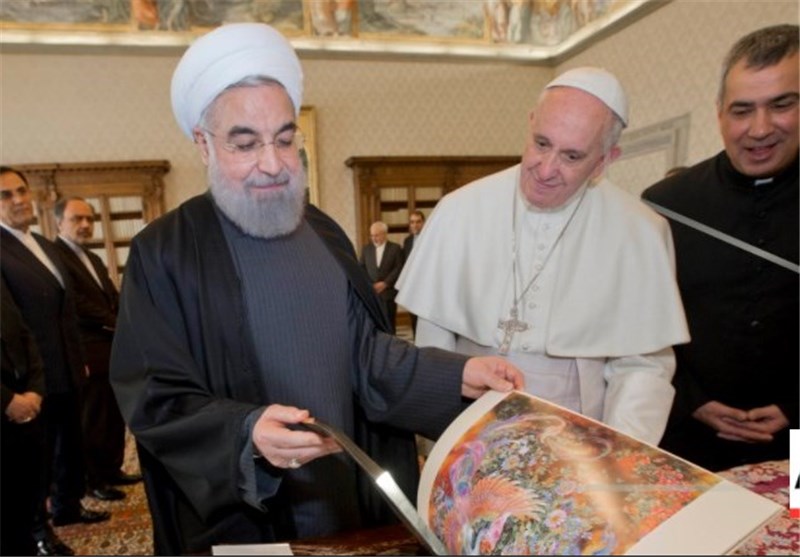 "How many virgins will you be needing Frank?"

Then you can crack open that beer and watch the Muslims begin their journey back to the civilised world after 14 centuries of misery.

Cheers everyone and here’s to World peace.