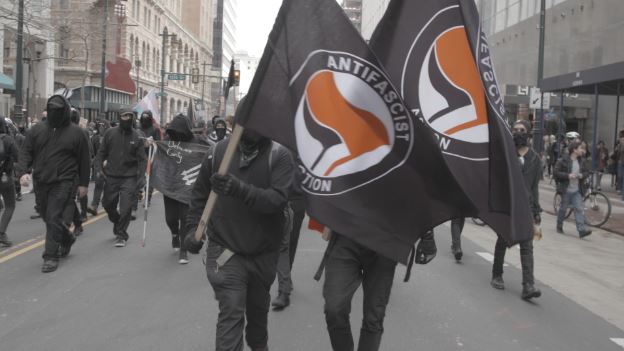 It’s definitely worth knowing what is going on in the heads of Antifa thugs. This video is long but worth watching.

My take away from this interview is that Antifa is not being controlled directly by powerful interests. Violent Antifa thugs are the product of an educational system which has been deliberately subverted.

We have now reached a point where young people have no understanding of concepts such as free speech or the rule of law. It is these bedrock principles which made the West such an awesome place to live.

Instead, they have been fed a steady diet of anti-White racism which has left them believing that the only way to fix societies “problems” is to flood the place with non-Whites.

Antifa believe that anyone opposing this view is “literally Hitler” and should be violently attacked. To do so is noble.

We desperately need an overhaul of our entire education system by people who do not wish to see our destruction.

That would make a nice change.