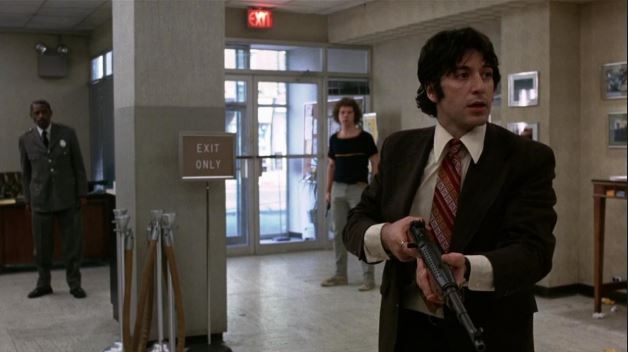 IF YOU HAVE BANK, YOU CAN ROB AN ENTIRE NATION

This was posted previously on The Richardson Post. However during our transition period, it was one of the articles which disappeared. Since it is relatively timeless, I decided to put it up again for new readers to enjoy.

The Road to Rothschild’s

“Would you mind dropping me into Manchester please Harry?”

“Sure thing boss,” I replied enthusiastically.” I liked the old man and enjoyed chatting with him. Most importantly however, it was a rare chance to drive him around in his car.

Since his car was a brand-new Bentley Mulsanne Turbo, I would have taken the job even if I wasn’t being paid to.

The year was 1985 and I was working in Manchester as a motorcycle courier and driver for a small but very successful finance company.

At that time, the whole of the North of England was still in a prolonged and severe recession. Unemployment was sky high and there was decay and desperation all around.

I hadn’t yet caught a break in engineering and had jumped at this job when it came along.

“Where are we off too boss?” I asked.
“Rothschild’s Bank Harry,” came the reply. I had no idea where Rothschild’s was but fortunately, the old man was able to give directions.

In his younger days, he had worked as a courier in Manchester himself, though at that time, the job consisted of running to an office in town and then running to where the parcel was going.

I think that was why he had a soft spot for me and often opened up.

Once we got into the city, we parked up the car and walked a few blocks to Rothschilds. The outside of the building was entirely unremarkable. Like many of the buildings around, it was a sandstone construction which looked sort of Victorian.

Like most of the other buildings, it hadn’t been cleaned up yet and was rather grubby from the smog which a couple of decades previously had been a common feature in the city.

From memory, there was a small brass plaque outside with the name “Rothschild Bank” on in but you wouldn’t notice it unless you walked up the few steps and were looking fairly closely.

When the door was opened, and we went inside however, I nearly fell over. I just remember a gigantic entrance hall with the most incredible staircase heading off out of view.

There was marble, oak panelling and leather all around which gave the place the most incredible feeling of opulence I had ever experienced.

“You’ll have to wait here while I have my meeting,” said the boss, directing me to a sofa that was probably worth rather more than our family’s car.

I sat there with my eyes like saucers thinking that if someone told me that I had just been teleported to Buckingham Palace that I should probably believe them.

When the boss came back, we walked back and got in the car and headed back towards the office.

“Do you know how old man Rothschild made his money?” he asked me as we cruised home.

“Er, didn’t he have five sons and set up banks in different capitals of Europe so that people could transfer money with just credit notes rather than carrying large amounts of gold around?”

Rothschild’s had a wealth management arm which had just started advertising on the telly, so I was simply regurgitating what the advert said.

“No,” said the old man, “before that; how did he make his big money to fund those banks?”

“No idea,” I said truthfully, though I had a feeling I was about to find out.

“Old man Rothschild had a carrier pigeon business,” he told me.

“OK,” I said, trying unsuccessfully to imagine someone from that bank mucking out a pigeon loft.

“In that day,” he continued, “information could only get around at the speed of a fast horse and rider. Crossing the Channel had to be done by boat. By having carrier pigeons, old man Rothschild could get information around much quicker.”

“Right?” I said somewhat sceptically. Having been in the courier business myself, I was somewhat intrigued as to how a fast delivery service might net me a squillion dollars?

“Well, along came the Battle of Waterloo,” said the Boss, who was warming to his story. “Everyone in England was on tenterhooks. If Napoleon won, they figured he would be across the Channel and raping and pillaging up the length and breadth of England.

The day after the battle, old man Rothschild walks into the Stock Exchange in London. He was a regular trader there, and he had a face like thunder. As soon as the bell rang, he began selling stocks right left and centre.

Everyone in the exchange panicked. They had all been waiting to see what Rothschild would do because they all knew that he had the pigeon service. Everyone began desperately selling their shares.

Unbeknown to them, the only people buying the shares were agents of Rothschild who were picking them up for pennies on the pound. It was the greatest stockmarket coup in history.”

The boss seemed to have a real admiration for such a crafty manoeuvre, but I couldn’t help but feel for the people who, through no fault of their own, lost their shirts that day and the misery that might have befallen them as a consequence.

It was a lesson that I have remembered to this day. Information is power, especially when you have it, but others don’t. Control of information is the secret of wealth, and especially power.

The carrier pigeon business may well have been a loss-making business for Rothschild. Who would know? However, it is more than likely that this extremely astute (if morally bankrupt) gentleman fully understood the potential of controlling information and having access to it ahead of the rest of the pack.

Rothschild had enough money that he could afford to lose some of it on his information technology venture.

The payoff came later through other business interests which were able to use that information to facilitate a massive wealth transfer which, whilst legal, was deeply unethical to say the least.

I bring this up because today, we may be in an even more severe situation. Today’s carrier services are the giant internet monopolies of Google, Youtube, Facebook and Twitter.

Until recently, these have been loss making concerns, burning through large piles of cash.
Now however, these companies (and possibly their financial backers) have a stranglehold on much of the world’s information.

This shouldn’t be a problem – if you think that the owners of these companies are people of impeccable moral character. Does anyone else remember the time when Google’s company motto was “Don’t be Evil?”

Seems a long time ago, doesn’t it?

I can’t say exactly why this would be, but my spider senses are tingling and somehow, suspect that someone has plans for us. I don’t know exactly what those plans are, but I doubt very much that I am going to like them.

So, can we do anything about this before it’s too late? Well, keeping off these platforms is difficult. I make a conscious effort to use Bing or Duck Duck Go when possible, but Facebook has a powerful monopoly on social media which is hard to get around.

I keep banging the same old drum. The Richardson Post is one of the largest independent media outlets around. We may be small, but we are growing.

We are constantly looking out for new talented people who can bring you the news that the mainstream media won’t touch. We aren’t intending to go into debt to grow. If we did, then we know that we would one day find ourselves owned by people like the Rothschilds.

We haven’t had to do that so far and that is thanks in large part to the generosity of our regular readers. I would like to thank you all from the bottom of my heart for those donations.

I know how hard it is to make ends meet these days. I have done it tough myself for many years so i know how difficult it can be. We intend to keep growing and won’t waste a cent.