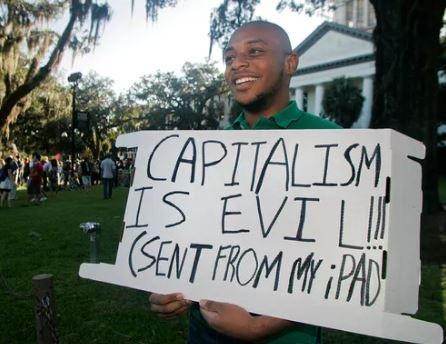 Capitalism is evil. Rich white men start companies and constantly raise prices to gouge the consumers. Meanwhile, they employ poor, working class people and drive down their wages – at least that is what Karl Marx thought.

The obvious conclusion (to Marx) was that the rich would become so rich, and the poor so poor, that the workers would eventually rise up and revolt against this oppression.

The poor workers would kill all the rich White dudes. They would then redistribute the money from the evil capitalists to the virtuous but destitute poor.

What a shame the world doesn’t work like that. If it did, then I could start a company myself. Pretty soon I would have heaps of workers to oppress and countless customers to gouge.

Then, I could spend all day on a beach with a couple of dozen beautiful girls and a small team of experts working on new ways they could be nice to me. 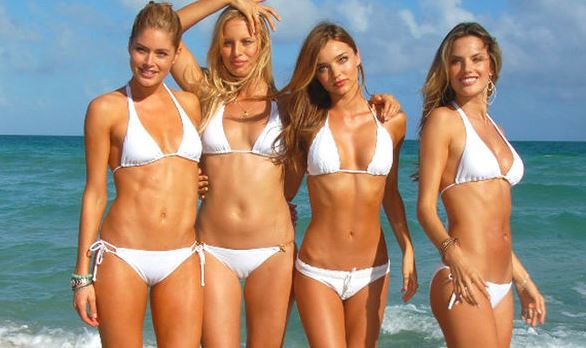 Sadly, here on Planet Earth, these things never work out – and not just because of that killjoy wife of mine.

Imagine, you are nicely set up growing fields full of cabbages. People just can’t get enough of your produce and you are the only grower around.

Obviously, you don’t want to do all the hard work yourself. You decide therefore, to employ some people to plant, weed and harvest the cabbages for you.

Being an evil, right-wing capitalist, you decide to pay these people as little as possible and keep most of the profits for yourself. So, you advertise for workers at a salary of one cabbage per month. 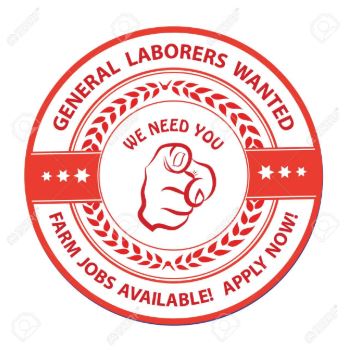 Much to your surprise, the phone doesn’t ring. “Lazy B@#$ds,” you scream! “These people just don’t want to work.”

After doing some research however, you discover that local workers are earning the equivalent of ten cabbages per month at your neighbour’s onion farm. Being as this is a capitalist system, you can’t force, or threaten these workers to come and work for you.

The only choice you have is to offer them a better deal. You might simply offer them more cabbages per month. Alternatively, you could offer better conditions, more flexible hours, a better path to promotions or whatever.

Because you can’t find workers at below market wages, you decide to raise prices instead. You advertise your cabbages at 100 cauliflowers each. Unfortunately, you won’t get many takers at this price.

There may be one or two ultra-rich people who love cabbage and like to show off by ordering expensive cabbage in a schmantzy restaurant. Unfortunately, that leaves you with a semi-trailer load of unsold rotting cabbages and just a couple of hundred cauliflowers for your effort.

The trick then, is to set the price low enough to sell all the cabbages.

Let’s say you manage to sell all the cabbages for 20 cauliflowers each and are sitting on a tidy profit. Even after paying for labour and all other overheads, the cabbages only cost you 1 cauliflower each to produce.

The problem is, that some of your workers are determined to take over the means of production. Fortunately, this is a Capitalist society. They won’t rise up, kill you and expropriate your property – the man with the gun will see to that.

Instead, one of your workers has been saving up the cabbages you paid him. He has taken these to the bank as collateral, along with a kick-ass business plan and has now bought up the farm next door. 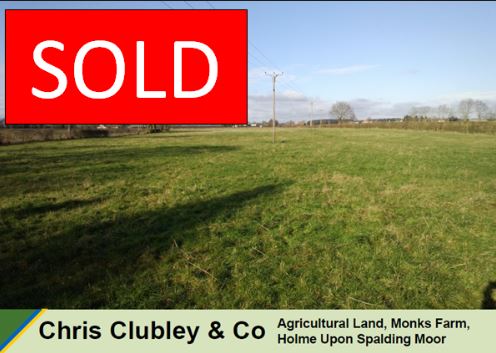 He knows that he can afford to pay higher wages than you do, sell the cabbages a little bit cheaper than you and still make a good profit for himself. This forces you to raise your wages and lower your prices – to compete.

This competition is brutal. Both of you (probably more in fact) will be locked in a constant battle to drop prices to gain market share, whilst bidding up wages to secure the best workers.

Not everyone can win this game. Eventually someone will reach a point where they are losing money. Soon afterwards, they will go broke. The only way the business owner can survive, is to organise his production more efficiently than his competition.

He must reduce his inputs and increase his output as much as possible. Perhaps he can plant his cabbages closer together.

Maybe a better fertiliser will help increase production. He might invest in machinery which will allow one worker to pick or plant as many cabbages as ten workers. 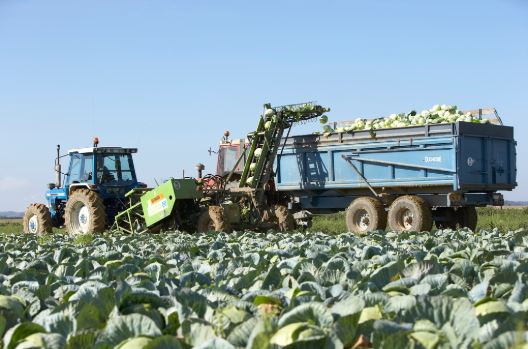 Now he can sack nine workers and produce cabbages much cheaper than his neighbour – for a while. Of course, his neighbour will either go broke, or will invest in similar machinery.

The winner of this competition will be the farmer who can produce the most cabbages with the least input of land, seeds, fertiliser, labour and other costs.

Once his competitors go broke, or decide to grow other vegetables, he may be able to raise prices slightly. However, once his profits start to rise, competition will come back in and try to undercut him.

What about the workers? In the short term, this process can be devastating. Losing a job is never pleasant. If the workers were long term employees, it can be particularly painful.

They may have mortgages and other long-term commitments. Picking cabbages may be all they know. They may have worked their way up in the farm. Perhaps they are on a better wage because they know all the systems and are experienced.

They now have to find a new job and start to work their way up again. If they are older, this is especially difficult and painful. 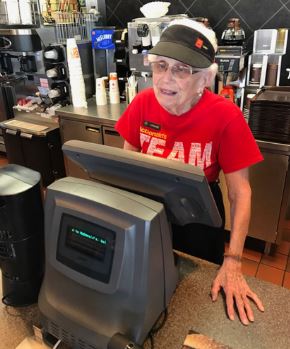 Even the worker who retains his job and is now driving the cabbage picking machine is at a disadvantage. The business owner now has one job and ten potential employees to choose from. He can now negotiate even lower wages for the remaining employee.

The business owner may gain slightly in the short term, but his competitors will be busy making similar changes, driving down their costs and producing more cabbages per employee. Any increase in profit margins will therefore be temporary.

So, who does benefit? Well strangely enough, this scenario is not all doom and gloom. The people who benefit the most are the cabbage consumers. Competition drives down the cost of cabbages and makes them plentiful. 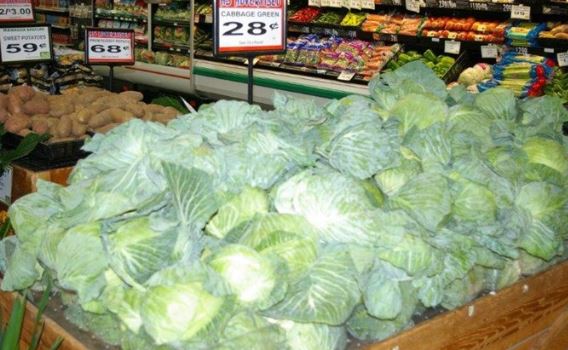 The business owner and the workers may well be cabbage consumers themselves and will benefit from lower prices, but not much obviously. However, it is not just the price of cabbages which is coming down.

In a capitalist society, prices of all goods are constantly dropping because competition forces more efficient production. This equates to an effective pay rise for workers and business owners alike. This offsets the lower wages to a large degree.

There is however, another force at play here. As the price of cabbage drops, people are likely to consume more of them. If the price drops low enough, the neighbour might start feeding them to his cows to produce high quality wagu beef.

Whatever happens, lower prices mean that more cabbages will be required. That means that the farmer will want to increase production, which means hiring more staff. He may also hire sales and marketing people to sell more of his cabbages. He might employ someone to invent new cabbage recipes. 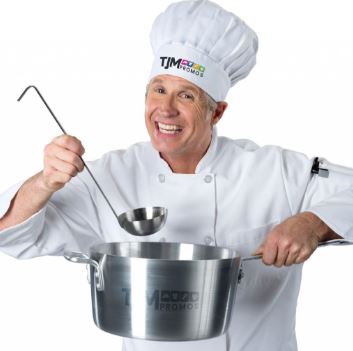 Meanwhile, the laid off workers will have found new jobs. They may be mowing lawns or inventing telephones which are no longer attached to the wall by a wire.

Whatever they are doing, the farmer will now need to bid wages back up to attract them back.

The number of goods produced by each worker is constantly rising in a capitalist society. The number of people however, is relatively static (assuming the Government doesn’t open the borders to mass immigration).

Overall wages – in terms of cabbages – are guaranteed to rise in a capitalist society. The wages of each individual however, do not necessarily rise constantly. Individual wages tend to roughly reflect how productive each individual is at any particular time.

Steve Jobs created a company which revolutionised the mobile phone. His smart phone allows farmers to photograph cabbages and send those photos to world renowned cabbage experts on the other side of the world for advice in real time.

By creating products which were so beneficial and increased the productivity of so many people around the world, Jobs was able to become fantastically rich. Not everyone can do what Steve Jobs did, however, we all can benefit from his genius. 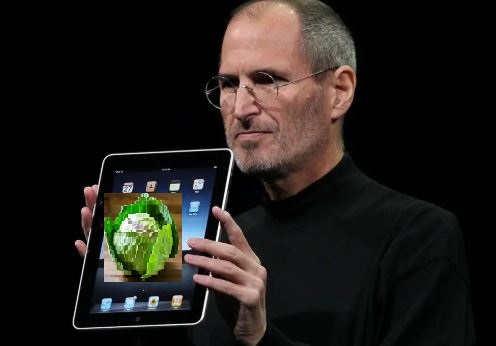 What is more, in a true Capitalist society, we can choose how much or how little we want to produce. If we want to spend more leisure time with our families or enjoying life, we can. If we want to work hard studying and learning to be more productive, we can do that instead.

Profits and wages in a Capitalist society are restricted not by force, but by competition. Even Steve Jobs had to contend with Samsung and a host of other wannabe phone manufacturers.

Whilst this does not guarantee equality, it offers the great majority of us the chance to earn a decent, and ever expanding, supply of cabbages.

It also means that if you want to be wealthy, you have to work hard and constantly innovate to produce lots of things that people want. You also have to be careful not to spend too much of what you earn.

Not surprisingly, lots of powerful people don’t like that idea one little bit. 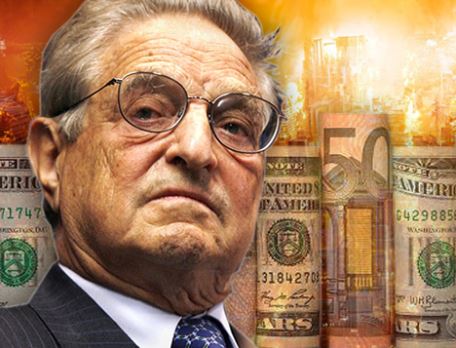