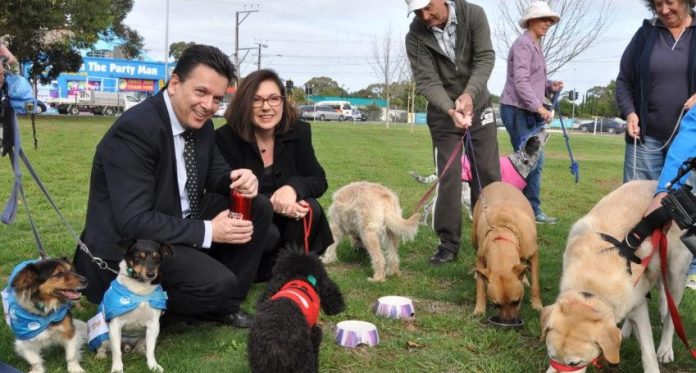 A hung parliament, an obstructionist senate, possibly even a Labor/Greens socialist Government. Not surprisingly, many Liberals are left wondering about the wisdom of dumping Abbott for Turnbull.

Could they have done better if they had kept him? Would things have been even worse? We will never know the answer of course. In my view however, that is the wrong question to be asking anyway. The question we should be asking is, “why was Tony Abbott so badly on the nose in the first place.”

The Rudd/Gillard/Rudd Government was an unmitigated disaster for this country. During the greatest mining boom in history, they turned a $20 billion surplus into a $300 billion deficit. By the end, they had nothing to show for it. Worse still, much of the spending was ongoing. It was unable to be unwound because of a sympathetic Senate.

Simultaneously, they turned the world’s most successful immigration policy into a free for all. People smugglers, terrorists and country shoppers celebrated while dead bodies piled up on the shores of Christmas Island.

Meanwhile, the Federal Labor party was in disarray with Julia Gillard knifing Rudd who then staged a counter-coup shortly before the election.

Genghis Khan could have won in these circumstances.Tony Abbott not only won however, he hit the ground running with some spectacular successes.

Most impressively, he stopped the boats dead in their tracks. Even the media couldn’t figure out how he did this until months after it happened. He reined in the deficit and would have done more had it not been for a hostile Senate.

For sure he didn’t have John Howard’s political instincts (a knighthood for Prince Phillip, are you serious!) and he wasn’t the most polished performer. That didn’t affect the man in the street however. He should have been forgiven for that, but he wasn’t. 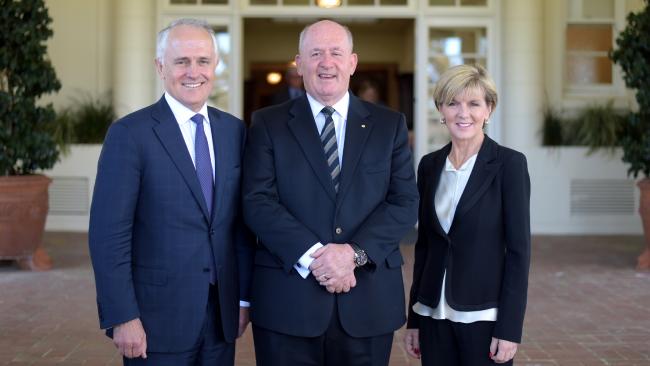 So why was he hated by so many? It doesn’t seem to make any sense. I have seen this happen before so it is hardly without precedent. I well remember when Margaret Thatcher became British Prime Minister, promising controversially to halt immigration. At that time, the UK was in dire straits.

The country’s finances were in such a bad way that the British Government couldn’t even borrow money on the bond market. Instead, it needed a loan from the IMF just to keep the lights on. This was the largest loan the IMF had ever had to make. Talk about a banana republic!

Inflation was running at up to 24%. Rubbish and coffins were piling up in many British cities due to strike action and most of the nation’s industrial production was hopelessly uncompetitive (think British Leyland). 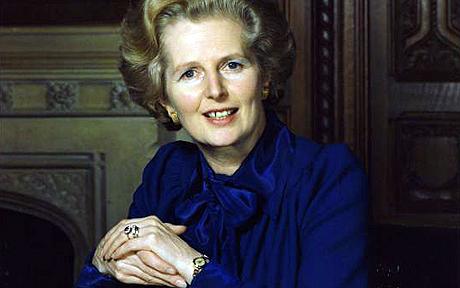 When Thatcher came in, she administered harsh medicine. Interest rates were raised to 15%. Subsidised industries were cut loose and privatised. Taxes were cut across the board.

The results were very tough. Millions were unemployed and I was one of them. Like all of my contemporaries, I hated Maggie with a passion and I blamed her for it. I didn’t realise at the time that it was not her fault.

Those jobs would have been lost anyway. It wasn’t six months of Thatcherism that caused the pain, it was the thirty years of radical socialism that preceded it.

The pain we endured is hard to describe. The manufacturing sector in the North of England was hit particularly hard. 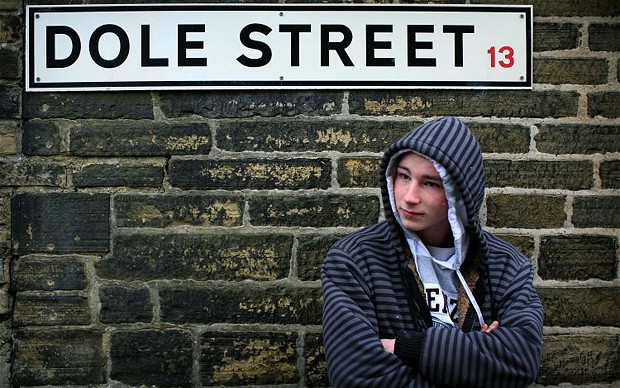 Coming out of school into this mess and looking in vain for an apprenticeship is something I will never forget. The sense of hopelessness is etched indelibly into my memory.

By the time her Government was voted out seventeen years later however, Britain was booming. Its economy was the envy of the world. We were making world class motorcycles again for the first time since the fifties.

Wages were rising strongly and inflation was under control. Standards of living were probably the highest they had ever been and work was becoming plentiful. Any objective observer could see this.

Margaret Thatcher is viewed by many as Britain’s best post war Prime Minister. 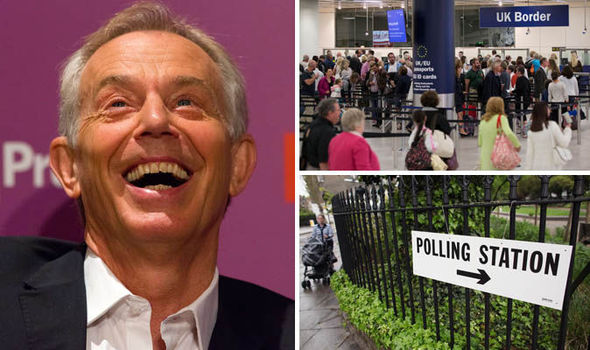 The Blair Government which succeeded her flooded the country with migrants, ran the economy into the ground and destroyed swathes of British culture with political correctness. By 2009, the country was almost as bad as when Thatcher had taken over.

When Margaret Thatcher died a couple of years ago, you might then have expected her to be remembered fondly, or at least with a grudging respect. Instead, the song “Ding Dong the Witch is Dead” became a No1 best seller.

The same depressing story is repeated all over the Western democracies. First, the Left gains power and screws the economy. Then the Right gets back in and fixes things up. Once things are working again, the Right is thrown out and the Left screws it up all over again.

All the while, the Left gains popularity while the Right becomes less and less popular. Incredibly, people today are embarrassed to admit to being Right wing.

So why is it that the success of the capitalist Right is not recognised and appreciated? Why is it that Right wing political parties are having to adopt disastrous Left wing policies in order to remain electable?

The reason is twofold. Firstly, Right wing politicians have completely failed to explain their economic policies. They should be doing this in simple terms which ordinary people can understand.

I voted Labor all my life until I discovered the truth. Stupidly, it wasn’t the Liberals who explained economics to me. In fact,many Liberals are economically illiterate. 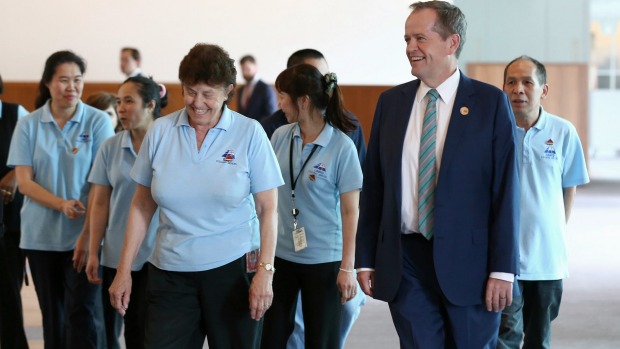 A former member of John Howard’s Government once explained to me that migrants were needed to do jobs that Australians wouldn’t do. He told me that they couldn’t find Australians to clean Parliament House.

What a load of rubbish. I had to explain to him that there were plenty of Aussies who would love that job. The problem wasn’t lack of workers. The problem was that the wages they were offering were too low; supply and demand 101. Bringing in workers from overseas was merely flooding the labour market to reduce wages to a level that the Government wanted to pay.

What they should have done was to have either paid the rate that was being asked or put up with a dirty building (they could of course have cleaned the place themselves and done at least one useful thing for the nation).

If conservative politicians don’t understand their own economic principles, how can they explain them to the rest of us?

Explaining economics clearly is vital, because socialism is like alcohol. At first, things feel wonderful and people love it. Unfortunately, the more you administer, the worse things get.

As Thatcher herself said, “Socialism is great until you run out of other people’s money.”

Capitalism, by contrast, is like abstinence. It starts with a hangover but then things slowly get better and better. 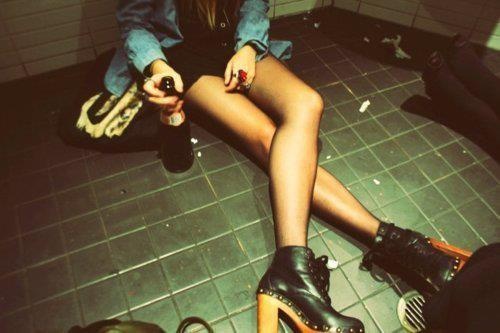 Politicians wanting to take away the punch bowl, need to explain things very clearly. If they don’t, then of course they won’t be popular. People feel the pain and blame the grown-ups. Who can then resist the siren call of the socialist with his offer of free booze all night long?

The second, related problem is our education system. In short, while Right wing politicians have been preoccupied with sorting out the economy, the Left have been completing a “long march” through our schools and universities.

Consequently, our children are graduating from school with a world view which is totally divorced from reality.

Hard core socialism is an ideology which is utterly destructive. It has killed more people than any other political movement except Islam. Our societies recently prevailed over a multi-decade “Cold War” against socialism. 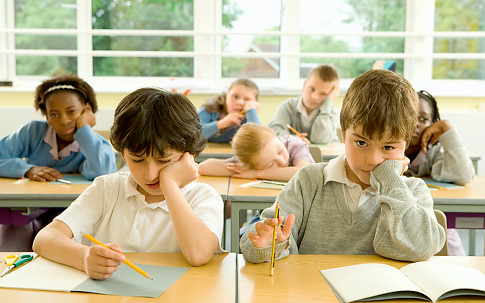 Incredibly however, our children are today being taught that socialism is a great idea. This stranglehold that the Left has over our children’s education has poisoned whole sections of our societies and their institutions.

The Right need to take back our schools and universities. It needs to ensure that children understand its principles.It needs to explain its principles to pupils and show them how and why it make societies so successful.

Instead of arguing over how much funding schools receive, those of the Right should be arguing over the curriculum. Ordinary people are sick of having their children coming home from school with a completely skewed view of reality.

What is the easiest way to fix things up? If it was up to me, I would insist that before graduating, every child be compelled to read two books. One of these would be Right wing, one of them Left wing.

My pick for the first book would be the incredible, Economics in One Lesson by Henry Hazlitt. The second would be the “Bible of theLeft”, the interminable Das Capital by Karl Marx.

If that doesn’t cure kids of socialism, nothing will.

FINALLY – OUR REVOLUTION BEGINS: TRUMP IS BRINGING BACK MR. CHIPS