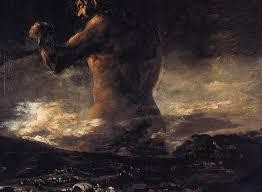 I’ve never done this before, and I’ll probably never do this again, but I’m going to share a poem with you. I’ve never been much of a poetry fan. I don’t know why but it just never seems to speak to me as it should. I kind of prefer people to tell it straight. This one poem is the exception.

It was written by Rudyard Kipling. Like generations of children, I was enthralled by The Jungle Book (and the movie of the same name) and other children’s tales he wrote. Later, I was amazed by the story of his incredible, yet tragic life (he was reputed to have politely declined both a knighthood and the title of Britain’s Poet Laureate).

It wasn’t until far more recently however that I came across this poem, quite by accident. I can’t understand why it isn’t much more famous (the conspiracist in me is however, deeply suspicious).

I found it so inspiring that I printed it out and taped it on to the wall in the smoko room next to where I sat for lunch. As I was writing my book on the computer I would often stop and read it through.

No matter how many times I read it, I can’t get to the end without breaking out in goose bumps.

The poem is about what Kipling calls “the Gods of the Copybook Headings.” In nineteenth and early twentieth century England, school children were issued with “copybooks.” These were like exercise books but each page had a heading. The children were required to copy the headings underneath to practise their writing skills (you may have heard the expression “blotting your copybook”).

The headings were based on Old Testament proverbs and Ten Commandments type morality; basic concepts such as truth, honesty, and fair dealing. Some of these are enshrined in the poem itself.

Kipling compared these to the kind of flim flam, feel good ideas spouted by charlatans in the market place. He was referring to ideas such as tolerance, social justice (how is that different to ordinary justice?) and re-distribution of wealth, which today we might call “progressivism.”

In this poem, Kipling foresaw the decline of the empire. Somehow, I think it is every bit as relevant today as it was when Kipling wrote it. 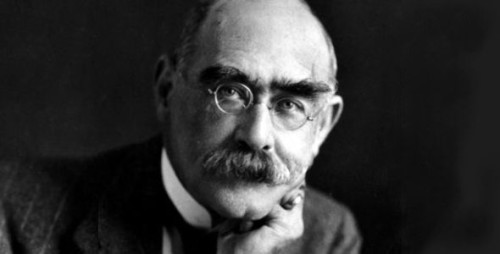 The Gods of the Copybook Headings

As I pass through my incarnations in every age and race, I make my proper prostrations to the Gods of the Market Place. Peering through reverent fingers I watch them flourish and fall, And the Gods of the Copybook Headings, I notice, outlast them all.

We were living in trees when they met us. They showed us each in turn that Water would certainly wet us, as Fire would certainly burn: But we found them lacking in Uplift, Vision and Breadth of Mind, So we left them to teach the Gorillas while we followed the March of Mankind.

We moved as the Spirit listed. They never altered their pace, Being neither cloud nor wind-borne like the Gods of the Market Place; But they always caught up with our progress, and presently word would come that a tribe had been wiped off its icefield, or the lights had gone out in Rome.

When the Cambrian measures were forming, They promised perpetual peace. They swore, if we gave them our weapons, that the wars of the tribes would cease. But when we disarmed, they sold us and delivered us bound to our foe, And the Gods of the Copybook Headings said: “Stick to the Devil you know”.

On the first Feminian Sandstones we were promised the Fuller Life (Which started by loving our neighbour and ended by loving his wife) Till our women had no more children and the men lost reason and faith, And the Gods of the Copybook Headings said: “The Wages of Sin is Death”.

In the Carboniferous Epoch we were promised abundance for all, By robbing selected Peter to pay for collective Paul; But, though we had plenty of money, there was nothing our money could buy, And the Gods of the Copybook Headings said: “If you don’t work you die”.

Then the Gods of the Market tumbled, and their smooth-tongued wizards withdrew And the hearts of the meanest were humbled and began to believe it was true That All is not Gold that Glitters, and Two and Two make Four — And the Gods of the Copybook Headings limped up to explain it once more.

As it will be in the future, it was at the birth of Man —There are only four things certain since Social Progress began: — That the Dog returns to his Vomit and the Sow returns to her Mire, And the burnt Fool’s bandaged finger goes wabbling back to the Fire;

And that after this is accomplished, and the brave new world begins When all men are paid for existing and no man must pay for his sins, As surely as Water will wet us, as surely as Fire will burn, The Gods of the Copybook Headings with terror and slaughter return!