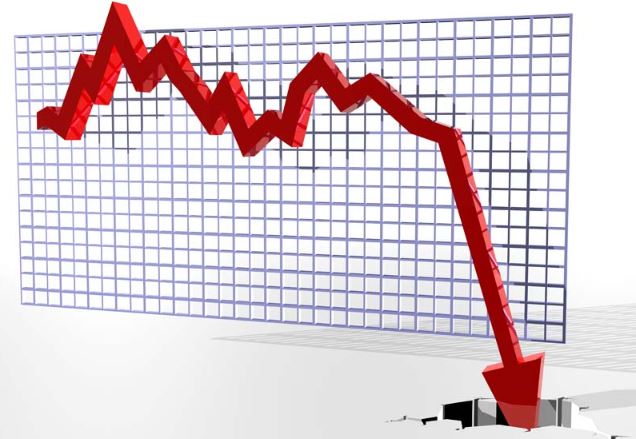 Gillette recently took a decision which in years to come, may well be regarded as the stupidest in corporate history.

They released an advert which was possibly the most insulting commercial ever aimed at a business’s core customer base.

In this case, that base is men.  Not only did the advert unrelentingly criticise alleged aspects of a man’s character, they sought to humiliate and emasculate us.

When I saw the ad in January of this year, I quietly went to the bathroom and cleared out all Gillette products after 50 years of using them.

I then went to Le Clerc and bought my first Wilkinson razor and looked up “Harry’s Razors”—a male-positive alternative, online. Never again will I buy a Gillette product. Never.

In case you are the only man on the planet who hasn’t seen this insulting ad, here it is:

As if stupid had no limits, Gillette doubled-down and put out another anti-man ad seeming to promote transgenderism.

Short sighted, I’d say. Once a tranny kid gets regular on its hormones, he-she will toss their Gillette too.

Only one company called them out on their toxic ad toward men—Egard.

Egard is a watch company I’d never heard of, but the owner, Ilan Srulovicz, had the guts to call out the PC crowd.

Egard released a positive ad for men, showing them in their historical protective roles—firefighters, soldiers, police, etc.  I bought one of their watches on the spot—like a few million others—and the company was overwhelmed with orders.

I waited happily for delivery of my new watch, which was on backorder due to volume. This company deserves as much success as Gillette deserves bankruptcy.

SO HOW DID THIS WORK OUT FOR GILLETTE?

Apparently, I was not the only razor user who treats women with respect and felt like he was being punched in the gut for being a man. Millions did. We’re tired of political correctness and if you insist on pushing it, prepare to lose money.

All I can say is that I wish Gillette (and their owners, Proctor & Gamble) had lost more money. I also wish that Egard had sold more watches.

Which idiot ‘progressive’ at Gillette proposed that they target the company’s core customer base and attack them as bad people?

Worse still, the management at both Gillette and Proctor & Gamble supported this idiocy.

In spite of the back lash they proved that their management is “so ‘woke’ it should go broke.” Darwinian principles work at the corporate level as well.

So, let’s talk about this supposed ‘toxic masculinity’

Anti-male messages abound in, or even dominate, the media today. Throughout history, it was the male sex who did the hunting instead of the gathering and most of the fighting of wars.

We also dominate pretty much all of the most dangerous occupations. Not surprisingly, we are a more aggressive gender.  The weak or passive males generally fell first. We have our roles, and aggression has been that of the protector. Perhaps that is why they say, “faint heart never won fair lady.” Most women respect strength.

It’s not all fun and games when you have to be the protector—and it has admittedly brought out some bad tendencies upon returning from the danger zones.

That is especially true when wars were forced on men by tyrants, kings and elected thugs. I don’t excuse aggression against the weak nor do I condone it, but let’s look at what it means to be a man.

How generous has this now-deposed and defiled Patriarchy been to its supposed beneficiaries?

Men were also 25% more likely than women to be unemployed under the toxic Obama Administration.

Under the Obama Socialists, the most disrespected people were our heroes of Americanism—also mostly men.

Men are broadly under-appreciated, undeniably over-criticised and are now being encouraged to subdue the very traits that have made us useful throughout human history.

I want you to learn a word and use it often: Misandrist

We endure the term ‘Misogynist’ every day from almost every talking head and banshee screamer of the media.

It has become like a form of Chinese water torture. In fact, many media pundits couldn’t describe President Trump’s tie without suggesting that it was prima facie evidence that he was a Misogynist, who hated women.

Besides being just plain stupid, it is unfounded.  If anything, Donald J. Trump has been a little too fond of women. His wife, Melania might agree with me.

Donald Trump owned both the Miss USA and Miss Universe pageants. He has also been accused by seemingly every woman between the ages of 18 and 80 of pinching her on the butt at some point in his career.

Clearly, Donald Trump does not ‘hate’ women, despite what the Fake News Media would have you believe.

And it’s not just women’s beauty Trump appreciates either. I say this because no presidential administration in U.S. history has had more key positions filled by women than that of Donald J. Trump—none.

That demonstrates Trumps profound respect for that gender and the point of view that they bring to government discourse and decision making.

President Trump’s press secretary is a woman, as was her predecessor.  His latest Ambassador to the United Nations is a woman who also replaced another woman.

Now let’s talk about the much less familiar word, misandrist, the ideological antithesis of misogynist. This term applies to someone who hates men. That would seemingly include every limp-wristed dude holding a mike (or Mike) on cable TV.

You can also include every man-hater throughout the MSM wearing a dress or pant suit. By definition, they are all misandrists. Just listen to them, from CNN to MSNBC.

Even those in the media who still ‘identify’ with the birth ‘package’ in their own pants make statements and profess viewpoints of man-haters.  If you know of an exception, I would love to be corrected.

What is the automatic response of any liberal with whom a normal person disagrees? “RACIST MISOGYNIST!” of course.

Liberals use this as their auto-response. Since honest debate is no longer allowed, I am offering the label “Misandrist” as the auto-response of Conservatives when the haters start hating.

Even better, hit them with it first, but let’s be more honest and leave out the racist slur since we really aren’t sure, though they clearly hate white men.

Here’s an example of how you could use this word to, let’s say, a Woke Lefty:

Woke Lefty: “What are your thoughts on mankind’s contribution to Global Warming?”

You: “Well, you’re clearly a Misandrist, blaming everything bad on ‘Man kind’.

Good, eh? Then the conversation switches to their defending themselves against the label of ‘man-hating’ Misandrists, rather than addressing the substance of the argument.

So, let’s try one more using their own playbook.

Woke Lefty: “What are your thoughts about Gillette’s progressive ads regarding masculine toxicity and promoting transgender figures?”

You: “Proctor & Gamble owns Tampax and Always which are brands of feminine period products. They also just bought another one called, This is L. How many male ‘period’ products does P & G offer?  That’s the question, isn’t it? If genders must be equal and fluid, as you remind us daily, then until P & G spends equal resources on male period products, they are nothing more than a Misandrist Corporation and must be boycotted!! Further, if your media company continues to advertise for them, you are also Misandrists and should be boycotted as well!”  Logical? Of course not, but that’s how they do it.

If they haven’t silenced your microphone by then, question how masculinity came to be considered “toxic” rather than a benefit to the weak in our republics.

We all have our roles and those who are unwilling or unable to protect themselves must be kept safe by their betters, as Jeremy Bentham said two hundred years ago.

So be bold in truth. Speak out. Do not let the Misandrists shut you down.  Shut them down instead.  Call them out for their hatred of men and truth.

This article is especially addressed to women, for whom I have deep respect and high regard. They are our best advisors—just as President Trump has realised—and like my beloved wife, realise that we’re better doing the fighting and the dumb parts of life.

That’s our job, guys. Protect and defend the cave; and keep safe these amazing creatures we were born to protect. They are the bearers of the progeny of our species – the precious people who hold our legacy.