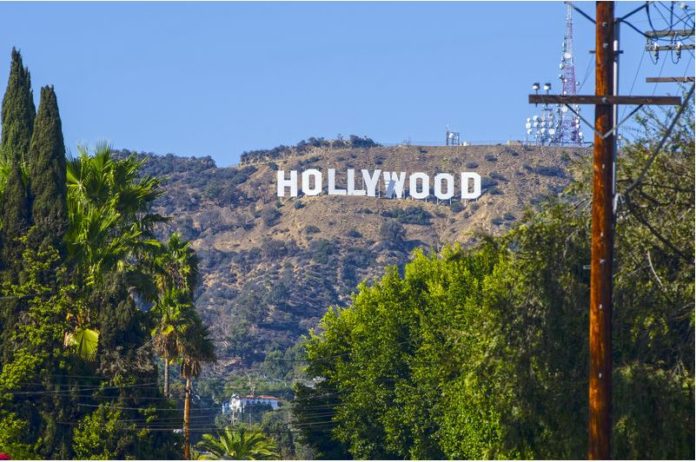 Los Angeles is the dream city for Democrats. “Tinsel Town” has liberal leftist actors spouting scripted Leftist lines, plus 59,000 homeless people living on the streets with 1.5 million undocumented, dead, or non-existent Dem voters on the rolls—to illegally swing any election their way.

This was just proven in a lawsuit filed by Judicial Watch against the State of California.

So, what did the Liberals do about this little fraud when they got busted earlier this year in federal court?

The new Socialist Governor, Gavin Newsom, ordered IDs to be printed for homeless and illegals so they don’t miss out on voting—early and often.

He encouraged more illegals to flood California before next year’s election to further pack the rolls. How’s that, you ask? Well, with those government-issued IDs, even illegal aliens can access all the free goodies as well–welfare, housing, medical care, schools–all of it.  Gov. Newsom even travelled to Central America to promote it.

But even the Hate-Trump media scrum has turned a bit sour on this one.

Perhaps it’s because they have to live in Los Angeles for their jobs in the Fake News Industry—but the issue is now suddenly being covered, thanks to Trump, who has forced public attention on the Democrat-manufactured disasters now plaguing and piling up in every liberal-run city in America.

Progressives – progressing us back to the Stone Age. Well done.

In spite of the backlash, Democrat Governor Newsom, the former mayor of failing San Francisco—has turned this into a statewide crisis solely for political purposes.

He now advocates for completely open borders, free money and universal health care for any and all who can hobble (or be hauled) into his Socialist encampment on the Left Coast—just to get more voters for 2020.

As with all Democrat-run cities, rats thrive in their homeless and illegal alien encampments by feeding off the human waste and uncollected garbage produced by them. Unfortunately, Los Angeles has let this situation go to the point of true danger.

Yes, all of this Leftist stupidity is about to have a serious consequence.

According to Dr. Drew Pinsky, 1.5% of L.A. County’s rats now carry fleas with Yersinia pestis, the bacterium that caused the Black Death and Bubonic Plague.

Historically, when that level of infection moves up just one-half percent to 2% through rat over-population, the bacterium jumps from rats to humans.

Those diseases killed roughly 1/3 of the population of Europe and Asia in the 14th century.

“Thirteen people in the state were diagnosed with typhus in 2008, compared with 167 last year (2018),” according to health authorities in L.A.

In the absence of a political 180, these cities will suffer a die-off of epic proportions that could have been avoided.  While many will claim this plague was sent by God to wipe out the Democrats and the evil they do, it will not. They live in separate worlds.

Nancy Pelosi’s gated mansion, as example, is just a stone’s throw from her district’s shit-covered homeless tenements, but it won’t affect her or her rich Democrat ruling class in their guarded mansions living behind walls they staunchly refuse to allow the rest of us to have on our borders.

Leftist shot-callers never suffer the results of what they foist on others. Their failed policies have zero effect on their own lives–and that’s the problem.

Unfortunately, karma takes time, even though all this is the direct result of their unbridled greed and desire for power.

The Democrats would rather win the election next year through outright voter fraud than save millions of their own citizens from horrifying deaths from a medieval disease.

Yes.  I said that, and after you watch this brief interview, you might agree with me.

(Video appears to have been taken down. Still worth reading the summary – Harry)

It is absolutely horrifying that Liberals are so evil and power-hungry that they are willing to sacrifice millions of human lives rather than fix the problems which could be so easily done if they acted now. How, you ask? Like Republicans have done before these cities fell to the Liberal Fairy Godmothers promising coaches, riches and glass slippers.

They could clean up the streets, as example, like Rudy Giuliani did in New York City back in the 1990s where he built shelters for the homeless—which took 95% of them off the streets.

Rudy did what the liberal mayors would not do. He forced the Democrat-run unions to pick up the trash per their contracts, which had the by-product of fixing the rat problem.

The city thrived, crime plummeted, revenues went up, and it was once more a wonderful place to live and do business—saved from the corrupt, power-mad Libs who almost destroyed it.

But the Libtards won’t fix anything. They need crime to seek ever-more power. They need grinding poverty so the hand-out-for-votes scheme works. Worse, they must have failed schools turning out kids lacking even basic skills so they can constantly grow the dependent class and keep them on the Democrat Plantation.

Liberals everywhere would have us believe that open borders and socialist giveaways for all are out of ‘compassion’, but that tired excuse contains as much crap as is now on the streets of Pelosi’s district of San Francisco. Compassion is the last thing they feel and the facts prove it.

While leaving tens of thousands of their own citizens living on the streets, Democrat Libtards are concurrently luring dangerous invaders, criminals, and gang members with giveaways not available to their own people, just so they can have a slightly better chance of beating Donald Trump next year. How’s that for ‘compassion’?

Well, that’s not compassion.  That is pure, unadulterated evil.

The Liberals are prepared to sacrifice millions of their own citizens’ lives to achieve the outcome they seek—which was, is, and always will be complete power.

Liberals are bad people.They’re no different today from the Marxists who preceded them—and the results will eventually be the same as always–millions of dead bodies, economies destroyed and civilisation’s forward march halted until the cancer of so-called ‘Liberalism’ can again be brought to heel or destroyed.

Don’t be stupid. Don’t fall for their lies. Make America (and Australia) Great Again. It may be too late for NZ unless they can oust the hapless Jacinda in next year’s elections, but there is always hope.

HUNTER’S LAPTOP REVEALS AN AWFUL TRUTH – THE CIA IS THE...