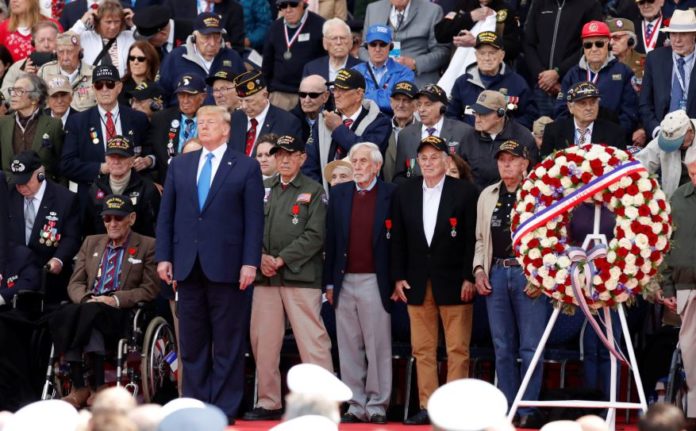 Do I apologize or apologise? Doesn’t really matter, because we both know what’s intended. I’m telling you I screwed up.

Is ‘knickers in a twist’ really that different from ‘panties in a wad’? I don’t think so. We both get that ‘someone is upset’ and we’re making fun of them.

What matters is that in 1215 we stood up on our hind legs against tyranny.  We put classical ideas into action in a little wine-growing village known as Runnymede near Windsor, just west of present-day Londanistan (Yes. During the last period of global warming—never mentioned by the Global Warming Hoaxters or included in their ‘models’—it was so warm that wine grapes were grown in the British Isles).

English nobles forced a petty tyrant, King John, to acquiesce to certain demands for freedoms and due process of law. It was a big day for all of us, but barely mentioned in classrooms as the momentous occasion it truly was.

From that humble beginning—admittedly granting rights only to nobles—the franchise was enlarged to both genders, all races and religions, and in most Democrat-run districts in America, even the dead vote.

We’ve had our spats and we speak a wee bit differently but we’ve bled side-by-side all over the globe to defend those rights and our way of life for the better part of a millennia—and it’s no time to let them divide us now.

No other civilisation to my knowledge or research ever held as a societal or  cultural belief that certain rights were divinely granted and therefore, could not rightfully be taken from them but one.

Native American culture did, which influenced John Locke’s writings and beliefs by his own admission, and Benjamin Franklin credited Iroquois League Chief, Canasatego, with designing basic separation of powers in what became the American system of government (and it’s Constitution, as will be discussed in another article). However, not even native societies recognised private property, which became a building block of our collective success as free nations.

Jury rights? When William Penn and his fellow jurors refused to be brow-beaten by judge and prosecutor into rendering a verdict of ‘guilty’, they were imprisoned, even starved, but held out for nine days until Sir John Vaughan, the lord chief justice, enunciated the principle that a judge “may try to open the eyes of the jurors, but not to lead them by the nose.” Rule of law.

This trial, known as the “Bushell’s Case,” stands as a landmark in Anglo-American and English legacy legal history as it is credited with establishing the independence of the jury beyond the court’s ability to challenge it—which is why the Progressives seek to destroy it today.

When William Penn later sailed to America as one of its founding principals—the state of Pennsylvania is his namesake—these same concepts of juris prudence migrated with him, just as they did to Australia, New Zealand, Canada and all parts of the British Empire as its citizens spread around the globe—perhaps not still thriving, but  surviving—and hopeful of restoration when we win this battle.

Battle? Yes, win the battle! The aspects of our heritage that made us great are now under constant assault.

We are in a cultural war for the very survival of the world’s most successful belief system and way of life, which is strange to me in and of itself, but necessary for greedy, power-hungry ‘elites’ to regain rule over us.

Our enemies preach of ‘diversity’ while the ‘natural rights of man’ ideology that binds us together does not infer race as a criterion.

We have proven that. Every walk and way of life the world over merged into a melting pot of Americanism, which forged its citizens into one people—until recent years—now replaced by dangerous ideologies that ignore all that made us great seeking to divide, separate, and ultimately, destroy us in the name of ‘diversity’.

Instead of being taught Americanism as in my own youth, radical Leftists from K-12 and throughout universities now preach ‘Diversity’—which can only destroy nations if non-assimilating cultures and invaders overwhelm our societies.

That is in part because our Judeo-Christian heritage was a major aspect of our belief system. The Conceivers of these radical concepts clearly put that forth when first stating their foundational principles centuries ago.

John Locke, Lord William Blackstone, Adam Smith and all of my nation’s Founding Fathers said basically the same words. These ideas were based on a belief that certain rights were divinely vested in each of us by God and are Christian-Judeo in nature and root.

As example, guess who said this, Brit, Yank, Aussie, Canuck, or Kiwi?

“Those rights, then, which God and nature have established, and are therefore called natural rights, such as life and liberty, need not the aid of human laws to be more effectually invested in every man than they are; neither do they receive any additional strength when declared by the municipal laws to be inviolate. On the contrary, no human legislature has power to abridge or destroy them, unless the owner shall himself commit some act that amounts to a forfeiture.”

So what else are the buggers out to destroy?

Well, Capitalism for one, which funded our spectacular ride to freedom and world-domination. It is vilified today and is on the Leftists’ chopping block for sure. But what few believers and almost none of the Leftist infidels in our culture know (or acknowledge) is that capitalism’s founder, Adam Smith, based his amazing work on Judeo-Christian principles as well.

In fact, what Smith considered his most important work preceded Wealth of Nations by 17 years. It was his Theory of Moral Sentiments, which sought a system of exchange and wealth based on Christian principles that most closely aligned with mankind’s nature and his God-given right of self-determination. It was Smith’s strong religious beliefs that put him on the path of finding a sound system of exchange that brought out the best in us all and most benefitted society as a whole.

Smith watched open-air markets and exchange from childhood and founded capitalism as a moral system—not the perverted mess we have today sullied by ‘corporate’ monopolies (which Smith also warned against). The origins of his system of economics in its pure form are steeped in Christian morality, not greed—and works better, perhaps as a result—than any ever tried in human history. Can it live with Socialism or under Sharia Law?  No, it can’t.

So, the Leftists who seek to shoehorn us into a Socialist World Order also seek to destroy the system that brought the common man to prosperity and out from under Elitists’ tyranny.

And it is their clear desire to put us there again unless we stop them.

If our Freedom Alliance for Civilisation is to survive, we must:

With these U-turns back to sanity, we just might survive, but let’s agree now that we will never go quietly into the night. We’ve come too far as brothers and sisters to let the dark forces of tyranny and elitism destroy us.