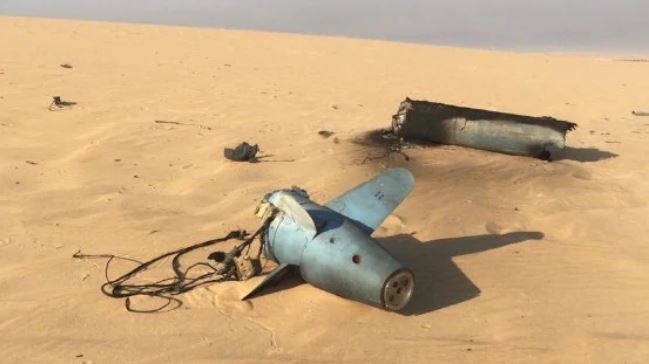 Here are the key points that together give an idea of what is about to happen:

The pin-point accuracy of the missiles that destroyed Saudi Arabia’s largest oil processing facility is a wake-up call.

Iran blames this attack on the Yemeni jihadists living on its soil, using Iranian weapons, funded with the mullahs’ money. “It’s their fault,” says Hassan Rouhani. That argument might have won over muslim sympathiser, Barack Obama, but it’s wasted on Trump. The sophistication of this attack is higher than the mullahs could have mustered on their own, even with Obama’s $152 billion ‘gift’ (that is not a typo, by the way). It was more than enough cash to buy foreign assistance, meaning either Russians or Chinese are most likely involved.

Every few days, the Islamo-nazis of Tehran order tankers seized, foreign sailors kidnapped, and lash out in any way possible to provoke the United States into attacking their regime.

Why? Because history tells them that they can garner support from the limp-wrists such as Macron, Merkel, and other EU pinkos who will immediately pressure Trump to lessen the sanctions that have brought this rogue regime to its knees, when it’s time to finish the job instead.

But Trump is not an Obama or a Bush or a Clinton, is he?  He’s a man who thinks for himself, and the chance of such a weak group talking him into giving his enemy air is about as likely as kindergarten kids talking the driver into parking their bus on the train tracks. He does not care what they think, as you can see.

So, here’s what’s at stake and why there will be a war.

Below is a picture of the U.S. Navy’s base of the Fifth Fleet off the coast of Bahrain just a few clicks east of the attack on the September 14 attack on Saudi Arabia just a quick missile ride from Southern Iran.  Imagine being the fleet commander with the real intel you fed to the Obama regime about the pin-point accuracy of Iraninan missiles ultimately paid for with barrels of cash left on the tarmac by U.S. warplanes under orders of that same corrupt American president.

It’s almost too much to contemplate, isn’t it? Sitting on this small water bound parking lot with nowhere to go in the middle of the most hostile region on earth?  What would be going through your head, knowing the enemy could take out your entire fleet and kill all your men in one go—and your own Commander-in-Chief paid for it?

Could that ‘hidden intel’ be the reason Vice Admiral Scott Stearney, 5th Fleet Commander, killed himself?  I think so.

If anyone knew the real capabilities of the Iranians—and how much progress they had made with Obama’s cash—it would be this man. If anyone knew exactly how much danger the Obama regime had forced on his entire fleet and sailors, it would also be him, and it was clearly too much for this fine soldier to bear.

If I know all this, so does President Trump, and he’s not going to let Iran’s regime have the psychological ‘win’ of taking out his Fifth Fleet in one stroke.

We can talk about the stupidity of putting such an open target like this in the Persian Gulf and giving $152 Billion in cash and gifts to the Iranians to blow it up later.  Right now, let’s talk about what to expect. The price of oil went up 14% today. America is energy independent thanks to Trump—but he knows his allies and friends are not making this a global issue—the least effect being on America this time.

Iran must be stopped before it takes the obvious next step—wiping out the largely unguarded Fifth Fleet—and spiking oil prices for the foreseeable future.

Trump’s response will depend on the outcome of today’s election in Israel.  Bibi Netanyahu will win today (September 17th) if Israelis understand the enormous danger they face from Iran at this very moment. Trump’s commitment to Netanyahu (and the Likud Party) may not extend to a weaker candidate and party like the appeasers of The Blue and White or the radical Arabs with whom they’ve allied.

With Bibi Netanyahu at his side, Trump and the mid-east coalition will see that Iran pays a heavy price for its attack. Its oil processing operations will be taken out first as a quid pro quo for Iran’s attack on Saudi Arabia, then its uranium enriching stations will be obliterated as penalty and security against a future nuclear program—but not the oil reserves themselves. They will be left to fund the nation’s recovery.

By shutting down Iran’s refining abilities, it will still have crude oil to sell, just not at a higher value added of refined products.  Being a wholesaler of raw natural resources will be a mental blow to the arrogant regime and require co-operation with the world (and Iranian people) rather than continued defiance, or Iran’s youthful population will turn over the mullahs just as they turned over the Shah in 1979.

With or without Bibi, history will be made.

Imagine Trump or anyone else trying to tell the ‘Expert’ class a few years ago that Trump would 1) create a middle-east coalition of muslim nations, 2) that would turn on a fellow muslim nation—Iran, and 3) work together with the United States to challenge and ultimately take down that dangerous regime—perhaps with Israel as a partner. The laughter would have been heard around the world.

Now think down the road a bit what this man, Trump, whom the chatting class and ‘experts’ so love to hate, is seemingly doing.

Peace in the middle east has actually become possible through his brilliant geo-political strategy of finding reasons for nations to work together rather than through intimidation or bribes, as well as having an incredible courage of convictions, and brutal honesty with friend and foe alike.

He is the 21st century’s Prince Klemens von Metternich.

But as I say, pack lite!

Trump is the best president in my lifetime in terms of results, just as Metternich was in his era.  The last thing he wants, is another protracted war like the one in Afghanistan, which only Trump has had the courage to end—a process now underway after 19 years.

The response to Iran’s attack will be Trump’s first demonstration of America’s new style of war. Other engagements in his tenure were simply finishing up Obama and Bush’s failures in Syria, Iraq and wherever Al Qaeda, ISIS and the Taliban defiled people. They have been crushed—and if the coalition Trump has created survives this first foray—these nations will begin policing radicals on their own.

Trump’s war will be a massive, targeted assault with surgical precision designed to cripple the already weakened Iranian leadership, giving the people the opening to complete the job of taking their country back from Islamo-nazis.

American boots on the ground for any lengthy period is not this man’s style. It will be quick and devastating to that regime.

He will then organise for the regional coalition to take management of its own region and destiny—which is all they wanted when the American camel first poked its unwanted nose under their tent decades ago.

Unlike the last American president who won the Nobel Peace Prize, this one has actually earned it.