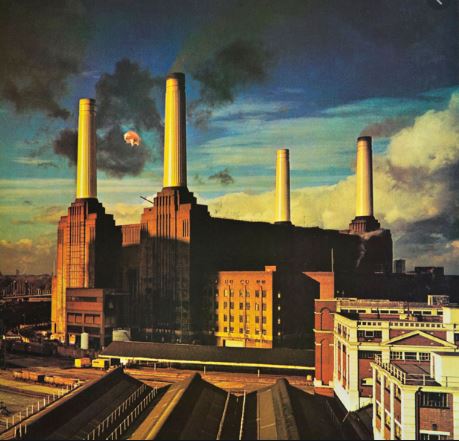 THE U.S. IS BRAGGING ABOUT ENERGY INDEPENDENCE—but what about its
complete lack of grid security?

All it would take is an air balloon the size of the one in the picture and a ‘pulse’ set off in the sky and out goes the whole grid. Poof!  They’re down literally for years.

Scientists have warned since 9/11 that such a ‘pulse’ detonated over any of our nations could knock out entire power grids, taking a decade or more to restore.

Why do we still integrate our grids making whole countries so vulnerable?

NASA recently announced that X-class sun-flares are also aligning with our planet, which could have the same effect.

“A direct hit on Earth from an X-class flare could cause major disruptions—or even destruction—to the U.S. electrical grid, which is already very vulnerable, as well as to life-sustaining critical infrastructures dependent on the grid to function.”

WE COULD SPLIT UP THE GRID, BUT HOW WOULD THIS AFFECT LOCAL POWER PRODUCTION?

Modern nations must segregate and decentralise the production of energy before the Energy War begins.

You can have all the energy in the world, but if your grid is fried, so is your water production, food production, economy and ability to respond to the attack.

Make no mistake about it—whoever controls energy, will control our planet’s future for decades to come with all the world’s bad actors having the ability to take out our grids with an airborne pulse.

Dividing them up in segregated grids to produce power closer to home is therefore a matter of national security.

There are many ways we can achieve this far more cost-effectively than under the one-size-fits all grid and the current centralised control model.  Devising a model to tailor solutions to local assets would be advantageous in addressing the issue.

For instance, if you’re in the desert, use solar—but not just to generate a little daytime power, as you will read below. Use it to make hydrogen—from water when it is available.

You have rivers? Harness them to produce energy, not just electricity—but storable energy made from water. Yes.

You have wind? Do the same. Use the unneeded energy produced by any means, to make a renewable that can be stored!

Local governments should employ their own energy in local co-ops using methods that are very cheap—far cheaper than traditional centralised means.

They will save large amounts of money while making you more secure.

A QUICK STORY FOR YOU

In 1992, we arrived at an inventor’s home in Pennsylvania on Lake Erie before daylight. His incredibly precocious little girl offered us coffee. “I made it myself,” this sprite added. “Daddy’s coming.”

‘Daddy’ appeared two cups later, but all he said after keeping our delegation waiting was, “Come,” and we did. It was almost daylight as we entered his laboratory, whose original occupants had four legs. It was a barn.

Using the cheapest of fuels—kerosene—this former jet pilot pushed a button and cranked up a rebuilt Pratt & Whitney engine discarded by the airlines. We watched the engine whir into action as he displayed an old aviation map with a large circle drawn on it with a crayon—probably his daughter’s.

“This cheap, rebuilt turbine runs on kerosene—or even cooking oil—,” he said, pointing to his map, “and it could completely power these three towns. Local production of energy is the only sensible solution for the future.”

The whole power production assembly cost $150,000, including a handsome profit for inventor and investors—which could power the three closest towns.

At that price they could buy spares for back-up. We were all in.

Our group agreed to finance the project, but after a year, the bottom line was that the energy company—now Penelec, a subsidiary of First Energy—blocked private or even municipal production of power by making ‘donations’ (a.k.a. bribes) to state politicians. Sound familiar?

Most states and their energy partners still forbid local solutions.  Once again, government was, and still is the problem, not the solution.

The University of New Mexico, however, has recently shown this idea works by placing a turbine engine running on natural gas right on campus, to support and back up other power sources.

So why not split up the grid using such methods, which could not be destroyed by intentional pulses from enemies or from X-class sun flares?

This is not only sensible; it will save billions of dollars a year.

Our investment firm also bought into Ballard Technologies in Canada in the 1990s. Ballard was the first company we found that produced working hydrogen engines that could be used in automobiles—running only on water.

“So; is there any exhaust?” we asked.

“Yes,” the technician replied, “hydrogen, which can be recombined with the oxygen to turn it back into water and reused. The hydrogen is not actually destroyed in combustion, just temporarily altered. It’s still hydrogen.”

Ultimately, the government of Canada refused to allow Ballard to start placing their engines in automobiles.

Why? Because the government could not figure out how to tax water.

Again, government was the problem, not the answer, but this gave our group an idea on how to save half the country’s energy using the electricity that was being dumped each night from the major power plants within the grids