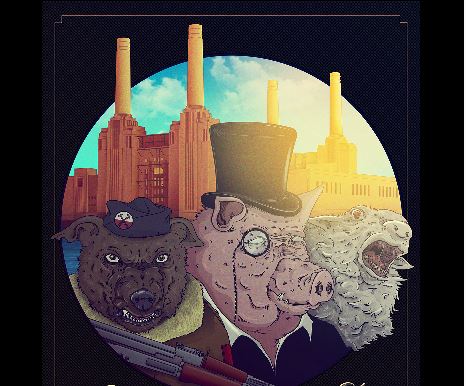 A solution—if government ever really wants one

That’s right, most modern nations dump almost half the energy produced each day as demand reduces to a trickle at night. The same inventor who figured out how to use an enzyme to make coal burn clean (CoalStar, from my last article) recommended governments use that energy to split water molecules to make hydrogen instead of dumping it, which could be used to generate energy whenever, wherever, needed. It’s storable and transportable.

He was again dismissed by the Obama Administration’s U.S. Department of Energy. They did not want to reduce fuel being used or wasted (we learned through political sources) as the natural gas industry had funnelled $100 million to Obama’s campaign—through the Sierra Club—which is why they rejected the inventor’s previous solution for coal.

They were just shifting the waste of natural resources from coal to their contributors—the natural gas companies—who laundered the money through an ‘environmental’ group, adding to the fraud.

Politically, they had no interest in solving the problem, only in rewarding political contributors—but now we have a serious danger regardless of which fuel is being wasted, and that is our integrated grids.

This a matter of national security in most Western heritage nations because we’ve copied each other’s mistakes. We have completely integrated grids that are vulnerable to attack by any radical who seeks to damage or destroy us.

So, let’s fix this

According to John Hoffmeister, former CEO of Shell Oil, and founder of Citizens for Affordable Energy, we have confirmed fossil fuel resources on earth to last over 200 years—even if no more sources are found—an unlikely prospect as recent history has proven. But most of our nations still import energy unnecessarily.

Seven million barrels of foreign oil, as example, enter the U.S. each year, only because many of its refineries are specifically geared to those types of foreign crudes—but they could and should be re-fitted.

The same alarmists who want to shut down fossil fuels haven’t allowed a new refinery to be built in 40 years, but that may soon change.

So let’s tailor our solutions to the U.S. as an example of how we can fix this.

America has more LPG than any nation so by liquefying it, they could eliminate the use of any foreign energy altogether. Natural gas is presently used in buses, taxis, and other vehicles for public use, so why not expand it to privately owned automobiles and trucks?

If 20% of vehicles, trucks, buses, etc. were produced (or converted) to use this fuel—or made into flex-fuel vehicles as most SUVs are today—America is truly energy independent just like Australia could and should be.

So break up the lower 48 States into 12 grids, sell the losing liberal state of Hawaii to the Obama types (except U.S. military bases there), and let Alaska, which is so rich in energy that it pays every citizen a ‘dividend’ each year, be on a grid of its own.

The U.S. produces more molecules of energy than any other nation now but needs to tailor its refining (or processing) capabilities to what it has, not to what others produce, and divide up the power—literally—into at least 13 grids. They can be connected in case of emergency, but otherwise operate independently of one another for security.

Australia is blessed with more natural resources than almost any nation on earth. In addition to huge coal reserves, Australia has wave and tide power from the oceans surrounding its amazing continent. Its got wind power in certain mountain areas and coastal plains (if you don’t mind all your birds dying and spending more on the damn windmills than they can ever justify in terms of power) and too much sun in an overwhelming acreage of Australia slowly suffering desertification (we’re working on an article about this problem and how to fix it, while adding food security).

So, use what you have—including coal made clean by technology—rather than giving it away to China and India.  The wind does not always blow and it is a terribly inefficient—if it weren’t, private industry would be doing it without the need for subsidies. The sun does not shine 24/7. Waves, tides, and coal on the other hand, can be depended upon, but harness them to create hydrogen, a renewable source of energy, that can be made from water—and stored for when it is needed—but returned to water after use.

But guess what, Australia? You’e still the number 3 producer of uranium in the world (5,672 tonnes per annum). Remember nuclear power? Do you remember why it was discredited? Because of Big Disasters like Three Mile Island in the U.S., Chernobyl in Russia and young tree huggers from America now living in rest homes.

Big Disasters require Big Nuclear plants, which are not only cost ineffective but dangerous. But little nuclear energy plants?—little cost and little or no danger.

All we have to do is get our federal politicians hands back in their own pockets and out of the way for sensible solutions to thrive at the local level.

Break the Australian grid up into Western, North, Central and South Australia, plus Queensland, New South Wales and Tasmania, under regional control. The uninhabited region could use geothermal or sun energy to produce hydrogen where water is available, though that’s not really needed with all of Australia’s other forms of energy.

Communities with the ability to produce their own energy will be secure against any eventuality as the Energy Wars begin. Every state in Australia has a natural resource or means of producing hydrogen to run backup systems in case of grid failure, so let’s start building hydrogen producing stations now, and a generator that can run on it if needed.

For those states that have limited energy resources, use small, clean, safe nuclear power plants, which can be linked to a larger grid, but also removed from it and run alone in the event of overall grid failure or destruction.

WE SAVE MONEY, WE IMPROVE THE SECURITY OF OUR NATIONS, AND WE RETURN POWER (PUN INTENDED) TO LOCAL CONTROL.