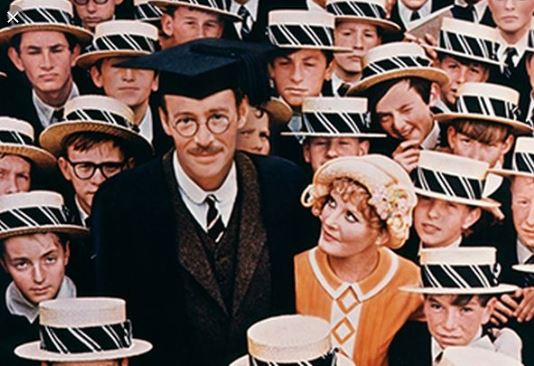 Imagine being forced to pay for your own children to be brainwashed by an evil force that made you pay to give up your own freedoms and property.

Now envision being forced at the point of a gun to make all of this violence, both actual and implied– including the destruction of your own nation and culture–come to pass.

If you live in America, the U.K., Australia, Canada, or New Zealand, you don’t really have to imagine or envision this, because you’ve already done it for at least one generation.

That’s right. For at least 25 years our children have been indoctrinated to believe Western culture is evil—and we are seeing the horrifying results of it today.

53% of America’s brainwashed youth now favour Socialism and Karl Marx is their favourite character in history. This was not an accident.

Just visit a local public school and watch them teaching Islam, Socialism, the evils of Capitalism, and the crimes of Western Civilisation—all on your pound, nickel or dollar.

You don’t even have to be choosy about the school. Any will do from the
diaper crowd to the more easily offended score+ aged snowflakes in safe spaces called ‘higher education’.

Yes. The Man is shutting this down. If the Socialists want to pay for it, start your own schools, but no more of my tax dollars will be spent to ruin our kids

That’s both the beauty and danger of a free society. Corrupting, dangerous ideas must be allowed to have voice—like Socialism and Islam—but forcing it on us must be stopped.

Forcing the societal victims of such destructive political ideologies as Socialism and Islam to pay for their children to be indoctrinated in this tripe is not only self-destructive, but inconsistent with our values.

Why do we have ‘public’ schools or universities supported by tax dollars if not to educate our people about the benefits of our own ideologies?

Using public dollars to promote hate of who and what we are is as tragic as it is surprising but that is what our so-called ‘leaders’ have been doing.

We allowed the Left to take over Education while we were all busy working and paying taxes for them to destroy us.

Just hours ago, Secretary DeVos announced that the Trump Administration was planning to defund the two most anti-American universities in my home state of North Carolina.

Those are Duke University, and the nation’s oldest college, The University of North Carolina—due to their institutional anti-semitism, but that’s just a start.

Smart too.  Basing it on racism shuts off the Socialist’s defence—more to follow on that.

In the spirit of full disclosure, all three of my children went to UNC—and I paid for it. Fortunately, they were inoculated from birth and home-schooled as Americans at our one-teacher (me) school.

That school was legally registered with the State as The Adam Smith Institute, so they survived the brainwashing.

I must admit though, there were tense moments. The Sirens of Socialism are hard to resist.

If we do not take back the educational sphere and teach Western values and the positives of our histories, we are lost.  Did we do everything right? No.

Do we deserve eternal condemnation by nations that were cannibals, slave-based, caste-based, and horribly backward before our intervention?

Also, no, and accepting political ideologies that still enshrine slavery in their ideologies such as Islam into our sphere is absolutely braindead. Teaching it? Totally
unacceptable.

We cannot yield another centimetre of our culture to those bent on its destruction.  Not one centimetre or inch. No more apologies. Do you hear me?

No more hung heads and wringing of hands. Be proud of who we are.

Ask them, “If your culture was superior, why the hell are you invading ours?”

You hear it?  Silence. There is no answer to that question. If they claim ‘danger’ then it is again because of their own culture or ideology.

If they say they want a better life, there are legal means to access our nations, and again, it is their culture which is to blame, so leave it at home and plan to assimilate into ours, not bend it to yours–or better yet, don’t come at all unless you can and will benefit us.

If it’s just for a handout or to put forth this medieval ideology of slavery for women, mutilation and rape of children—yes, I’m talking about Islam and I can quote the verses of the Quran and Surah to back it up if you wish—then bugger off.

Yes.  You can tell people to bugger off.  Got it? It’s your house, not theirs. You can send them back to the wonderful societies they are trying to impose on you.

We’ll all be better off for it and they will have to change their own nations as we did ours almost 1,000 years ago.