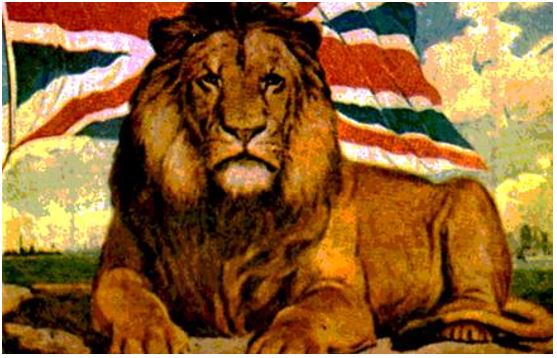 Because England’s success will spell the death of Globalism

Brussels Elites, One-Worlders, and Soros puppets are facing their greatest fear—a truly independent Great Britain restored to its fierce pride and self-rule subjected to no authority but its own people.

Why? Because the stars are aligned at this very moment in time to make The Lion roar back to the great nation it was and should be in less time than it takes Jeremy Corbyn to change positions.

But BoJo has a deal on the table!

Yes, he does. Have you looked at it?  Who controls Britain’s fisheries?  Not Britain.

Who controls levels of taxation?

Not Parliament. Tax levels must be ‘consistent’ with EU socialists.

And if The United Kingdom is required to be in ‘regulatory alignment’ with Brussels’ self-interest, then who is really in control of such easily manipulated issues as environmental concerns unique to the kingdom?

Not Parliament. The EU will have oversight—and it will be misused and abused for sure.

And who will have control over labour issues—unique to the Isles?

Again, not Parliament. France and Germany will ensure England is always non-competitive and at a disadvantage to their interests.

Foreign policy?  Oh no.  Stay on your leash.  If Brussels doesn’t approve it, England can’t wipe its nose much less blow it.

Military? Forget about it. Macron and Merkel have plans for that—but you can send your young soldiers to die in their EU army escorting more ‘refugees’ through the Balkans to flood Europe—and the U.K.

So how will England survive with a No-Deal Brexit?

Better than ever.  The President of the United States is ready to make a trade deal that will fill any gap or bridge and beyond. Instead of selling paper clips to the EU, Britain will be sending automobiles to America instead.

Will Australia abandon Queen and Home Country because it’s no longer a part of the Brussels cabal?

Hardly.  It will love it all the more.  In fact, all Commonwealth nations and Crown Territories will unite to support The Lion as it roars back to prominence on the world stage.

It’s holiday as a lap dog to Continental aristocrats has lasted far too long already.

And to that point, think of what we can all do together, united once again in culture and purpose?

Together, we will proudly reclaim our heritage.  No more stupidity of “all cultures are equal.”  That is historically provable hogwash.

We are the best, because we adhered to principles of freedom and sensible economics for the longest before capitulating to dark forces who wish to extinguish not only our amazing heritage, but our pride in it.

Just think what we can be once we reclaim our birthright?

I speak of a shared culture where Adam Smith is more appreciated than Karl Marx and our Judeo-Christian heritage is openly admired as superior to medieval death cults seeking world domination—or any other.

A proud coalition of British Heritage nations will create trade and defense alliances spanning from the Isles off the Coast of Conceit to North American and the Pacific—taking back what has been stolen from us with each cultural step backward over the past three decades.

May the sun never set on our proud way of life again.  We can begin to reclaim it with the one thing never found wanting among us—courage.

The courage to walk proudly into the unknown, unafraid.

Sometimes the best deal is no deal, Boris.  Your least of worries should be England’s success once free to be itself.