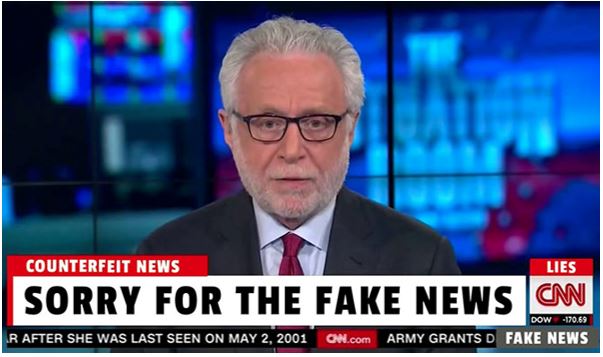 Here’s how we will do it

To kill poison ivy, you have to go after the root

CNN lost 46% of its viewership in just one year.  According to recent reports, another 26% are hanging up their remotes, going cold turkey on Fake News.

So, after The Pickering Post’s successful campaign against Gillette back in August, we decided to go after the very worst of the media liars playing ‘social warrior’—the dying network, CNN, which continues to destroy itself.

For those who missed it, our ‘Get Woke, Go Broke’ campaign against Gillette back in August forced them to drop their anti-man ad campaigns—at least in Australia and New Zealand (Whoo Hoo, Harry!), so now, we’re going global.

They’re owned by Warner Media, which is in turn owned by AT&T—mega-corp layered in mega-mega-corp.

So, this corrupt worldwide network spewing Fake News is actually just a pimple on Goliath’s backside, to put things in perspective.

So, here is Pickering’s rock that will take ‘em down

Even mega-corps have to answer to someone, and in this case, our “Pickering rock” was buying 100 shares of AT&T in time to be eligible to vote and offer issues for Board consideration at their next meeting in November.

We put AT&T on notice today that we are formally offering a motion to:

2.   Fire and replace Jeff Zucker and anchors who have caused this meltdown with responsible people to return the business to news.

But not satisfied with that, unlike little scrawny David—with whom we Pickeringites can admittedly identify—we’ve hooked up with some other Davids on this.

Project Veritas, for example, has been asked to join us.  If you don’t know who that is, you should. James O’Keefe is the President and brilliant mind behind Project Veritas.

He just broke the most amazing series of undercover tapes on CNN and its rodent-like leader, Jeff Zucker, ever.

O’Keefe is dribbling out these months of ‘undercover’ reporting on CNN (a.k.a. Clinton News Network, or Communist News Network) in David-like fashion, one rock at a time, and he has already ripped them and Jeff Zucker a new orifice.

Just watch a few of these clips and then tell me, that with fellow Davids like this, we can’t take them down at the board meeting.

We got Larry’s permission to take down CNN

Well, sort of.  We were on Skype making this plan and I asked Harry what Larry would think of what we are doing.  He recalled when the two of them took down the corrupt Council Rat taking bribes to authorise mosques in Oz some years ago.  Harry’s killer article did it, and Larry saw that it got to ‘the right people’.

That was pretty damn close in concept, and we agreed Larry would be OK with it, perhaps even flattered.

But we didn’t have a Ouija Board here in Poland, so just to be sure, I rapidly drained a beer and spun the bottle on the table while whispering “corruption” in a psychic sort of spirit, mentally reviewing the years of Larry Pickering’s calendars (soon to be available again thanks to Harry and Brendan).

Once it stopped spinning, the phallic-looking part of the bottle pointed in a direction, which – I kid you not – from Poland, would be very close to halfway between Canberra and Washington DC, arguably the two most corrupt places in the British Heritage world (well besides London, but that’s no longer ‘British’ is it mate?)

What more evidence could you need than that?

So, we’re going to run with it. CNN ran the Russia Hoax against Trump for the last three years with far less evidence than we have of Larry Pickering’s approval, may he rest in peace.

So today, we cast the stone

We officially sent our Pickering Post Board resolution to the following board members at AT&T demanding disbursement of the failing CNN asset, and are publishing the list in case others are tired of liars trying to pass opinion and fairy tales as news:

Oh, and we also sent a note to Jeff Zucker telling him what we were doing so he would know who threw the rock when it hits him between the eyes next month.

Just remember, folks, you don’t have to own shares to let these people know how tired you are of Fake News.

Rest in Peace, Larry.  Your baby is safe in Harry’s hands.