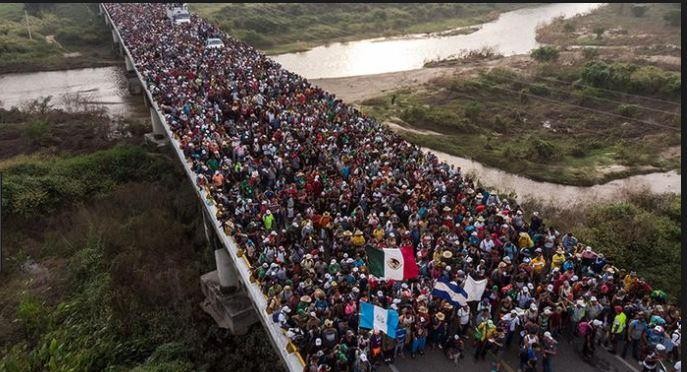 Administrative agencies of the American Federal Government since the passage of the 14th Amendment, have excluded foreigners and their children by race, creed, and color. As an example, that includes the total abolition of Chinese (The Chinese Exclusion Act of 1882) and Japanese (Asian Exclusion Act of 1924) from becoming United States citizens.

This brings great skepticism to the current debate raging in America, as today, we find the opposite interpretations of these same Amendments and Supreme Court decisions from the 1860s and 1880s, respectively, to mean that open borders are a human right.

Advocates claim that anyone can cross the U.S. border—legally or illegally—drop their spawn, and add that child to the American taxpayer’s burden forever. No questions asked or allowed by Progressive fanatics of the Administrative State or Mainstream Media—both of which once held the opposing view.

Invaders, terrorists, people sworn to kill us all—if they can get across America’s porous borders for that moment of birth—that child is to be supported forever by U.S. taxpayers.

This madness prompted me to study the issue in depth and try to figure out how this policy could possible exist. It is admittedly an emotional, politically-driven debate, whose players keep switching sides, depending on the politics of the time—but they’re all wrong.

FACT—It is true that the Fourteenth Amendment granted the right for those born in the United States to become citizens, as a means of forcing the instatement of citizenship for black Americans born on American soil (a concept known as jus soli ) who were formerly victims of enslavement.

FACT— That same Amendment did not apply to Native Americans—and interestingly enough—it only recognized men. The girls were excluded, which indicates that considerable limitations were intended by the Republican Congress that proposed it. Ruth Bader Ginsburg recently acknowledged this uncomfortable truth in an interview—during which she forgot what the Fourteenth Amendment, was about but was reminded when a member of the audience gave her a copy of the Constitution she swore to uphold.

FACT—Just two months before the adoption of the 14th Amendment in 1866, Congress also passed the Civil Rights Act to address the same issues and declared “all persons born in the United States and not subject to any foreign powers, excluding Indians not taxed” to be citizens.

If Congress did not intend for the original owners of America’s vast landscape to be citizens, the unlimited application of this idea today by so-called Progressives in both parties, seems a bit of a stretch.

Further, the phrase ‘subject to foreign powers’ clearly excludes any who come to the United States illegally as they are still subject to ‘foreign powers’—the nation from which they came.

But the hard hike uphill to the truth gets even trickier, as the last seminal decision on this issue harkens back to Supreme Court decision Wong Kim Ark from 1898, when the court ruled that since Wong Kim Ark was born to parents who were in America legally at his time of birth, he was, in fact, a U.S. citizen, even though the law at that time did not recognize citizenship for his entire race.

‘Upholding the concept of jus soli (citizenship based on place of birth),[116] the Court held that the Citizenship Clause needed to be interpreted in light of English common law,[117] which had included as subjects virtually all native-born children, excluding only those who were born to foreign rulers or diplomats, born on foreign public ships, or born to enemy forces engaged in hostile occupation of the country's territory.’[118][119][120] The ruling further required birth citizens to have “a permanent domicile and residence in the United States.”

Even the most elastic interpretation of this ruling would indicate that people illegally invading to occupy even a square meter of the country’s territory would qualify for exclusion from ever holding legal status or their children having any birthright to citizenship, but the further requirement to have “residence” in the United States is a legal term meaning that the parents must hold lawful status to reside in the nation, which is inescapable. Simply sneaking across the border or setting one foot on U.S. soil to make their offspring a citizen does not qualify. This should end the question for all times—but that is not likely, as immigration is the only life raft keeping the ‘Progressive’ Democrat Party afloat in America today. 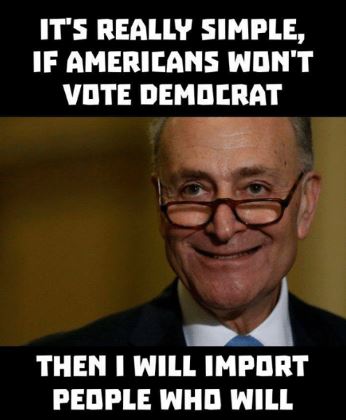 President Trump, given the seriousness of this issue and the ineptness of the legislature to act on it, has promised an executive action—which will be immediately challenged by his opposition in the life raft and the mainstream media that does most of that party’s paddling.

The President therefore needs to prepare for the inevitable court battle to prevent any of the invading ‘caravans’ from ever becoming residents or citizens by focusing on their stated intent to wilfully violate U.S. borders and determine them to be “enemy forces engaged in hostile occupation of the country’s territory.”

This 7,000 strong force of mostly young men between the ages of 18 and 24 have already broken through/invaded/violated the borders of either one or two nations, depending on whether they are Honduran or Guatemalan—and how Bangladeshis and Syrians came to be among them is yet to be determined. 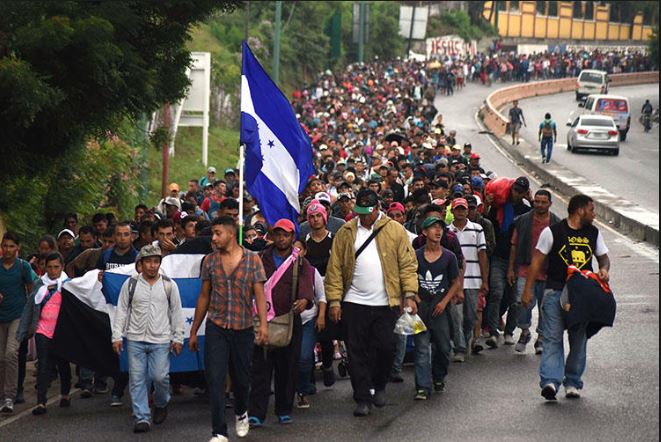 Violently breaking through international borders, tearing down barricades and openly and notoriously violating the laws of Nations, while admittedly on the way to do so in yet a third or fourth nation to literally steal benefits, qualifies as ‘hostile’ and when financed by America’s enemies, it is rightly described as a force with ill intent. 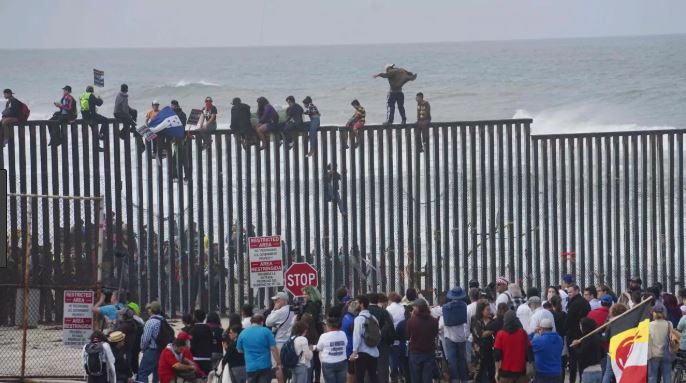 It was also revealed this week that molotov cocktails (gasoline bombs) are being produced to be used at Mexico’s Southern border by the next group of invaders, and weapons are being provided by forces hostile to America, for a confrontation at the destination border—that of the United States.

The funding for this 7,000 strong force is, therefore, quite relevant. The money is now known to have come from two Marxist dictators ‘hostile’ to the United States. The President of Honduras officially advised U.S. Vice-President, Mike Pence this week that his government can prove that the money is coming from the Marxist regimes of Nicolás Maduro (Venezuela) and Miguel Díaz-Canel (Cuba) to fund this mercenary force marching on the United States. 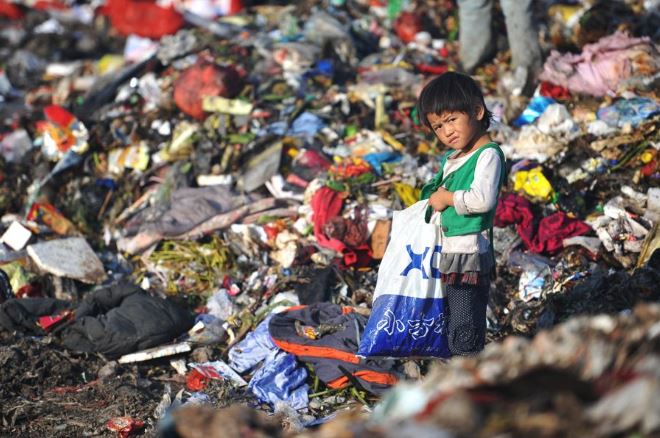 This is actually a brilliant move in my opinion, and even though I abhor the use of poor people as pawns in a dangerous game of global politics by foreign dictators, that is nothing new for Marxist or even America’s own Oligarch and Socialist Presidents in recent invasions of other nations—which cost the U.S. taxpayers trillions of dollars.

These Marxist are much more efficient than Bush and Obama were, and I do admire that, while still holding their actions in utter contempt.

This is brilliant—they are undermining their enemy, for a pittance. If their cause was for actual freedom, rather than Marxist oppression, I’d be their greatest advocate—but they are not for that. They are simply using poor, oppressed people to further their Marxist ideology and bankrupt America. 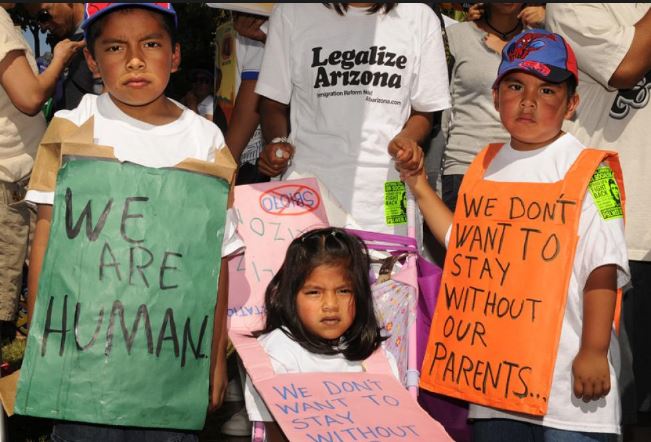 The parents of six children travelling in the caravan are suing Trump.They claim that he "continues to abuse the law, including constitutional rights, to deter Central Americans from exercising their lawful right to seek asylum in the United States".

So what will this current Marxist-funded invasion cost the U.S. taxpayer? Hispanic columnist, Sara Gonzales, recently reported on the pricetag of illegal immigration alone—with does not include those who enter that nation legally, and it is staggering:

“The Federation for American Immigration Reform — or FAIR — released a comprehensive report Wednesday on the rising cost of illegal immigration. Here are the numbers you should know:

Both are criminals—for whom I have great sympathy, as my writings attest—but I do not defend those who intentionally violate the laws of nations—or the sanctity of my home, in fact, and I very much equate the two.

All the President actually needs to do is declare this invasion as that of a ‘hostile force’ and he is covered. He can stop them, arrest them, imprison them, and send them back, with prejudice—meaning they can never return again or be considered for entry into the United States—and neither can any nappy-wearers they disgorge during their stay on President Trump’s soil.

This is not an issue that affects only America, but all countries. Are we to allow any and all to invade our sovereign nations, because they have allowed their own leaders to impose less successful policies and stultifying ideologies on them at home?

We should not. People need to sort out their own governments, not just flee to those that used human freedom and its inevitable results to their benefit.

Get rid of your own dictators, and put those ideas to work where you are.

NO WONDER I CROSSED THE ROAD?