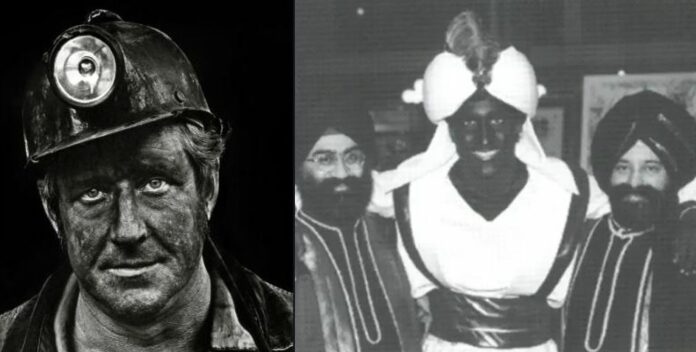 AMERICAN COAL MAKES ZERO DIFFERENCE, BUT SOCIALISTS HAVE AN AGENDA

The Climate Hoax is winding down as temperatures drop and real scientists speak out. Unfortunately, the Socialist agenda to take over America via this ruse rumbles on.

As previously reported, even the author of Socialist AOC’s “GREEN NEW DEAL”, Saikat Chakrabarti, admitted it’s not about clean air and water – it’s a power play.

Maybe tired old Socialist, Bernie Saunders, hasn’t gotten the memo. It was just a dirty ploy to seize power by expropriating everything in the name of ‘climate change’, Bern, so stay calm and mind the crap.

It’s a takeover. A scam. America’s air and water haven’t been cleaner in memory.
Temperatures are dropping so fast now the new hoax being discussed is ‘Global Cooing’ while their plan to take control of all property continues.

So, let’s talk COAL – the backbone of power production – and nemesis of the unhinged Left

Not using it is beyond stupid. When all factors are included, Coal is now one of the cleanest forms of energy production, – A FACT (only nuclear beats it).

The carbon footprint of coal had been proven to be less than natural gas. The Obama Administration Department of Energy was actually forced to admit this via a lawsuit – yet they continued to kill it in support of their donors.

Why? Because roughly $100 million were funneled through the alleged ‘environmental’ group – the Sierra Club – to Obama’s campaign(s) from the Natural Gas industry in exchange for destroying cheaper power – coal.

That was the real ‘Green New Deal’. A Socialist will kill their Mom for green cash or power. $100 million? Hell, they’d support burning people!

Hmm. Come to think of it, they pretty much did that, not far from where I’m sitting right now here in Poland. National Socialists, a.k.a., Nazis – Greenie predecessors (hated free speech, banned competing ideologies, loved unrestricted state power).

How is America Contributing?

So how big is this coal problem in America? It’s not one at all.

The United States has only 15 coal-fired plants remaining after the Obama junta’s vendetta, but the Leftist thugs scream to close even those.

They claim America’s coal plants are destroying the entire world leaving us only ‘8-9 years’ (Bernie) or ‘just 12 years’ (Little Greta and AOC)!

So, the nutcases demand that the United States unilaterally shut down coal, while the rest of the world is expanding its use. Meanwhile, the faux Greenie high priests like Al Gore and Barack Obama are buying million dollar beach mansions.

Sensible people would realise that this was always bulls@#t when the people who told us these properties would be ‘under water’ by 2008 are paying $14 Million for them to occupy in 2020.

As comedian Bill Engvall would say in his “How Stupid Are You?” Skit, “Well here’s your sign.”

So, What are the Numbers?

Just 15 coal plants? And you think we’re stupid? The whole scam is to weaken America by any means possible, as the numbers prove.

5,615 coal plants in just 8 places. Meanwhile, the Greenies shut down the cheapest means of power production – but only in America?

Sorry Cow. We’ll get to that later

But Mama Cow makes a good point. How is her flatulence worthy of a death sentence at the hands of the Socialists when carbon is the building block of life?

What do Real Greens Say?

And that’s what brought one of the founders of the Green Movement, Patrick Moore, to his senses.

He left when, “the environmental movement was hijacked by political and social activists who learned to use green language to cloak agendas that had more to do with anti-capitalism and globalisation than with science or ecology.”

In his amazing book, Confessions of a Greenpeace Dropout, Moore said he left his own group over their abandonment of science and his own refusal to buy into “this philosophy of self-loathing.”

Carbon is to life, what freedom is to an economy

OK, that might be a bit over the top; or as one of my critics says, ‘an egg too many in the custard,’ but I find it interesting that Socialists always seems to vilify and target that which makes things work.

They destroy economies by robbing them of the basic elements which create the most successful ones. That is firstly, the God-given right to control and use your own property in the way that benefits you most.

And they show an equally alarming ignorance of science when they claim that what Patrick Moore calls, “the building block of life” is the demon that must be eliminated.

It reminds me of Bernie Sanders tired taunt about not adopting other Socialist madness, “Or we’ll all die!!” (Imagine bug eyes and hands flailing madly).

This claim, by the way, is absent even the most rudimentary evidence as anyone who has ever been in a greenhouse can tell you.

The first thing you see when you enter a greenhouse, is the carbon dioxide generator (if they don’t have a volcano or a coal plant nearby).

This evil carbon dioxide that little Greta and her gremlins so despise, is what feeds the plants. It’s the plants which in turn feed everything else on the planet.

In other words, there is no way in hell that increased carbon levels in the atmosphere is anything but a positive.

Guess what makes the oxygen we must have to live?

Plants, living on the carbon dioxide we – and coal plants – produce.
Carbon dioxide feeds the plants which in turn produce oxygen. That is why no life existed until carbon entered the atmosphere in adequate amount to allow plant life to form – from volcanoes.

It wasn’t until plant life developed and put enough oxygen into the oceans and atmosphere that animal life could even begin to form.

This is so simple and basic that it completely eludes Libs, which is why they can’t be trusted with political agendas that affect us.

We need to inform ourselves and choose sensible conservatives who are not anxious for ultimate power. That’s far better than Socialists and Progressives seeking to return us to feudalism under slightly more comfortable conditions.

Controlling our lives and property is just that – fedualism – serfs (deplorables) ruled by self-appointed ‘elites’ – Lords of the Manor.

So, here’s the takeaway

The more carbon in the atmosphere, the faster plant life (and food) grow. That is perhaps why last year we produced enough to feed 10 billion on a planet with just 7 billion people.

More plants means more oxygen for us to breathe and recycle into carbon dioxide which feeds the plants.

If you have any boneheaded Libs who fail to grasp this, have them contact me between lattes or crying sessions.