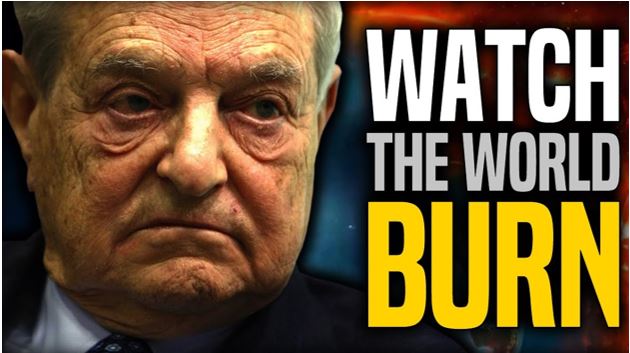 Any who thinks it is a coincidence that Leftists have paid for and stolen Brexit in England, Fraser Anning’s Senate election in Queensland or thousands of elections in America are kidding themselves.

The same money and master are behind them all.

U.S. Congress has finally announced a “full investigation” of Soros and we’ll take a small piece of the credit for that due to our relentless reportage on this hideous little man and his serious crimes.

While the U.S. Congress is focused on Soros’ attempts to install leftist regimes in Eastern Europe (using U.S. taxpayer funds), we recently disclosed his joint funding with the Obama Department of State to foment riots and rebellion worldwide

Lately Soros has been particularly busy – from buying elections (down to the local prosecutor level) in America, to defying Britain’s vote to leave the EU.

But he appears to be unable to stop the Revolution against him and his Minions, so Soros is changing up his game plan.

Looks like the charade of ‘Democracy’ now ends and taking nations by fraud, bribery and criminal acts begins

Imagine Illinois Republican Jim Moynihan’s surprise. In the recent election, he pressed the button beside his own name at the Schaumburg Public Library and the “Smartmatic” voting machine registered his vote for his Democrat Socialist opponent.

This, and the thousands of other mis-votes were deemed to be ‘calibration errors. Apart from Illinois, these not-so-smart voting machine are used in Arizona, California, Colorado, DC, Florida, Louisiana, Michigan, Missouri, New Jersey, Nevada, Oregon, Pennsylvania, Virginia, Washington and Wisconsin.

Coincidentally, (or not) these states are all Democrat strongholds.

Guess what else these States and machines all have in common? They are heavily controlled by George Soros—including the Smartmatic company who made them and Leftwing leaders who bought and put them into use.

The funny thing is, every ‘calibration error’ we’ve learned of thus far was in the direction of Leftists and Democrat Socialists—in States and Districts which were heavily funded by George Soros. Amazing, eh?

Mark Malloch-Brown is a former #2 in the UN and an Open Society Global Board member. He is Soros’ tie to the Smartmatic company (and that would fill an entire article by itself).

Unfortunately for this pair, they were caught in 2004 in Venezuela using this junk machine to seal the deal for Hugo Chavez.

They were doing the same thing in 2016 for Hillary Clinton in America which is why they were so sure she would win.

According to the non-partisan watchdog.org group, Soros-backed and funded Obama Administrators used the American Recovery and Reinvestment Act to create fictitious congressional districts and send hundreds of billions of dollars to fund Leftist schemes.

They used the ARRA’s $747 billion funding, “to set aside money for [congressional] districts that did not exist.”

According to Recovery.gov, “the plan outlined that its funds would go to 884 congressional districts, though there are only 435.”

They sent hundreds of billions to 449 non-existent districts to steal America from its citizens—a la Venezuela.

It’s amazing Donald Trump won in 2016. But what do you do if your local leaders won’t buy Soros “Left Only” machines?

Yep. If you can’t steal a whole vote, you grab a little slice of the other guy’s—each time anybody pushes the button!

Nobody sees it, as it’s just a little glitch in the software.  That’s why they say it’s ‘magic’.

Lots of Socialist votes can be created out of thin air. Combined with the Smartmatic machines, elections are being stolen, and no one in government(s) seem to be doing a damn thing about it.

Edmund Kozak wrote an article about the Soros machine being used to win Venezuela for the Communists.

In it he said, “It appears that at least 16 states [U.S.] may be using up to 50,000 George Soros-linked Smartmatic voting machines which have not yet been approved to be used in the U.S. Presidential Election,”

The left-wing fact checking site, Snopes, swears this is not true, but the National Association of Secretaries of State says it is. So, who do we believe?

(NOTE: Snopes also claims Fascism—the invention of the Italian Marxist Party of Benito Mussolini—is a ‘right wing’ political ideology, so they are either completely ignorant of history, intentionally re-writing it for their Leftist masters, or both.)

Yeah.  Let’s believe them. Marx was a Conservative and the Secretaries of State are lying.

So, what about this ‘playbook’?

The plan is to instruct Leftists on how to take over governments and reduce us all to the proletariat whether we want to be in a ‘workers paradise’ or not.

Gran daddy Soros, of course, was in on the playbook and you’ll probably recognise the trade craft from his days as a young Nazi in Budapest.

You can even download Uncle George’s new Manifesto to take out Western Leaders like President Trump here.  Look for a ScoMo version soon.

But there’s much more Soros magic behind the curtain!

When your Socialist policies are crap, and citizens won’t vote for you, all you have to do is import poor people from other nations who want your own citizen’s money for free.

It’s easy. Open the door wide and offer them handouts and “free stuff” to vote Socialist.

“Isn’t that illegal?” you ask.

Of course, it is, but when you control the local District Attorneys and prosecutors like Daddy Soros does, who’s going to challenge you?

Even election officials caught packing their voting rolls with dead people and illegals just put them back when they think no one is looking. That happened in Kentucky last month to ‘fix’ the governor’s race.

And the Soros plan is already preparing the millions of illegals he paid to import from Central America for their new role as Democrat Socialist voters.

He is doing this by having their fake IDs shipped to them in time to register for 2020’s big election next November to take out President Trump!

In fact, Deroy Murdoch of National Review found that in preparation for their plan to take down President Trump in 2020, “462 U.S. counties had a registration rate that exceeded 100% of all registered voters.”

Voter fraud is so blatant in Socialist Democrat strongholds, elections have become meaningless

A Republican would have to win by 65% just to overcome the built-in Democrat fraud.

In San Diego, it’s even worse. There are 138% more registered voters than actual population. In other words, there are 810,966 ‘ghost’ voters to overcome before a Republican even registers.

21 States (that’s almost half of them) have more registered voters than citizens.

And that matters greatly.  Even a few illegal votes turn elections.

“Since just 2000 there have been literally dozens of elections at the state, local and federal level decided by 100 votes or fewer,” according to Investor’s Business Daily.

You think it’s any better down under?

How did Fraser Anning lose his election for Senate in Queensland. I don’t know but the whole thing smelled like a three-day old, unrefrigerated fish. In some of his strongest seats, his lower house candidates polled higher than he did.

Fraser was famous (infamous if you’d prefer) the world over. He was trending number 1 in the world on Twitter before they decided he was too deplorable and shut down his account (ISIS never seemed to have these problems).

So how did an unknown candidate, who had only signed on two weeks before the election, poll higher than Fraser Anning? It beggars belief.

Voter fraud is the one logical answer, so you can bet the Soros “magic” has spread to Queensland and a Soros ‘Beat ScoMo’ handbook will be out soon.

Since you can’t cure ‘STUPID’ in government, what do we force them to do to protect our Republics?

Americans have a year, and Australia has almost three.  Both our nations prepared for world war twice last century in less time.

We must do this or risk losing our nations. 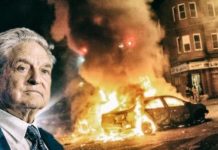 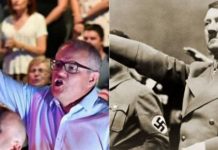 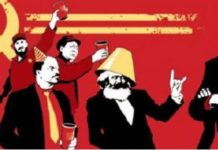 WHY ARE GLOBALISTS WHO SEEK OUR ‘REDUCTION’ ALL IN THE VACCINE BUSINESS?

WILL THE WAGES OF DEMOCRAT SIN SPELL THE END OF AMERICA?