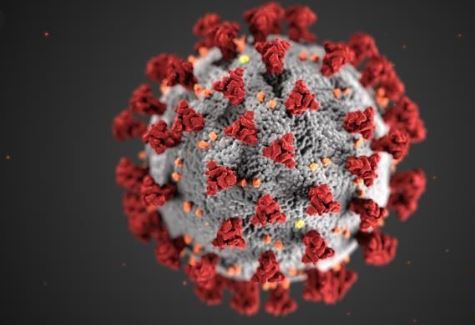 That’s not good for those who wanted to seize even more power – which is probably why you haven’t heard about it.

President Trump, even surrounded by carriers of Wuhan virus, is not affected.  Why?  He told us.  Hydroxychloroquine. The chief knows the secret, but his ‘advisors’ have it on hold.  Why?

FACT- Hydroxychloroquine has been used for malaria – which I contracted 35 years ago in South America – and has been proven effective against the Wuhan virus, which uses a similar mechanism to attack humans.

I have used this amazing drug off and on for decades to prevent relapses – which sometimes were worse than the first bout – but haven’t had a one since learning the secret of Co-Enzyme Q-10 – an analog version of hydroxychloroquine and the other Big Pharma versions derived from it.

The U.S. did not allow it – I think because it was so effective and Big Pharma couldn’t make fortunes off of it (because it already existed) – but it was available in the other countries I lived, including Poland.

The last thing I remember from the first malaria episode was passing out in my office in Port-au-Prince, Haiti in the mid-80s about a week after being in South America buying cotton  –  and waking up in a hospital in Winston-Salem, North Carolina several days later.

I was flown out strapped to a piece of plywood on freight carrier, Air Haiti, (I was told as I have no recollection of it), but  – fortunately  – I was one of their larger customers back then and they took good care of me.

Air Haiti only flew to Miami in the U.S. in those days, and I have no idea how I ended up in Baptist Hospital in Winston-Salem from there, or who I have to thank for that.

But I did – and the first face I remember seeing when I awoke was a very harsh North Carolina Judge, Laurie Hutchins – who was then my wife.

She was not pleased – but back to the Wuhan virus.

Wuhan Virus is a Demon, as Xi Xinping says, and it shall not hide.

But Wuhan was designed by the CCP “to hide,” and I’m sure ‘Chairman for life’ Xi knew it when this virulent manmade killer first leaked from his P-4 facility in Wuhan way back in November of last year.

It was programmed to replicate the infection mechanism of malaria, which is why it also responds similarly to malaria preventatives that include quinine.

Like malaria, quinine in various natural or fabricated forms disrupts Wuhan’s ability to bond with the cell it wants to suck dry of protein (like a vampire), rendering it unable to replicate.

But any MSM pundit who makes fun of your President or mine saying that there is no cure, is lying.

I take Co Q-10 every day but if I pick up this virus – which I’m sure I have because I’m out and about every day – it can’t replicate in my body.

Maybe I’m not exactly immune – and I can definitely be a carrier – but when the virus cannot reproduce itself, it cannot destroy its host.

And for those already ill with the virus, combined with Azithromycin, it had a 100% success rate in a recent human study.

Very sick people were cured – 100% of them – in just five days, using Hydrochlorquine (Pharma analog derived from CoQ10) and Azithromycin. This is big news, and 100% is a pretty strong number–not ‘anecdotal’ as the media claims.

Please check out this new study by Méditerranée Infection and spread the word.

Why you don’t need Azythromycin – unless you are already ill

Despite common belief, older people have stronger immune systems in general than younger folk, because they have fought off more pathogens in their lifetimes.

This nasty little manmade Wuhan virus puts these older, more sensitive immune systems into overdrive, and like many auto-immune diseases, their own immune system can become a problem rather than a cure.

President Trump announced the effectiveness of this drug and has only received ridicule since – until the French proved he was 100% correct.

(Google is suppressing searches on Trump hydroxychloroquine  – no autofill)

Hydroxochloroquine mildly suppresses the immune system to prevent it from over-reacting, and the Azythromycin acts to prevent the virus from re-infecting the lung tissue once it can no longer replicate.

Combined – as you can see above – the Méditerranée Infection study on patients already ill with Wuhan virus showed a complete recovery within five days.

We don’t need to die, and we do not need to let power hungry left-wing hacks steal more of our freedoms over a virus that 1) can be easily defeated, and 2) is less deadly than our normal annual flu kills from the data I’m seeing.

Granted, it is more contagious  – as it was designed to cripple economic activity and have resurgences, like malaria  – but it’s actual kill rate is very low (far less than 1% in general populations)* and it can be obliterated with existing treatments now that we know its mechanism.

But as Obama’s Chief of Staff, Rahm Emmanuel said, “You never let a good crisis go to waste”

The Democrat Governor of California is taking over hotels – private property – to take care of this avoidable ‘pandemic’, and we will publish photos – if available in the Socialist Republic of California  – of them bringing drug-crazed homeless people into the Beverly Hills Hilton and ordering them to be cared for by hotel employees.

The Democrat Governor of New York is shutting down and taking over ‘critical businesses’ – a.k.a. stealing private property – according to yesterday’s news reports, and being praised for it, while mandating a lockdown of all citizens and non-medical businesses other than food.

Now, a package is being rammed through Congress (Sunday), which President Trump suggested should be $2.5 billion, but no – the RINOs (Republicans in Name Only) and the Democrat Socialists want a cool trillion.

And I’m betting that before they’re done, the fools will almost double it! Just watch.

Democrat Leader, Chuck Schumer, just called on the President to deploy the United States Army – within the nation – which is forbidden by the U.S. Constitution.

Why would he want that, you ask?

Because when the Democrat Socialists next steal the White House, and want to put all private property under their control – as already promised in their “Green New Deal” – they can claim President Trump ‘set precedent’.

And my favourite Left-Wing stupidity is “MORE THAN A DOZEN Democratic lawmakers are calling on the Department of Homeland Security to freeze its enforcement-to-detention pipeline,” and “suspend deportations” of illegal immigrants.

And get this – they are also calling to eliminate ALL border controls and open the nation to all comers who have no place to live – while Democratic governors are ordering Americans to stay in their homes or face arrest.

Oh – and they are releasing dangerous criminals onto the streets “to prevent a broader outbreak of the coronavirus in its facilities.”

You get that, right?

Let every Tom, Juan and Raheem flood the nation while American citizens are required to lock themselves in their homes – or be put in those same jails and prisons for not complying?

Can anybody out there think of anything more stupid?

I’m sure they’ll come up with something more ridiculous today, but I can’t even imagine what it will be.

But at least sick Chinese aren’t coming in, right?

Thank God for President Trump stopping the flights – some direct from Wuhan – as soon as he found out about their sickness, but the open-border crowd doesn’t care or want to hear that.  They called him a ‘racist’.

But the facts are, “The Border Patrol apprehended 2,060 aliens from the People’s Republic of China crossing the U.S.-Mexico border in fiscal year 2019, according to U.S. Customs and Border Protection.”

Every time I think the Lefties have reached Peak Stupid, I’m proven wrong.

So, get your Co Q10, and don’t let them steal what freedoms you have left over another ruse.

This is a very contagious, deadly bio-weapon – but it doesn’t have to kill us.

PS. *The only real test thus far of the effects of Wuhan virus in a controlled situation was the cruise ship  – The Diamond Princess  – which turned around after leaving Yokohama on February 4th but was returned to dock and quarantined in Japan after realising the virus was on board.

The ship carried 2,666 guests and a crew of 1,045, for a total of 3,711 persons who were exposed.  The first screening showed just 10 guests and crew tested positive for the disease, and perhaps some avoided contact altogether, but that seems a bit unlikely.

Just two days later, the number jumped to 41 infected even during quarantine, and so on.

I don’t have the precise breakdown of age, but the description I’ve seen is “mostly elderly” which means even of this more affected population, the death rate from our study set is .00216.

At .00216 death rate, I’m more likely as a Conservative to be killed by a Clinton than Wuhan virus.